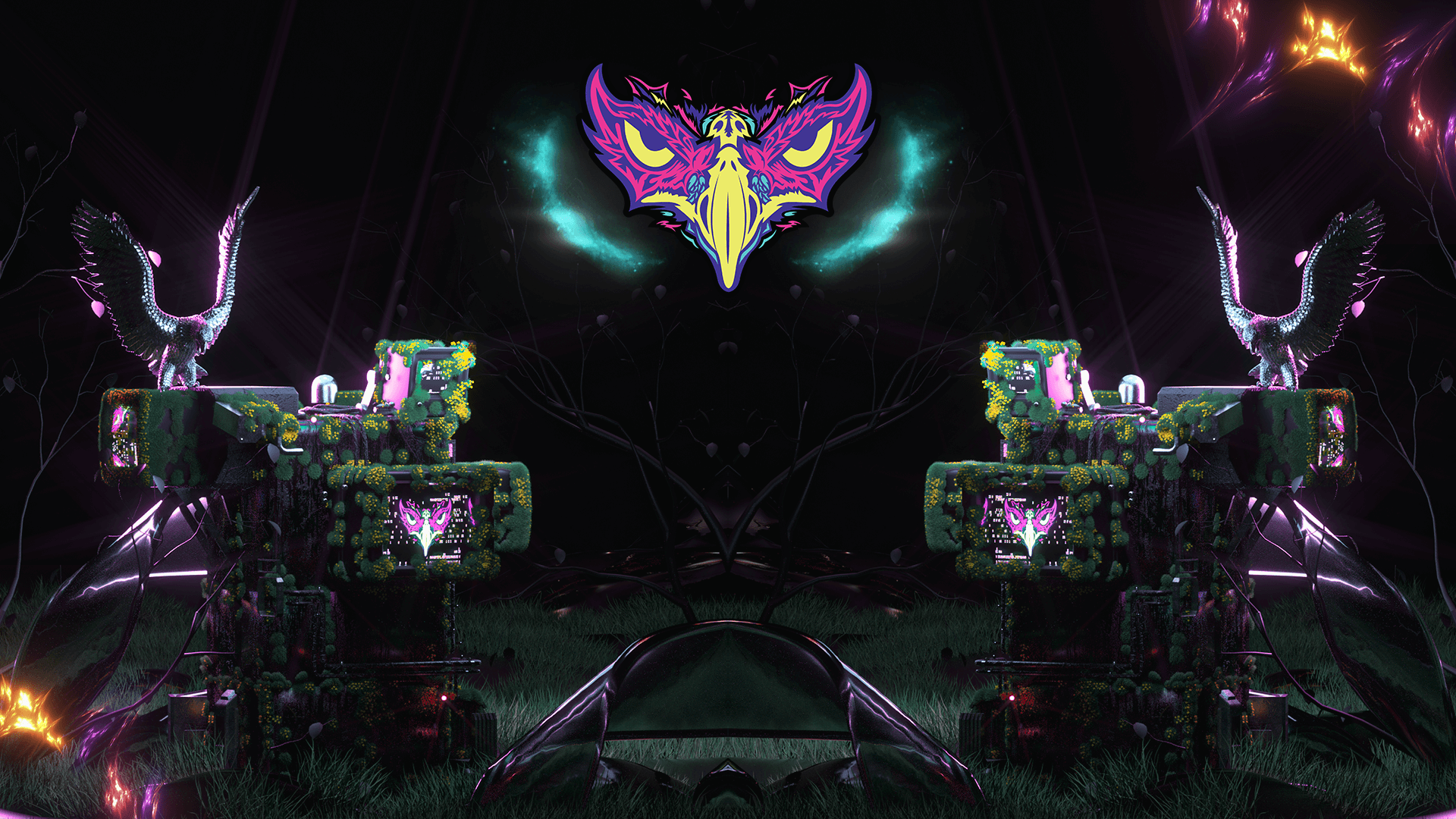 Halloween is one of the best times of the year for a multitude of reasons. Temperatures beginning to drop, staying in and binging corny scary movies on Netflix, the highly sought after Pillsbury Halloween sugar cookies that’ll make you sick from eating a whole pack in one sitting. And, obviously, the music releases. Every year, you can count on a number of spooky tunes to drop around this time. From mixtapes to compilation albums, we put together a list of this year’s releases with blood curdling samples.

It would be a gross injustice to not start with the Sable Valley livestreams leading up to HALLOWEEN IX.

Arguably the most anticipated annual drop, Sable Valley has been streaming every RL Grime Halloween mix in order throughout the month of October. Leading up to the worldwide premiere of HALLOWEEN IX this Thursday, October 29th. You can stream the mix below, but we’d also highly encourage watching the full A/V here.

Presented by Wubaholics, A Nightmare on Wub Street has some of the meanest underground artists on this compilation album.

Even including an Electric Hawk premiere for our good friend Oli, this straight up thriller features Feelmonger and more. Trick or treat? This one’s definitely a treat.

From another incredible underground collective Founding Frequencies, ezbz showed out with his Halloween mix.

You might not believe it ’till you see it, but this tracklist boasts music from SHADES, VCTRE, CharlesTheFirst, and more, all mixed in with clips from classic horror movies like Nightmare on Elm Street and American Pyscho.

Ravenscoon did not one, but two insane Halloween mixes this year.

Double, double, toil and trouble. Side A alone comes in swinging with an Excision “Get To The Point” intro and clocks in at over an hour and a half long. If there’s one thing we know for sure, it’s that Ravenscoon is not messing around.

“The Devil’s Den” by Wolfgang Gartner and Skrillex is an OG piece of music, so you can imagine the Fransis Derelle and Craymak remix of it.

How could we not mention the 10 Days of Dead Treats from our favorites over at Deadbeats, too?

For the past two weeks, Deadbeats has been spoiling us with giveaways, mixes, streams, and more. If you haven’t already joined in on the fun, here’s your sign to do so below. And shake ya ass to this spicy Wreckno mix while you’re at it.

Between the creepy artwork, the experimental basslines, and the spine-chilling collaborations with Afterthought, Project Pat, and Hydraulix, this one is a do not miss.

Another one from WAKAAN, VEIL casts spells on sounds in her new SUMMON EP.

This two-track EP is one to make the devils dance, riddled with ominous vocals and haunting basslines. She will also be making her WAKAAN debut at their Halloween drive-in event on Montage Mountain, joining Sully, LUZCID, Rusko, and the boss himself, Liquid Stranger.

Brace yourself. We’ve also got an all original, hour-long Halloween mix coming from yours truly, DMVU.

You heard it here first – “all heaters, no sad boi shit.” And if you do want the sadboi shit, head over here for the ‘words we left behind‘ downtempo set. Range, baby.

Following that, a special Halloween edition of Electric Mitten Monday from the one and only Illanthropy.

Plain and simple, this man is next up. From dubstep, to dnb, to some hip-hop and trap, Illanthropy does it all with a honed in precision and finesse.

But in this case, we’re referring to “broken” by REDRUM. Let’s just say we’re absolutely bewitched from this beautiful new single.

And, of course, Halloween Heaters 3 from ADBC Records.

The third edition of this yearly compilation album, Halloween Heaters 3 has a tradition of being scary good. This time with music from Great Dane, jordnmoody, sfam, ALEPH, and more.

While we normally would be at a Halloween festival of our choosing in costumes we spent an ungodly amount of time putting together, the amount of new music we can celebrate is probably the next best thing. Last but not least, we hope everyone has a safe and happy Halloween.

Hope you all enjoyed our spooky version of new music Friday and, as always, let us know what you’re listening to by tagging us on Twitter!

If you’re looking for a solid playlist to follow? Keep up with our weekly Spotify playlist, Fresh Hunts. Whether it’s new RL Grime, all your other favorite artists, some old-school, or underground…we just want you to hear it.