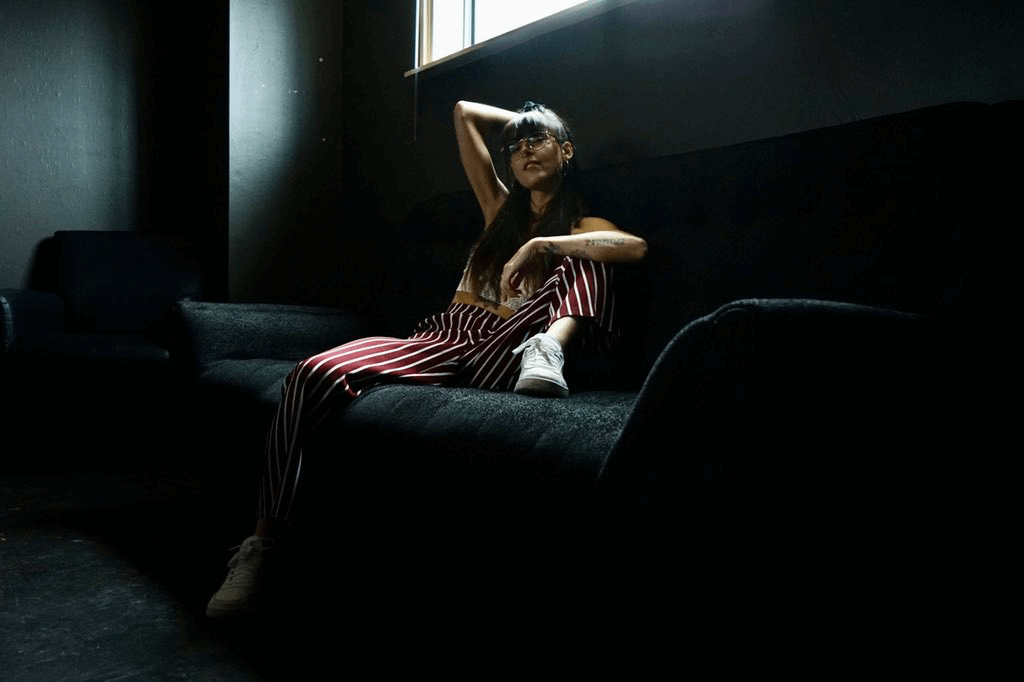 Producer REDRUM released her flip of “Peace” by Alison Wonderland today, and it has some witchy vibes. REDRUM, AKA Tatiana Tindall hails from Portland, Oregon and has flashed some undeniable talent in these early stages of her music career. We were also lucky enough to chat with REDRUM. Read about her music making processes and aspirations in the interview below.

Electric Hawk: We love to know a good backstory, and we know that sometimes music calls to people in unique ways. What called you to music and how did you get started?

REDRUM: My dad is the reason I got into music; he was a composer, musician, and DJ and his passion was passed onto me. He was the one that bought me my first flute and guitar when I was a little girl, and music was something we always bonded over. When I was younger, I was actually a ballet dancer and was a lot more focused on dancing rather than music. Music had always been something I enjoyed, but I never saw myself having a career in it until a few years ago.

When I was 17 years old, I was diagnosed with Hodgkin’s Lymphoma and was forced to quit dancing because of bone & muscle damage I sustained from chemotherapy. I became very distraught and depressed because I had lost my artistic outlet and couldn’t find anything that sparked the same drive in me. Until two years ago at a show when I had a realization that I wanted to make music… I dove in and haven’t looked back since.

EH: Holy cow, that’s an incredible story. You obviously have some pretty significant influences in your life. Tell me about your inspiration, whether it be another artist or something else.

REDRUM: I draw inspiration from SO many different things, but the biggest inspiration for my music is actually all the challenges life has dealt me. I think trauma can inspire some really personal and meaningful art, and it’s really empowering to take an experience that was supposed to break you down and transform it into something beautiful.

I know the things I’ve gone through aren’t unique to me and so many other people have had similar experiences; we all have our demons and I use music to process everything I’m going through so it’s very transparent and raw. Writing helps me heal which is what I’d like my music to be able to do for others. My dad passed away this September, and as hard as that has been, it’s pushed me and my music so far because I’ve been able to pour all this emotion into my music. It’s been extremely therapeutic to me, and I’m writing some of my best pieces right now.

EH: Music is such an incredible outlet. Since you said you’re writing some of your best pieces right now, is there a specific way you would describe that sound?

REDRUM: I honestly have a really difficult time describing my sound, and so do the majority of people that I send my music to; which I really like! It’s a collection of so many of my influences, it’s unique, and I don’t ever want to be perceived to be stuck in a specific ‘box’ or genre.

EH: I love that! Sometimes we can feel like putting a genre to a sound makes it easier, but it has the potential to put an artist in a box. As you look forward to making music that’s out of the box, what vision do you have for your career over the next year?

REDRUM: This year I’m mainly focused on having fun doing what I love, which is enjoying the process and exploring as well as creating new sounds. My biggest goal is to keep working and perfecting my craft; I’ve only been producing for a little under two years so I’m still just scratching the surface of music production, and what I’m capable of. The most important thing to me is to produce authentic music and stay genuine to myself and my sound, my project is my story and I’m working really hard to create an entire experience to immerse yourself in.

EH: Speaking of new sounds, you’re releasing a flip of Alison Wonderland’s “Peace” on February 5. What’s special about this flip and what do you want people to know about it?

REDRUM: Remixes were something that intimidated me for a long time because I never knew what I would want to add or change, but now they’re my favorite thing to work on. I get so excited to see people stoked on songs I’m flipping and eager to hear what I do to them. I never thought anyone would vibe with what I write so that’s been really cool and humbling.

This is one of my favorite Alison Wonderland tracks and I think so many people can resonate with it. The idea of verbalizing that you WILL be okay without that person in your life is a massive step forward in moving on from that heartbreak. This was the most challenging flip I’ve done so far because I love the original so much, so many talented artists have made amazing remixes, but I’m really happy with how it turned out and I hope you guys enjoy my version of one of my favorite songs.

EH: Thank you SO MUCH for sharing. You have such a phenomenal story and we can’t wait to hear more from you! Is there anything else you’d like readers to know about you?

REDRUM: I’m just a little rave girl who had a dream and started making music in her bedroom. It is absolutely wild to me that anyone listens to my music, and even more crazy that people dig it. I’m so grateful to this community for being so open and supportive of new artists and sounds it means the world to me.

We are so thankful for the chance to interview REDRUM and are excited for what comes next for her. And don’t forget to grab your cauldron, cast a spell, and stream her newest flip, “Peace” below.

And if you’re looking for a solid playlist to follow? Keep up with our weekly Spotify Playlist, Fresh Hunts. Whether it’s the newest music from REDRUM and all your other favorite artists, some old school, or underground—we just want you to hear it.