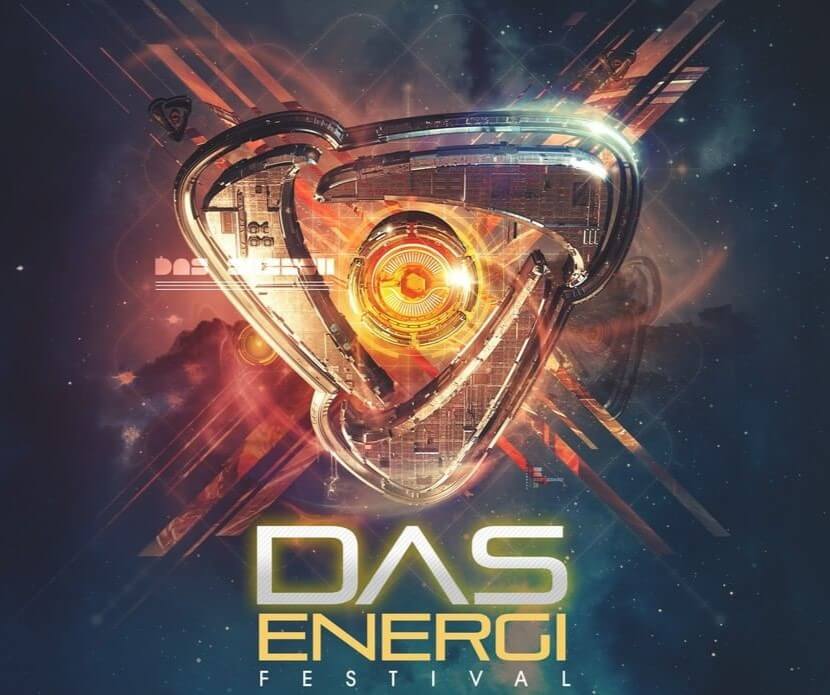 By Natalie CoreyAugust 8, 2022No Comments

The 10-year celebration of Das Energi Music Festival has finally arrived in Salt Lake City. Holding its own on the edge of The Great Salt Lake in a historic building of immense beauty, this festival has held strong for a decade of dance, dreams, and dramatic growth.

Having hosted names like Excision, Seven Lions, Knife Party, Above&Beyond, RL Grime, and so many more. Gee, they even had Zeds Dead close out at their debut weekend in 2012. Talk about a way to set up a tradition. V2 Presents as the promoter has continued to push the limits on this ever-growing Salt Lake phenomenon.

Going all the way back to the year 2000, we find the two creators of V2 Presents begin their journey of throwing shows, pushing themselves for 5 years before an evening up in the mountains near Salt Lake called Versus 2. The festival was raided by local authorities and set in motion a PR wave that the creators rode into a now-17-year run of heavy-hitting music as they created the company V2 Presents in 2005.

In 2012 and 2013, V2 Presents began to find themselves in the public eye more and more. They partnered with large event promoters in order to create Das Energi. Eventually running the festival on their own, creating the largest EDM event in Salt Lake City.

2022’s Das Energi has Deadmau5, Excision, and Louis the Child headlining the anniversary celebration. Along with names like Tinlicker, Decadon, Nostalgix, and Zingara, Das Energi is switching up the arrangement of the stages that we have had for years. They’re attempting to make that sandy walk a little less sandy and a little more dance-y. They have also brought a brand new secret main stage set up called Titan created especially for the Das Energi 10 year celebration.

The current Production Manager at V2 Presents (BC) explains many years of friendship with V2 through touring before moving to Salt Lake City. Moving on from a stage manager for some of the festivals to full-time in 2018 the V2 Presents team is in good hands.

Electric Hawk (EH): In the recent years of post-industry-shutdown, where has there been the most growth at V2?

BC: V2 has grown in many ways since the industry re-started. We have expanded to multiple new venues, begun throwing many more events per year, grown our existing festivals to new heights, and hired new team members to help accomplish even more.

EH: What do you believe is the most impactful part of what you do for the community?

BC: Creating and enhancing the experience of our festivals. Creating bigger, better, and more impactful stages and production, especially at Das Energi Festival. I’m always trying to improve upon the last show and think outside the box, learning from mistakes and experimenting with new things. Then of course, seeing the community’s feedback and love for what we work so hard on throughout the year.

EH: What has changed the most about Das Energi over the past ten years?

BC: I haven’t been with V2 for the full ten years, but since I have we went from the beach stage on the Galactic Flats being the third and smallest stage at the festival in 2018, to now rivaling the main stage in size, artists, production, and is one of the main selling points of the entire festival. We have really focused on building the Galactic Flats as a key element of the festival.

Before my time, Das Energi began in 2012 as a one-day festival with only a handful of artists performing, and it is amazing to see how far it has come over the past 10 years.

EH: What are you most excited about during the anniversary celebration?

BC: Seeing the massive new main stage and the new festival layout take form. The Temple of Boom stage will be placed in a different area of the beach than in previous years. There will be more art installations, vendors, and experiences than ever before. I think the changes are going to be very positive and have a huge impact on the festival as a whole. It will be very exciting to see it come to life from concept to IRL.

EH: What does the future look like for V2?

BC: We are just hitting our stride and growing more and more each year. We look forward to expanding our existing festivals, working with new and old venues, throwing more shows in general, and building up the community. Each year forward brings bigger and better opportunities for Utah and for the scene as a whole.

We look forward to seeing what is in store for Das Energi’s 10 Year Anniversary. It certainly seems like a lot of preparation and care has gone into executing the secretive effort of all of the changes we get to see when walking into that historic Great Saltair once again. And hopefully for years to come.

Looking for new music? Keep up with our weekly Spotify Playlist, Fresh Hunts. Updated every Friday with all the latest releases. Whether it’s the newest drops from all your favorite artists, some old-school, or underground–we just want you to hear it.