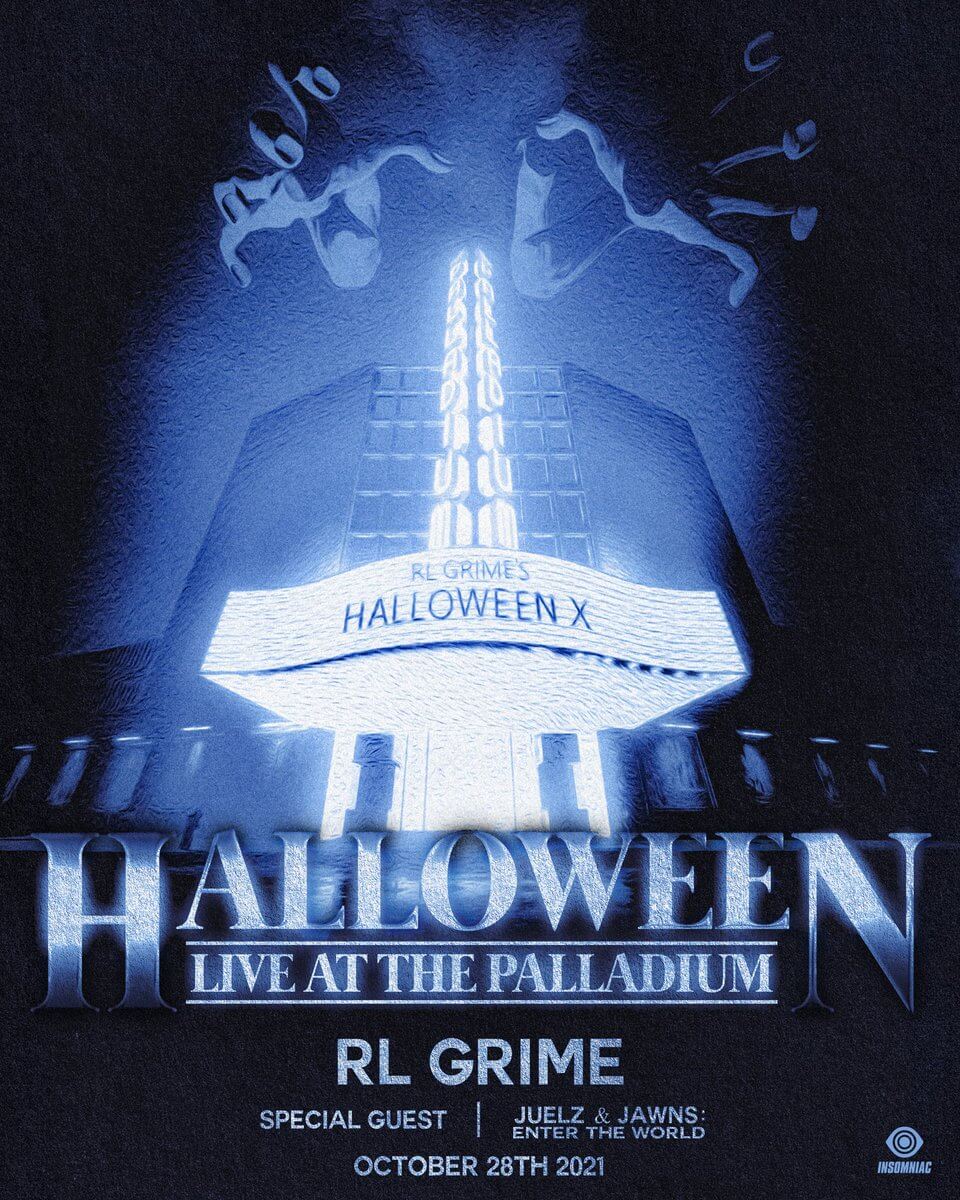 An announcement was made earlier today from RL Grime regarding his new Halloween X. But this announcement ended up being so much more than we could have ever guessed here at Electric Hawk…

A ten year tradition given new life, an undead becoming if you will

This year will be the tenth year that this king of the underground will release his Halloween mix. Highly anticipated every year, it becomes every electronic music fan’s October soundtrack. Only moments after we were told to keep an eye out for an announcement about this year’s Halloween mix from RL Grime, twitter refreshed and we found what we were looking for… And everything we didn’t know we wanted.

The revelation that this year’s mix would be played live at the Palladium in California excited and thrilled everyone. And after finding out that Juelz and Jawns will be joining him on October 28th, we are already pulling out our wallets. After their collaborated release “Enter the World” on Sable Valley, it seems that RL Grime has continued his admiration for this team by giving them a b2b at the first-ever live Halloween mix.

And if you’re looking for new music, keep up with our weekly Spotify Playlist, Fresh Hunts or follow us on Twitch. Whether it’s the newest drops from all your favorite artists, some old school, or underground—we just want you to hear it.