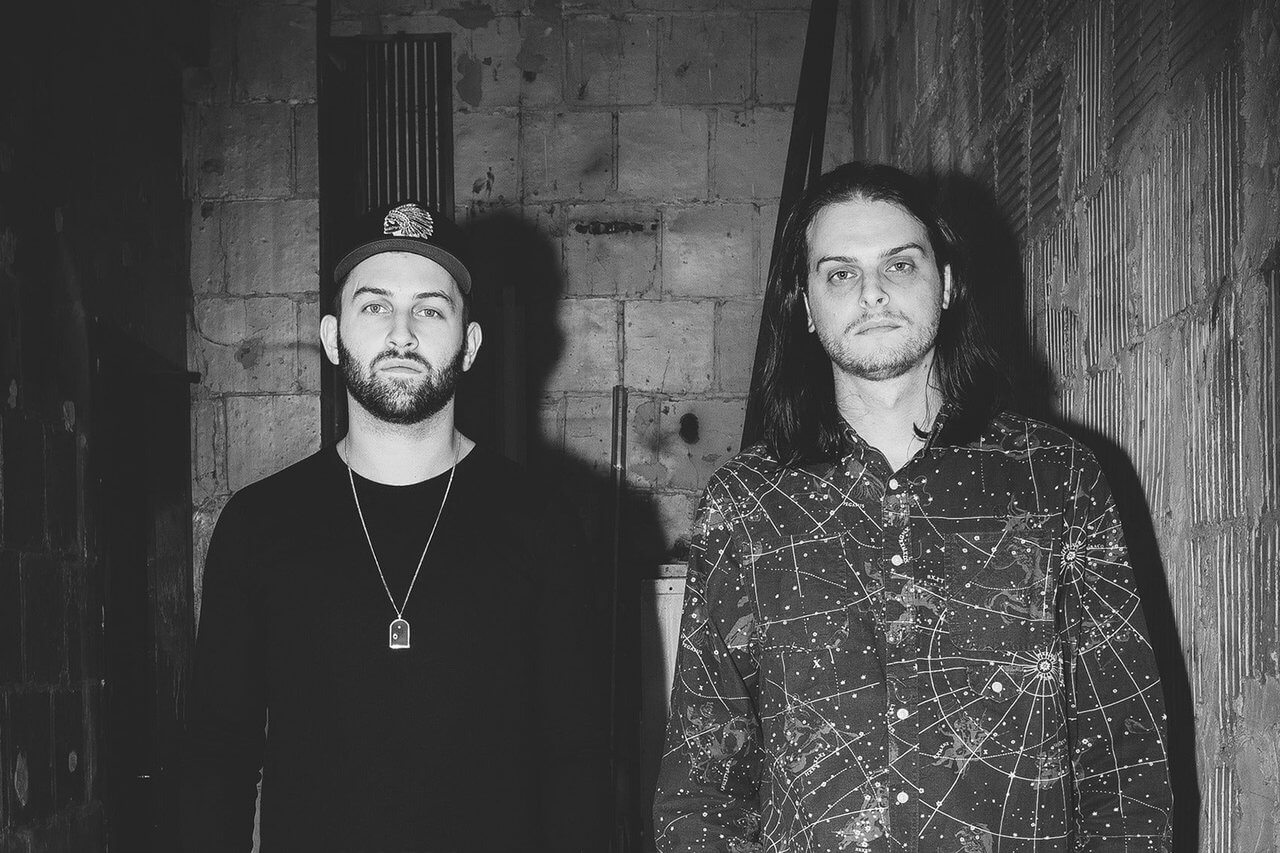 Like many music publications, Electric Hawk was founded upon the core idea of sharing music that we love. One of those artists being a Canadian duo that goes by the name Zeds Dead. From tracking down unreleased IDs, celebrating the launch of their flagship label Deadbeats along with their countless successful releases over the years, and hitting up every ‘We Are Deadbeats’ tour stop we can, we’ve watched as Hooks and DC have dominated every square inch of the electronic music scene.

On the fifth anniversary of the Deadbeats launch, the esteemed tastemakers announced the next exciting venture in their career: the birth of their second imprint label, Altered States. While Deadbeats conquers the dubstep and heavy bass playing field, Altered States will be its complimentary. Inspired heavily by their signature, well-loved Catching Z’s series, this sister label will explore the chill, downtempo realm. And what better way to introduce the new label than a whopping brand new, all original Zeds Dead Catching Z‘s mixtape?

Lucky enough for us, we got to chat with Zeds Dead themselves to find out more on just how Altered States came to be… and a peek at what’s to come.

The Electric Hawk: Before anything else, congratulations on the new label! We’re really looking forward to everything that comes from it. To start us off here, could you tell us more about what inspired the name Altered States?

ZD: It’s about music changing your state of reality. Also different states of consciousness, like dreams for instance. So it’s kinda about music making you feel like you’re in a dream. But take it how you want, ya know?

Altered States is now your second record label launch after Deadbeats came to life in 2016, which has held some of our favorite releases over the years.

Is there any reason to starting an entirely new entity, or did you feel this new avenue of music just wouldn’t fit?

ZD: We had been talking about doing a sub label for a while. When we were working on Catching Z’s we thought this could be a good way to set a new label off in that direction.

What are some of the important things you’ve learned from launching the Deadbeats label that you’re also going to apply towards Altered States?

ZD: Just to be repping it as much as possible. It’s hard to put people onto new things, everyone’s got their own lives going on. So to really get fans to be interested in something new that’s outside of you, you’ve gotta really stay talking about it and putting people on.

So Altered States is inspired by your ‘Catching Z’s’ series…

What was the root inspiration for Catching Z’s? How do you plan to continue to keep that vision alive through Altered States?

ZD: There’s a lot of music we love that’s hard to play in our sets because there’s only room for a few of those types of songs. We like to take you on a ride that has ups and downs but mainly stays in the up. For “Catching Z’s” we were just staying in the down. So much so that the first “Catching Z’s” idea was originally supposed to be a mix you could put on and actually fall asleep to. Over time the concept became less about sleep and more just dreamy type songs which is what we tried to put forward on the mixtape.

How long did this Catching Z’s mixtape and label take to put together, and did you have any challenges or hesitations along the way?

We imagine it spans over the course of several years similar to one of your most famous albums, Northern Lights.

ZD: We’ve just been steadily making songs for a long time and working towards another album. We ended up with so many ideas that we decided to do Catching Z’s as well because there just wasn’t enough space on the album.

Are there any particular tracks on the mixtape you feel are the shining personal favorites, and why?

ZD: Probably “exit row,” but mainly just because it’s one of the more recent ones. “late night drive” is one of those ones that’s been around for a long time and we always really love that one. A lot of artists have tried to write songs to it and there’s been some cool versions, but we were never satisfied and felt like the instrumental was good enough on its own.

The response to the lead single, “late night drive,” was overwhelmingly positive. What was the process of creating such an immersive experience behind it?

ZD: We were pretty hard-pressed to think of a song to release first. We thought of this project as a continuous listen and didn’t really want to do singles. In the end, we chose “late night drive” because we thought it stood alone the best and represented the sound of the mixtape at the same time.

Why do you feel it’s important to showcase music that puts you in an “altered state?”

ZD: That’s an interesting question, got me thinking. In some ways, we’re interested in very nuanced emotions like in-between happy and sad or things that remind you of childhood, nostalgia, trippy weirdness. It’s cool to make people feel things they’re not so familiar with.

We’ll avoid talking about the pandemic, but when live music returns safely, do you ever picture a full-scale festival outside of Deadrocks?

ZD: That would be so awesome. Would love to do that.

Even before the live music industry came to a halt, there didn’t seem to be a lot of downtempo/chill curated shows.

Would you ever be open to the possibility of putting something together for fans in the future like this? How would you envision it? Any kind of lineup or specific setting/production?

ZD: Yes for sure. I think there are so many cool possibilities for live events with this type of music. I could see it being a different kind of immersive experience with the music and visuals being even more tied together.

What have been the “pinch me” moments of your career so far?

ZD: There’s been a lot. Moments of looking out at some of the massive crowds. Especially when they’re all waving their hands at the same time, jumping, or honestly even just being there where I’m like, ‘holy shit.’ Then, there are times where certain artists I grew up listening to I end up working with, that really blows my mind. Redman for one.

With a full-length album on the way and several artists already on their radar for label releases, we can expect Altered States to join Deadbeats as a staple in the community all throughout 2021 and beyond.

Listen to the full Catching Z‘s Mixtape by Zeds Dead below. Out on Altered States now!

And if you’re looking for new music? Keep up with our weekly Spotify Playlist, Fresh Hunts, or follow us on Twitch. Whether it’s the newest drops from Zeds Dead, or any of your other favorite artists, some old school, or underground—we just want you to hear it.