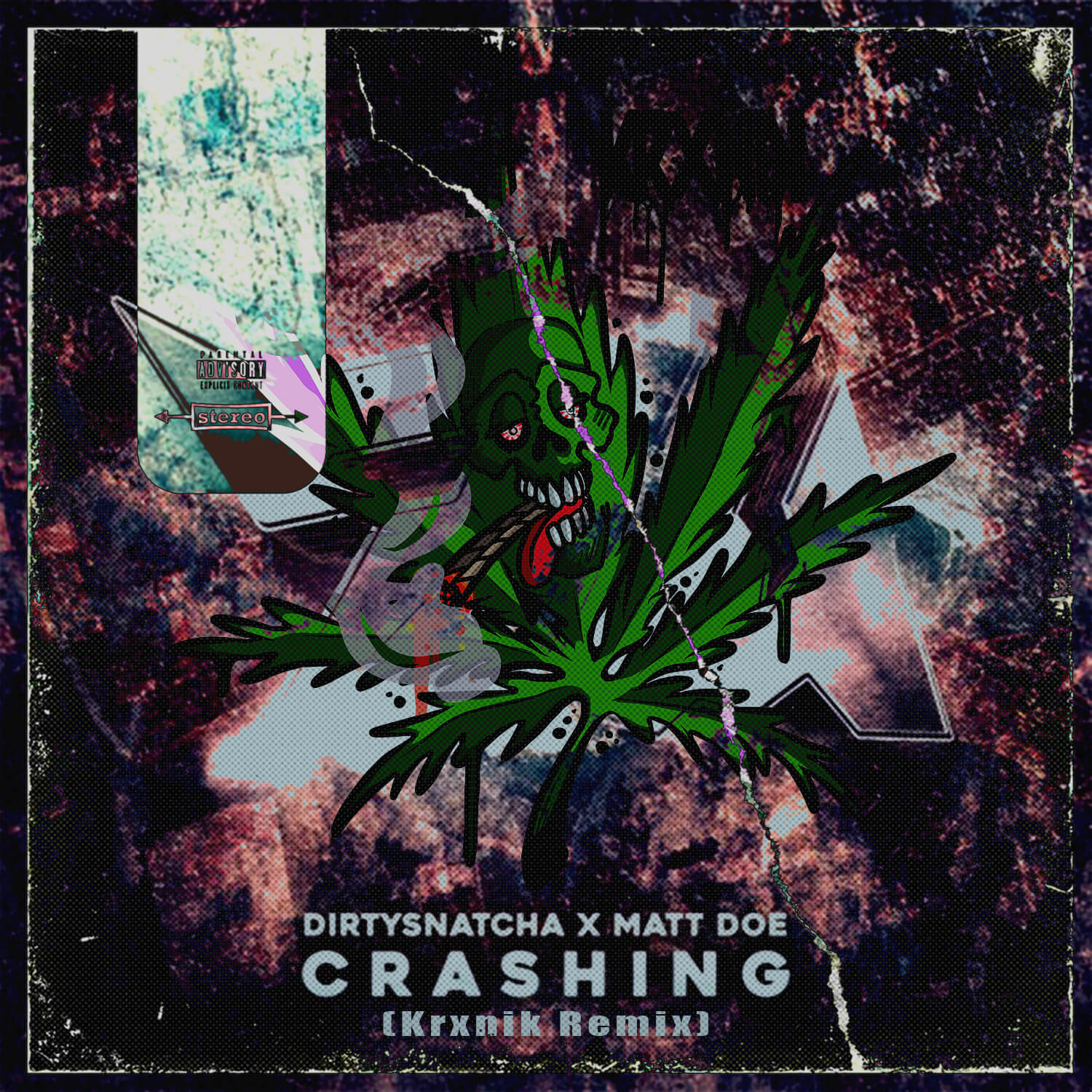 If you haven’t checked out NYC bass music producer Krxnik, now is your chance. As seen releasing music under DirtySnatcha Records, Spicy Bois, Aspire Higher, and Obskure, Krxnik is making a name for himself. This time, Krxnik mixes dubstep with drum and bass in his ‘Crashing’ remix.

Bringing diversity, Krxnik pushes boundaries with his remix of DirtySnatcha and Matt Doe’s “Crashing”. In other words, it is clear that Krxnik made it a priority to level up his creativity in 2020. This track perfectly exemplifies what it means to be a producer. First, Krxnik transitions heavy dubstep into drum and bass. Next, he sprinkles in his own spin on wonky synths. Finally, his transitions are smooth and natural. In addition, his distinctive sound and ability to transform a track by such prestigious producers proves this man is on his way up.

Aside from producing, Krxnik teamed up with Manamiz and GvO to launch the record label Obskure. The label had a successful debut in 2019 with the release of their compilation album Obskurities Vol. 1 which hit #4 on the Beatport Dubstep Top 100 Chart. In addition, we’ve seen artists such as Josh Teed and Blurred Vzn release music under the Obskure label. Despite the state of the country, Obskure was able to bounce back by hosting a successful socially-distanced listening event in October. They even have some dope merch including a high-quality hoodie perfect for the incoming winter season. You can put in your order here through the official Obskure website, because who wouldn’t want another hoodie to add to their collection?

Listen to the “Crashing” remix by Krxnik below.

If you’re looking for a solid playlist to follow? Keep up with our weekly Spotify playlist, Fresh Hunts. Whether it’s new Krxnik or Obskure, all your other favorite artists, some old-school, or underground…we just want you to hear it.