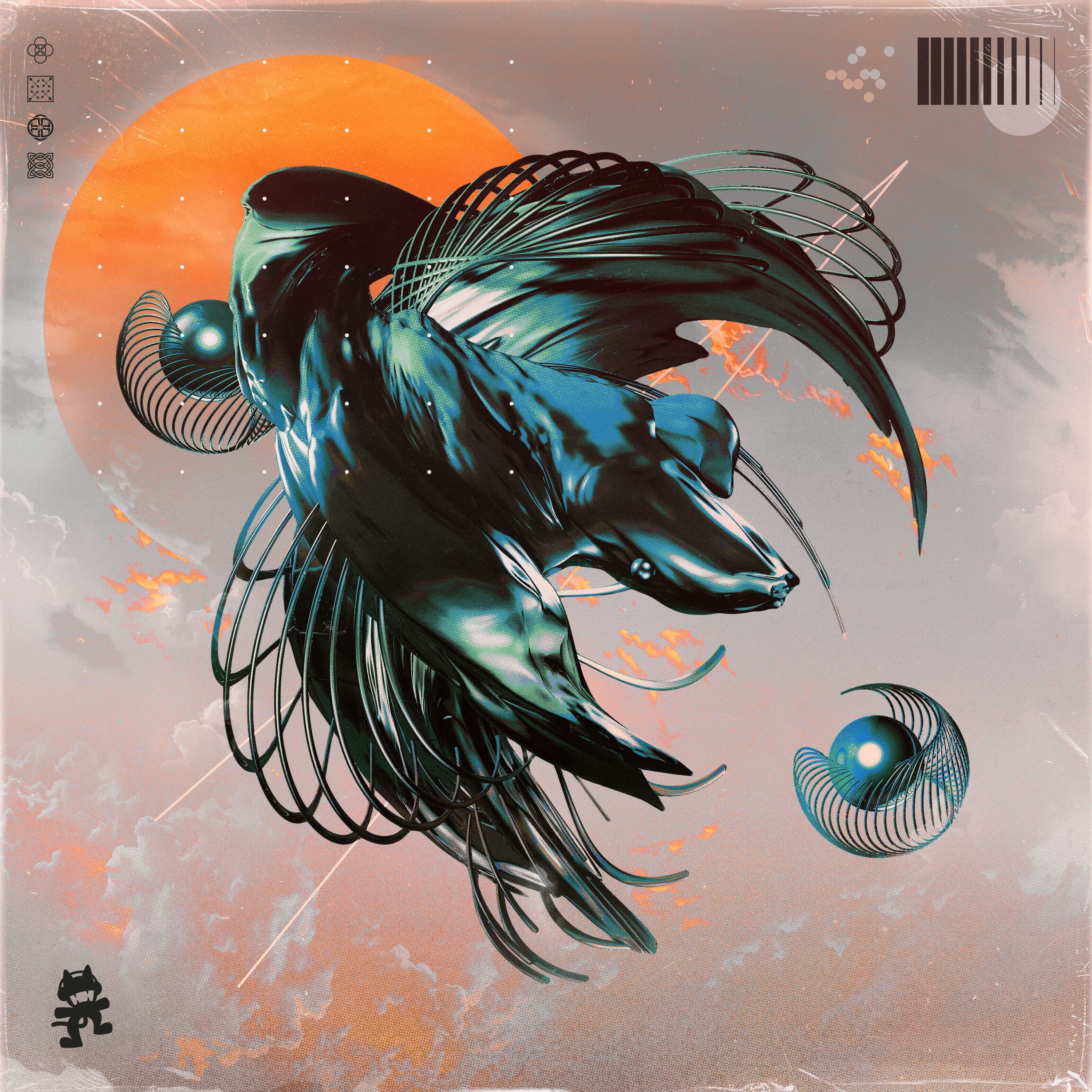 Just when we thought Rome in Silver’s releases this year couldn’t get any better, he delivers Forever Flame, a blissfully dynamic and danceable EP. The 5 fluid tracks, which perfectly encapsulate what the budding producer is all about, are out now via Monstercat.

As mentioned, Forever Flame gives listeners a taste of Rome in Silver’s hard-to-categorize sound—he dabbles in many styles and does it seamlessly. I personally love that aspect of his music! Something about an artist having the ambition to bring various genres all together is fascinating. I actually got the opportunity to chat with Vinny (Rome in Silver) about his new EP, his sound, collaborating, and his ideal future show. Enjoy!

Delainey Rab, Electric Hawk: Thanks for taking some time to chat with me! To start things off, how would you describe your sound, for those who are unfamiliar?

Rome in Silver: No problem, thanks for having me! Good question (and a question I routinely struggle with) but I would say I make fun, bouncy and weird four on the floor beats with some trap and bass stuff thrown in there occasionally.

DR: I really love the diversity your music has, where/what do you pull inspiration from?

RIS: Probably from listening to a huge variety of things from hip hop to disco to psychedelic funk to indie. I always like a good crossover so if there’s a way to combine something like an alternative or indie track with a house song, I’m going to try it.

His inspirations truly are shown through on Forever Flame, especially with the tracklist it has.

Highlighting the funky, trap and bass influenced dance vibes he strives for, are “Forever,” “Lies (feat. yasaquarius),” and “Get Lost.” For a groovy, feel-good tune, “Friends (feat. chæ)” is for you. And we definitely notice that alt/indie vocal influence on the track “Skin (feat. Beach Season),” too! Fun fact, you can catch “Skin” on Rocket League!

DR: Looking back on your past releases, what track do you feel was a pivotal point in your upward success with Rome in Silver?

RIS: Two answers to this:

I put out a Flume remix years ago and that was the first time I got any sort of recognition and gained actual fans. I guess I could say that was the start to getting to where I am now.

More recently though, I’d say my song “Fool”. I’ve seen lots of artists play it at big festivals and it’s the song that’s really propelled me forward in so many ways. It’s also a song that I think defines a good portion of my overall sound.

DR: You recently collaborated with Tails on the track “Forever” and it was your first collaboration in 6 years! Was there a reason you took time away from working with other producers?

RIS: Honestly, I’m not too sure why I hadn’t released any collabs since then. Probably because I’m so picky and tend to be quite controlling creatively. I’ve tried and failed with collabs so many times. I usually have a vision with each song and if it doesn’t turn out the way I expected then I tend to scrap the idea. I’m trying my hardest to collaborate more now, but I also don’t want to force anything.

DR: How did finally collaborating with someone again feel?

RIS: It felt great! Spencer (tails) is super easy to work with, and I think the track was literally a perfect match. He is an extremely talented producer and we tend to see things the same way.

DR: Okay, so your EP Forever Flame just dropped! What was the overall vibe and takeaway you were going for?

RIS: Definitely wanted to go a bit more commercial with this one, while still maintaining the integrity of the music. There’s some really cool vocal features that compliment all of my instrumentals. I think there’s something for everyone on here. Some pop stuff, funky trap stuff, even a drum and bass track. I’d say it’s the perfect sequel to my last EP.

DR: Which track have you been most excited for people to hear and why?

RIS: “Skin” for sure. I’ve played it at shows last year and have still been playing it on live streams this year. It’s probably my most requested song to release. I get messages practically every day about it and when I will be releasing it. And once we got Beach Season to add their vocals, it just fit together perfectly.

DR: The artwork for the EP and singles are all so unique and match with your sound perfectly! How do you take part in that process?

RIS: I work closely with my designer Diego (aka Paranoid Me) and we shoot ideas back and forth. I trust him and his vision and we work together to make it fit the brand. For me it’s important to do research and find someone you believe in who can execute the vision and you both can work together and grow together.

We hope to hear Forever Flame live someday, after hearing this!

DR: This year has been tough, but let’s say you could play Forever Flame live. What would your dream show situation be like for the EP?

RIS: Probably playing a show somewhere outside like in a field or meadow or something would be cool. I think I have enough music to do an all original set too. That’s probably where I’m heading toward and that would be cool to do for this EP if things were a bit different. Hoping next year I’ll be able to do that!

DR: To close things out, is there anything you’ve gained from this year that you would like to share with our readers? Whether it’s about goals, making music, staying positive, or anything else, we would love to hear it!

RIS: Never get too comfortable with where you’re at. Life is fragile and things can change extremely fast. Try to stay off your phone as much as possible to keep your sanity and be more clear headed. Always keep learning. Never let anyone’s negativity or criticism bring you down.

RIS: Thanks for having me 🙂

It was a pleasure to chat with Rome in Silver about Forever Flame. It is an album to get lost in. Be sure to stream the EP below and let us know what tracks you are loving!

If you’re looking for new music? Keep up with our weekly Spotify Playlist, Fresh Hunts or follow us on Twitch. Whether it’s the newest drops from Rome In Silver or others — we just want you to hear it.