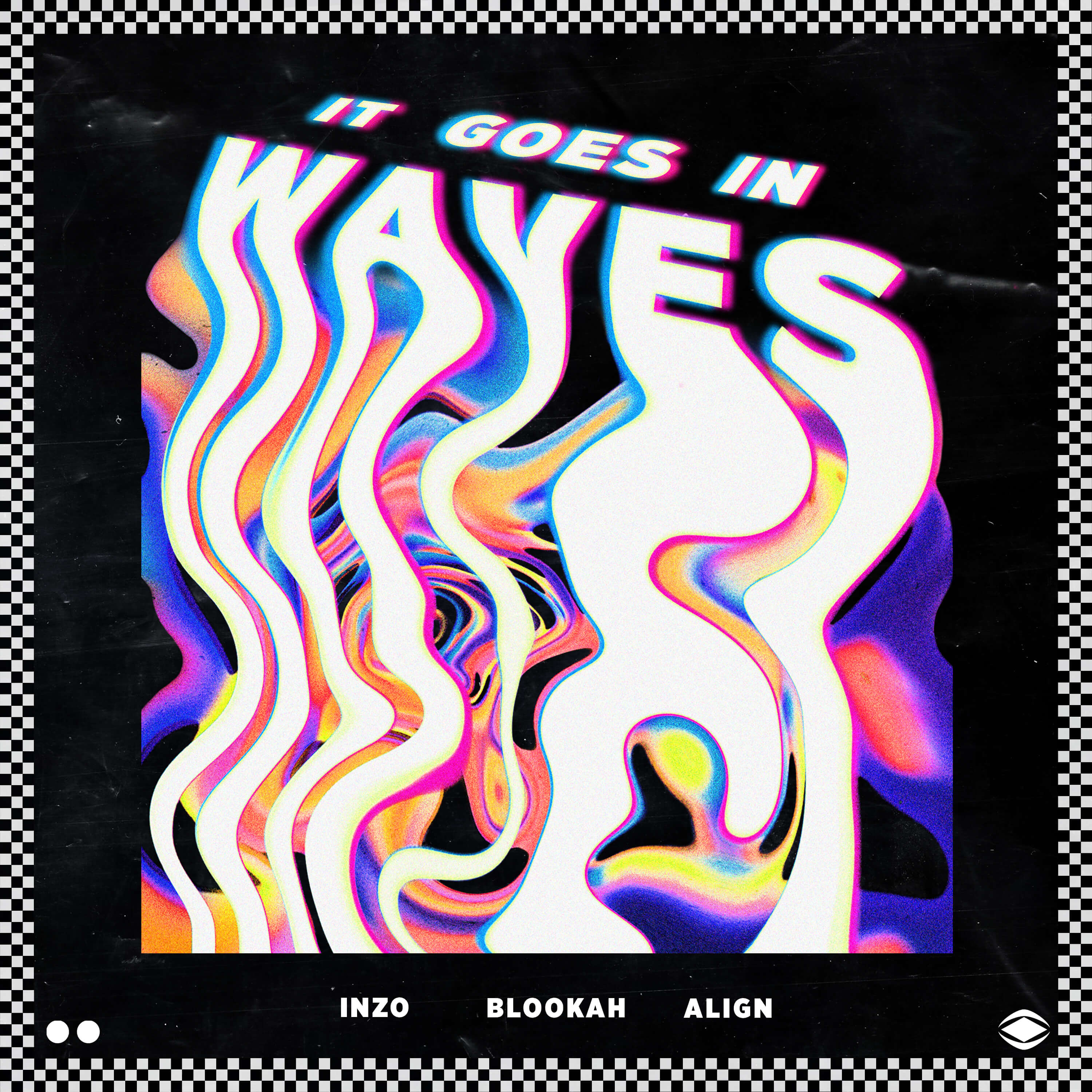 ‘It Goes In Waves’ is a Ruminative Brain Bath

“It Goes In Waves” is the collaborative spawn of INZO, Blookah, & Align. Out now on SSKWAN, this one feels like a massage to the prefrontal cortex. Filled with rich piano melodies, encompassing samples, face-scrunching bass, and infectious percussion patterns– I suggest you start rolling one up, like, now.

Being the downtempo King that I am, I couldn’t wait to hear the second official release from WAKAAN‘s sister label, SSKWAN. The first installment, an album from Au5, has been in heavy rotation since it’s birth. And today, they’re back again with a monstrous collaborative effort from three artists that everyone should know.

James Fisher, aka Align, is a Chicago based artist that specializes in thought provoking sound design for the everyday listener. He has performed alongside artists like SNBRN, Louis the Child, and Illenium. In addition to performing on our very own virtual music festival, Harmony: The Finale.

Nick Jenkins is Blookah. Based out of the Midwest, Nick is a multi-instrumentalist, producer, and beat maker with an aloof, and meditative sound. He draws heavy influences from old-school boom-bap era hip-hop, and modern dance music. Resulting in a style that is unique, and rich with texture.

And finally, Mike Inzano, or more commonly– INZO. Mike has been making big waves in the electronic scene since 2018 with the enormous release of his single, “Overthinker.” His follow up EP, Multiverse, is still one of my favorite projects from 2019, and featured another collab with Blookah on the groovy track, “Let It Slide.” INZO has a substantial background in music. He’s been playing keys, and drums, since the ripe age of 4. And while he’s only been producing electronic music for the last four years, his presence in the scene is a prominent one. If you want to learn more about INZO, check out our Electric Talk Podcast episode with him as our guest, here.

“It Goes In Waves” is a lush soundscape with a dreamy vibe.

If Studio Ghibli were a song, this is it. At a smooth 130 bpm, this track melts over those serotonin receptors like ice cream on a hot day. First, the keys lead you into a lucid dream and echo through the mind. Then, percussion consumes your body with a tempo comparable to a light breeze over a field of grass. And finally, the drop encapsulates what these three do best. Heavy synths and surprisingly wonky bass combine, resulting in an absolutely incredible downtempo track. The layers to this one leave me speechless. And I can’t wait to see what’s next on SSKWAN.

We had put down a bunch of heavier and more dance ideas, and we were all ready to make something that was a lot more downtempo…The three of us continued taking turns adding elements and ideas to the project, and the process went incredibly quickly. “It Goes In Waves” has some meditative and psychedelic elements, which are all fitting for the combination of our sounds.”

Listen to “It Goes In Waves” by INZO, Blookah, and Align below, and support your favorite creatives:

And if you’re looking for a solid playlist to follow, keep up with our weekly Spotify playlist, Fresh Hunts. Whether it’s new INZO, Blookah, Align, all your other favorite artists, some old-school, or underground…we just want you to hear it.