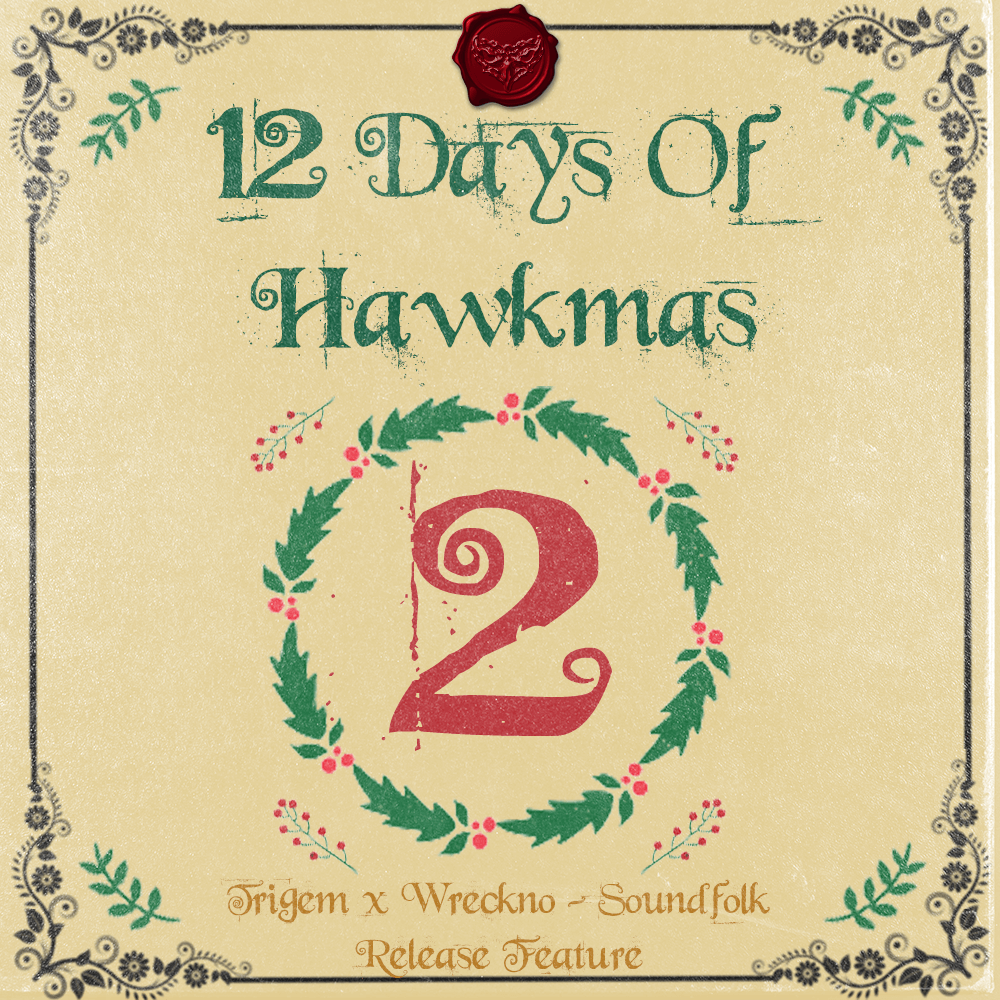 It’s been a few months since our favorite bass unicorn, Wreckno, and Spicy Bois star, Trigem, blessed us with “Soundfolk,” a real bop of a bass track. My body immediately remembered how it got down back at the end of the summer.

Let’s loosen those hips for Christmas and refresh your ear holes:

Wanting to make an inclusive sound, the boys really went above and beyond with this track and its unique bouncy beats that will have any. body. moving.

Trigem, also known as Casey, has had a top tier year, despite everything going on. Kicking it off with his EP release on our very own Electric Hawk Records, followed by a proper set on our Harmony Fest series. The Southern producer joined up with Boarcrok from Spicy Bois label, and the two dropped a low hitting filthy track.

Among all these highlights, Casey shares a bittersweet moment with us when getting booked for Buku in New Orleans. He stated how amazing it felt to be on his home state festival’s roster, despite how fate took its course.

For myself, 2020 wasn’t about the quantity of releases like 2019 was. But, they were definitely all quality”

Meanwhile, our favorite bussy boppin’ bass producer has also had a whirlwind of a year. From being apart of our Harmony Fest to stating GAY RIGHTS with his ROYGBIV EP drop, Wreckno is constantly raising the bar for the scene.

In addition to working with iconic artists such as GRiZ, creating a showstopper of a tune, “Medusa,” and making an insane mix for Deadbeats, Wreckno is exuding Boss energy and we are here for it.

What’s in store for the near future?

2021 is right around the corner, and these two talented producers are only just warming up. For Wreckno, he has an upcoming Wakaan release with Jordnmoody & Ujuu, while Trigem hints at new remixes coming. We can expect even crazier tracks that will get that @$$ moving, crispier sound design, and that signature groovy bass that only these two can cook up together.

And if you’re looking for new music, keep up with our weekly Spotify Playlist, Fresh Hunts or follow us on Twitch. Whether it’s the newest drops from Wreckno and Trigem, all your other favorite artists, some old school, or underground—we just want you to hear it.