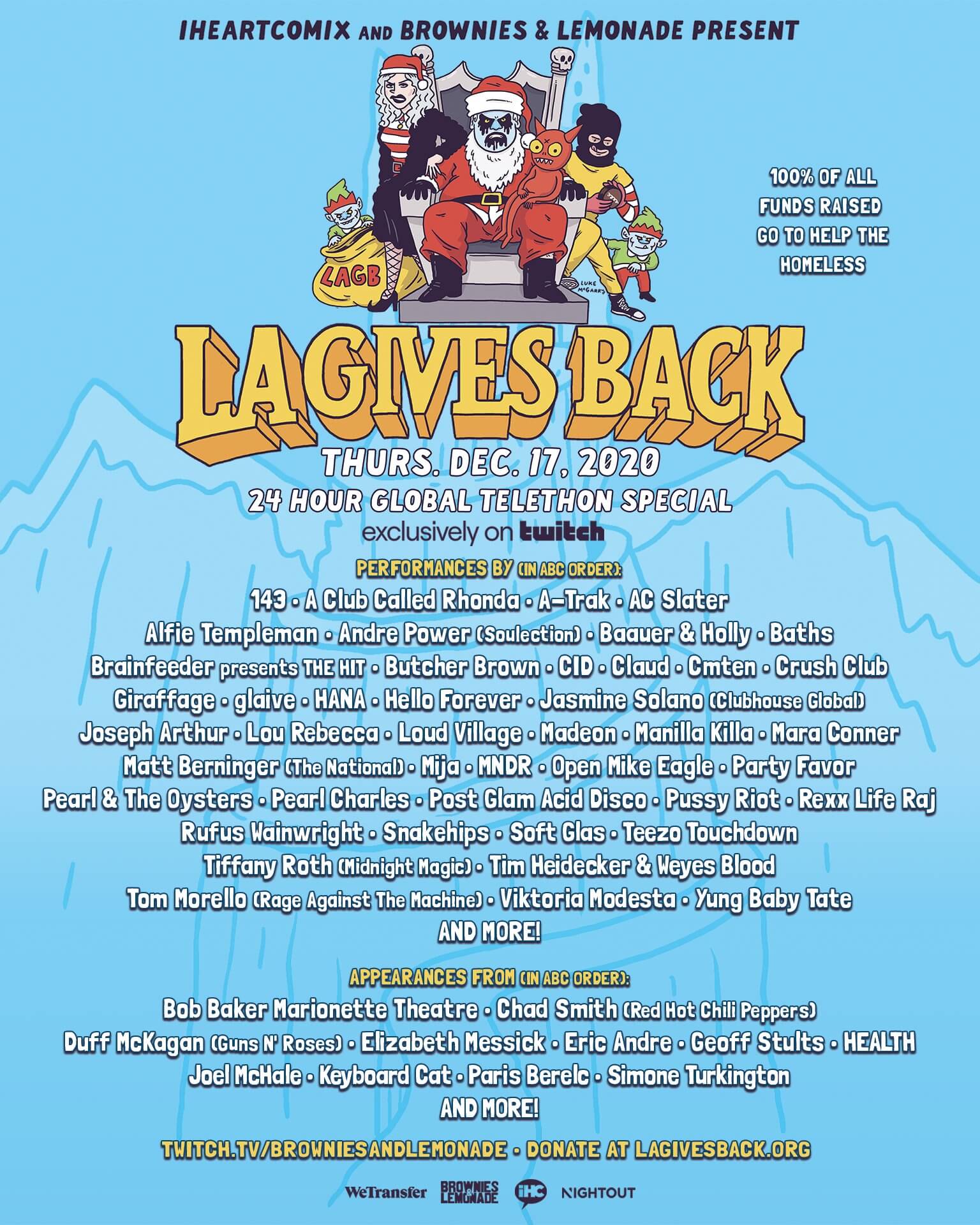 In the spirit of giving, IHEARTCOMIX and Brownies & Lemonade have joined forces to present 24-hour global charity telethon, “LA Gives Back.” And Christmas must be coming early this year, because the special performances and guest appearances they have planned are top notch.

For the music portion of the telethon, they set the bar high.

Including a little bit of everything, the lineup goes from electronic talent like turntablist A-Trak, Night Bass all star AC Slater, and Mija, to the opposite end of the spectrum with shows from Tom Morello of Rage Against the Machine and Pussy Riot.

LA Gives Back will even feature a set from Madeon himself. But, rather it be a Good Faith or DJ set, Madeon had something else up his sleeve for this one – what he refers to as a “short lowkey acoustic Christmas vibes studio jam.”

Further, the two collectives provided hours worth of entertainment and celebrity appearances.

Choosing three charities, IHEARTCOMIX and Brownies & Lemonade will be donating 100% of the proceeds to incredible organizations like SchoolHouse Connection, Downtown Women’s Center, and My Friend’s Place. Although different in their own right, the three nonprofits all aim to help people facing homelessness.

Head over to the official LA Gives Back website here to tune in, donate, and check out the prizes from the sweepstakes they’re holding.

And if you’re looking for a solid playlist to follow? Keep up with our weekly Spotify playlist, Fresh Hunts. Whether it’s new drops, all your other favorite artists, some old-school, or underground…we just want you to hear it.