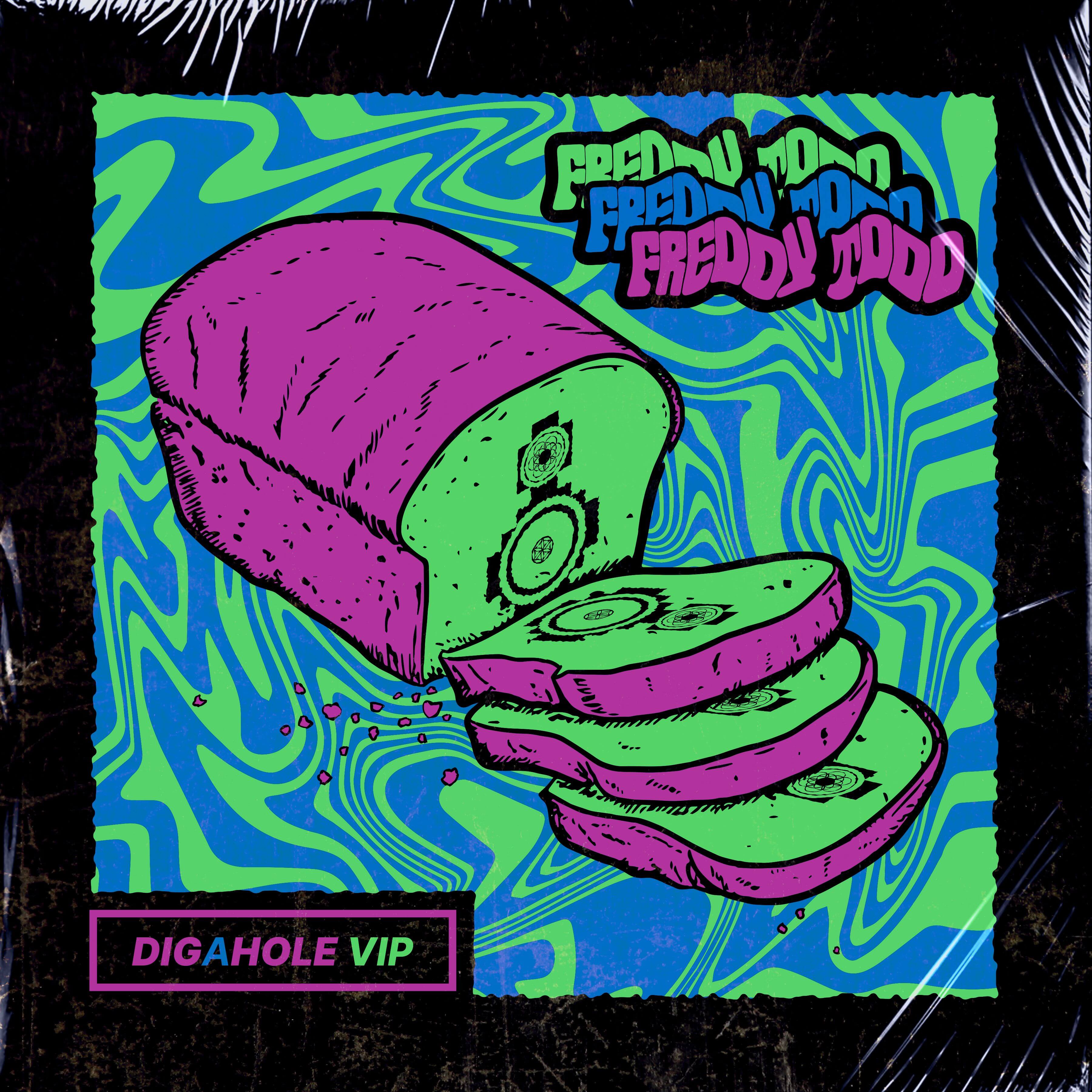 By delainey rabDecember 18, 2020No Comments

Freddy Todd, certified brain-melter, returns with a VIP remix of his heater, “Dig A Hole.” This reworking of his prior release, off the fredCRUMBS EP, is incomprehensibly fantastic. You simply MUST listen!

The energy on “Dig A Hole (VIP Remix)” is out of this world.

The bass-funk champ, Freddy Todd, originally released the bangin’ track, “Dig A Hole,” back in February and is back with a fresh take. Pulling us into another dimension, this VIP remix is crisp and heavier than its counterpart. With that being said, Freddy somehow also manages to present us with a mesmerizing melodic atmosphere. In his own words, the remix was a “fun sonic puzzle to put back together.” Basically, Mr. Todd has successfully melted our brains once again!

If you are missing Freddy Todd’s contagious enthusiasm, you’re in luck.

To coincide with the “Dig A Hole” VIP remix release, the talented producer has teamed up with River Beats & Aftershock Fam for one last live stream of 2020. Friday, December 18th, aka TONIGHT, Freddy will be playing an hour-long set on the “Season of Giving” live stream! Read all the details about the fundraiser stream below.

[“Season of Giving”] is a 6 day event featuring Freddy Todd, SoDown, Wreckno, Super Future & more, in efforts to raise funds for Save Our Stages Relief Fund & The National Alliance to End Homelessness. Homelessness has long been a huge issue facing Freddy’s hometown of Detroit, and is a cause especially dear to him as he’s reminded each holiday season how fortunate he is to have a roof over his head. Freddy Todd’s set will be hosted on River Beats Twitch Channel Friday December 18th, 2020 from 10-11PM Eastern.Press Release from Freddy Todd

If the livestream is not quite enough for you, get ready to open your purses and wallets, birbs. Freddy has also just dropped his “fredCrumbs SZN II” merch collection. Check it out HERE!

Be sure to stream “Dig A Hole (VIP Remix)” and support Freddy Todd.

And if you’re looking for new music, keep up with our weekly Spotify Playlist, Fresh Hunts or follow us on Twitch. Whether it’s the newest drops from Freddy Todd, all your other favorite artists, some old school, or underground—we just want you to hear it.