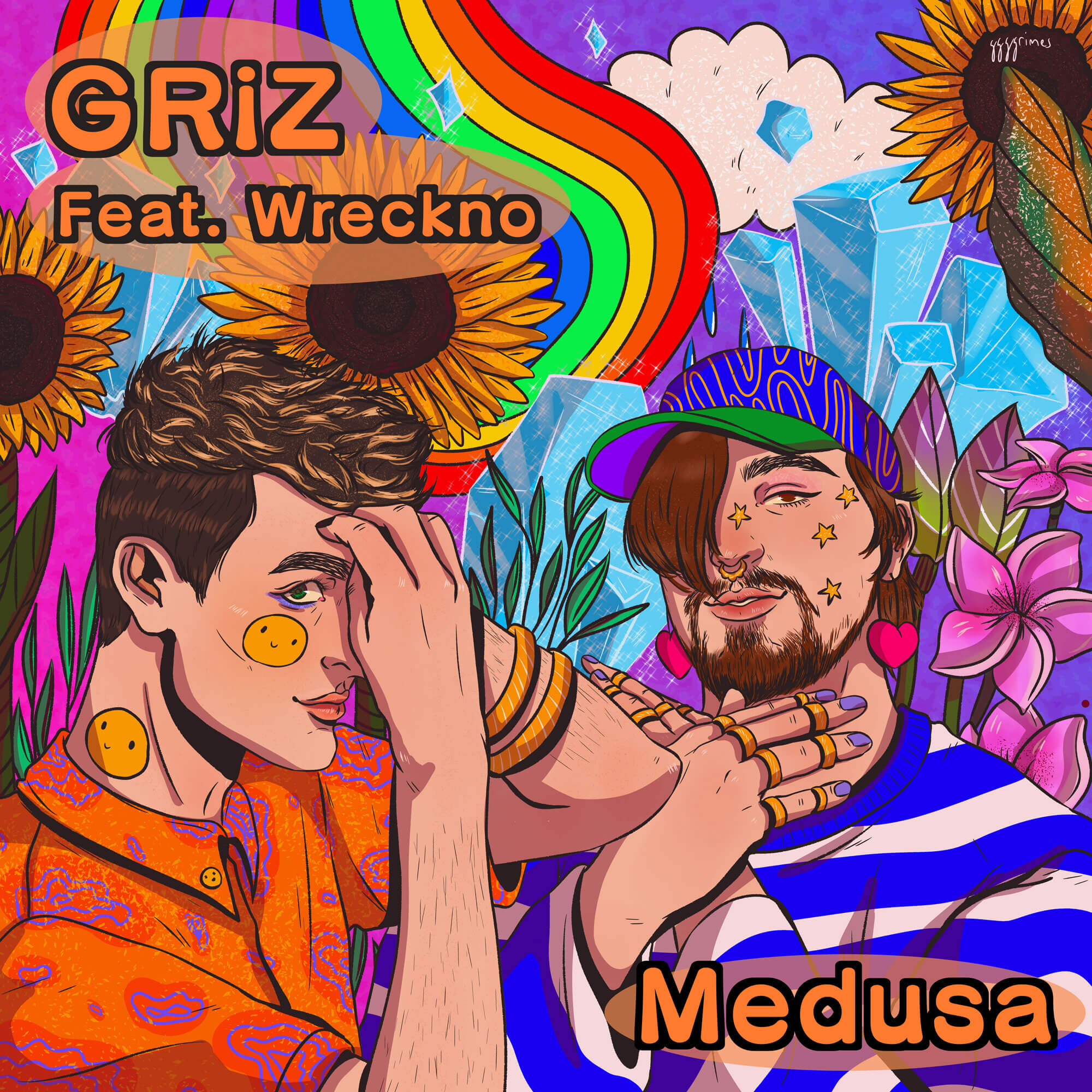 Celebrate Pride Month with ‘Medusa’ by GRiZ and Wreckno

Attention, girls and gays! It’s Pride Month and you know what that means. We’ve got the newest summer anthem on our hands, “Medusa,” from two of our favorite producers and icons, GRiZ and Wreckno.

First things first, this track will have you feeling like the baddest bitch out there. This is a shake your ass in the mirror while getting ready in the morning type of bop. With Wreckno’s effortless hype flow over GRiZ’s funky basslines, this was the collab that we’ve been needing — and a HUGE celebration for the LGBTQIA+ community in dance music. In fact, the track was even supported by Anderson Paak, who let them remix a line from their hit “RNP.”

GRiZ, highly renowned for colliding the two worlds between funk and bass and being a master on the sax, has been a longtime advocate and leader in the LGBTQIA+ community. Throughout the years, he’s created a safe space for fans, as well as raising funds for organizations like Trans Lifeline, The Trevor Project, It Gets Better, and more.

Wreckno, a rapidly rising bass producer, bussy bopper and thrussy thropper, has also used his growing platform as an inclusive place for the queer community. Speaking on how collaborating with GRiZ has always been a dream of his, “Medusa” is not only a win for the LGBTQIA+ community, but is a win for the underground dance music scene, too.

The “Medusa” art was also created by non-binary, gay Black illustrator Gabriella Grimes, who sheds light on POC, gender non-conforming, and other identifying folks through their artwork.

And if you’re looking to support other underground queer producers, Moore Kismit, KANDY, NotLö, and capshun are just a few to watch out for. Plus, keep your eye out for Wreckno’s upcoming Pride Month project! June 30th he’ll be releasing a 4-track EP, ROYGBIV, with visual and musical collaborations from LGBTQIA+ artists.

The wait is finally over. Listen to “Medusa” by GRiZ and Wreckno below!

If you’re looking for a solid playlist to follow? Keep up with our weekly Spotify Playlist, Fresh Hunts. Whether it’s the newest drops from GRiZ, Wreckno, all your other favorite artists, some old school, or underground. We just want you to hear it. And to educate yourself and contribute to the Black Lives Matter movement, check out this site!