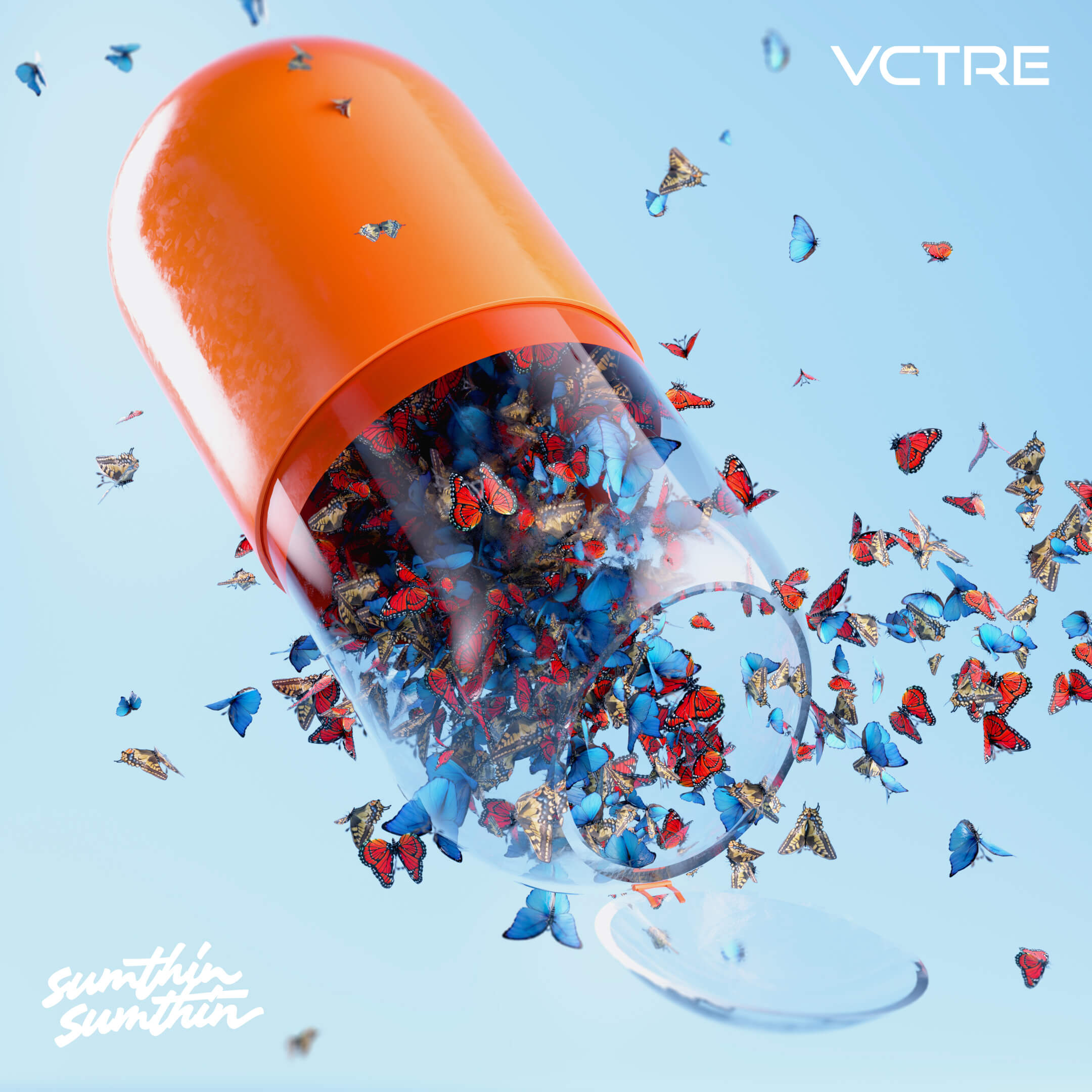 sumthin sumthin and VCTRE drop a bomb on us with “Flutter;” where pristine experimentation and incredible sound design make this track an instant favorite. These two seemingly cannot miss, and this tune only furthers our suspicions that these guys are destined for greatness.

It’s not often where you get a surprise collab from two of your favorite artists, but when we do, we bless up. After eluding to a collaborative effort with “a true innovator and amazing human being,” we were elated, not shocked, to see that the person in question happened to be VCTRE.

Alone, these two are absolutely crushing the game. Stocks are high and for good reason.

sumthin sumthin was recently featured on Player Dave’s debut album, Where the Wind Blew Me. Not long ago he performed on Boombox Cartel’s online music festival, ‘Cinco Mode.’ He’s performing at Asteria Arts & Music Festival in July. Additionally, he’s even making strides to uplift the next wave of artists via his Ableton course on how to create an experimental bass track from start to finish.

VCTRE is simply exploding onto the scene right now with his unparalleled production prowess. Whether its performing alongside CharlestheFirst, Supertask, and Eprom at Terry Bison Ranch, going b2b with Black Carl! as their side project Integrate, or announcing a U.S. tour with Minnesota — this beat-maker is commanding your attention one way or another.

“Flutter” begins with an intro that is both inviting, and euphoric. Delicate vocals fight their way out of the darkness before the beat builds and eventually drops into a kaleidoscope of sounds. The second drop introduces bone-rattling bass frequencies and deeper experimental cuts. Then, for the third and final drop, a complete palate cleanser. Here, the bass takes center-stage while chilling harmonies infect your mind, and oscillating synthesizers “Flutter” in the background.

This track is the perfect blend of each individual’s sound, and its one we’ll have on repeat for a very long time.

Listen to “Flutter,” the monster collab from sumthin sumthin and VCTRE, below.

Looking for new music? Keep up with our weekly Spotify Playlist, Fresh Hunts. Updated every Friday with all the latest releases. Whether it’s the newest drops from sumthin sumthin or VCTRE, all your favorite artists, some old-school, or underground…we just want you to hear it.