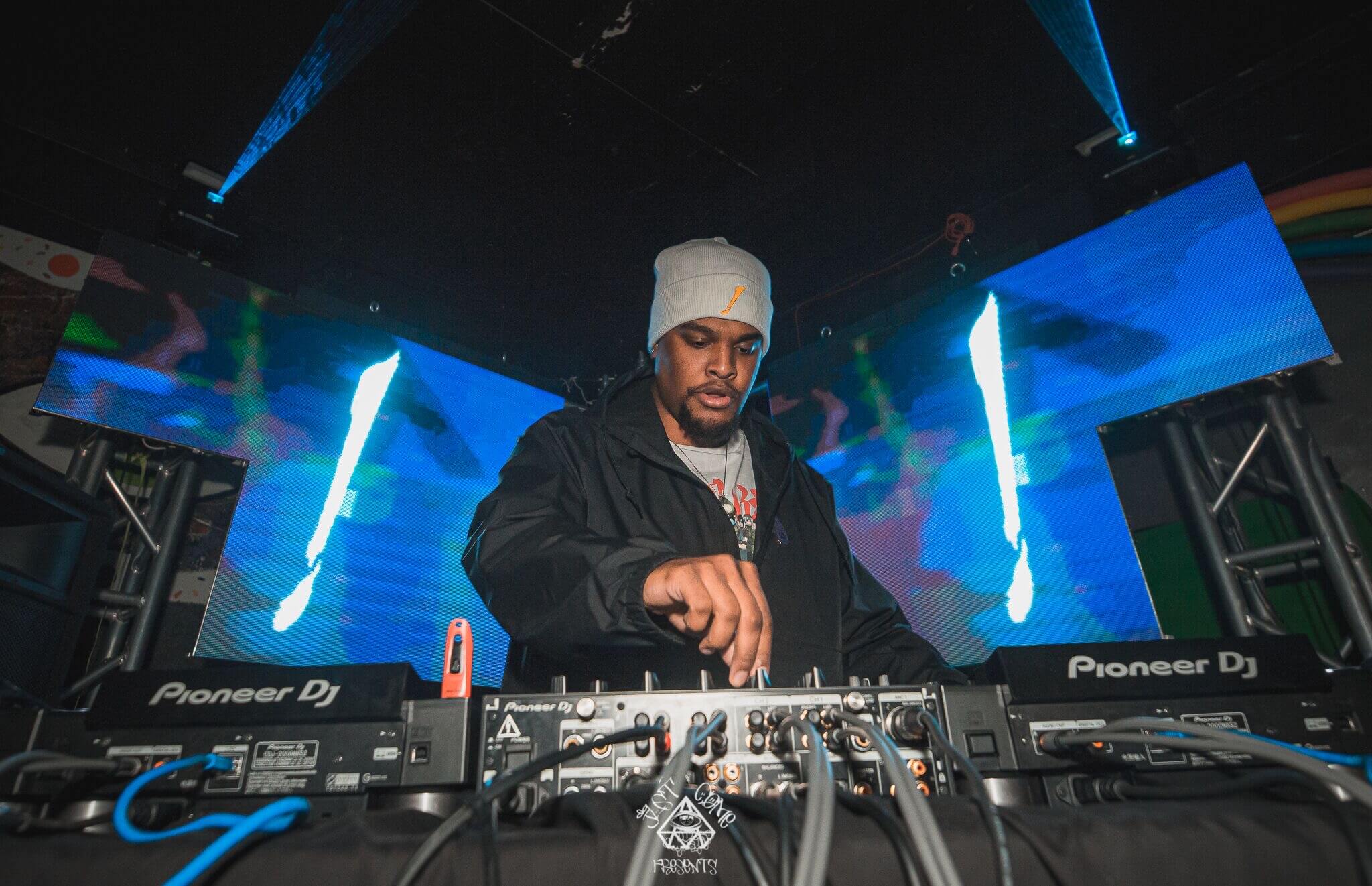 Black Carl! illustrates a spectrum of emotions in his debut EP, Mixed Signals. He shows that his production abilities reach further than just leftfield bass in this debut EP. Black Carl! mindfully composes soundscapes from melancholy to mysterious in the Mixed Signals EP, releasing on January 29.

Alabama-based producer Black Carl! evolves his sound constantly while still maintaining his distinct style. He utilizes his seemingly endless arsenal of samples and meshes flavors from across the world throughout his discography. Black Carl! also creates music with VCTRE as half of the duo, Integrate.

Mixed Signals opens up softly with “Disrupt (feat. The Lie Within Callie).” Black Carl! explores the impact of minimal composition with this track. A sparing bass line pairing with hi-hat maintain tempo underneath droning samples and legato tones. He creates a desolate mood that matches the lyrics; the rich crooning from The Lie Within Callie captures the confusion and the hurt of receiving mixed signals from a loved one.

“Mixed Signals” follows, maintaining the melancholy vibe created by “Disrupted (ft. The Lie Within Callie);” although, this song takes on a slightly different light. Black Carl! implements downcast vocals throughout this song, reminding us what it’s like to miss someone who feels close to the heart. The underlying instrumental introduces an air of sad confusion to pair with the vocalizations. The mood then changes in the second half; “Mixed Signals” becomes a bit more intense with the addition of grimy sounds and pulsating scratches. This track encapsulates the frustration and sadness that comes with trying to interpret complicated communication.

“Mind” begins quietly with slowly building synths in a variety of textures; legato melodies overlay a gently punching bass line. Black Carl! arranges these minor timbres to create an air of longing – that desire to be with someone. However, he also creates a contrasting feeling to overcome this feeling. Halfway through, Black Carl! changes the mood from introspective to perseverance; he introduces persistent bass tones over a new arrangement of the original song elements. It is a reminder of the inner strength within one’s self to push through the emotional pain caused by another person.

“Act Up!” opens with the plucking of a sitar while wobbling bass and open hi-hats make themselves known. The hook interrupts the introduction with a vocal sample and the track continues into an energetic arrangement. Grimy bass frequencies push onward over the gentle droning of the sitar. Black Carl! flavors these sounds with driving beats and snares alongside occasional scratchy reverbs. “Act Up!” is like an awakening of self – the power and self-assurance one feels from moving on from being disregarded. The fierce melody is reminiscent of this empowerment, while the sitar is the calm baseline of the epiphany; “Act Up!” reminds us of our independence and vibrancy through the pain inflicted by someone else.

Black Carl! tells an emotional story of pain and growth in his debut EP, Mixed Signals. He creates different vibes with each song while staying true to his style of production. Black Carl! uses Mixed Signals to share an experience that so many of us have been through; being confused by someone we care about, but we always come out stronger in the end.

Support Black Carl! and listen to the full Mixed Signals EP below!

And if you’re looking for new music, keep up with our weekly Spotify Playlist, Fresh Hunts, or follow us on Twitch. Whether it’s the newest drops from Black Carl!, all your other favorite artists, some old school, or underground—we just want you to hear it.