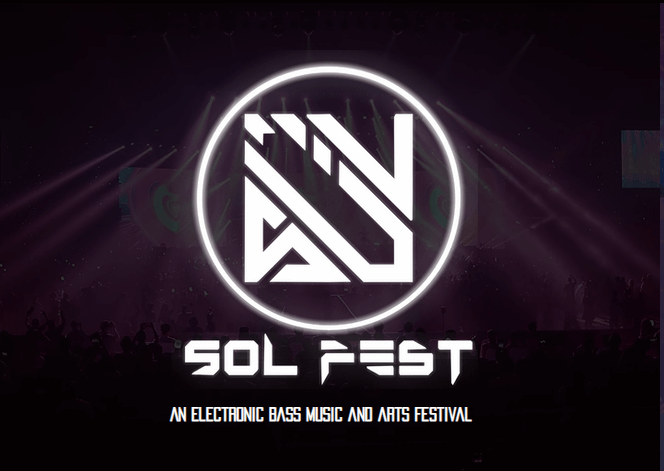 Twas an amazing weekend at the Bama Slam in New Brockton, Alabama! Many rock and country music festivals happen in AL, BUT Sol Fest 2022 was the state’s first-ever electronic music festival, how cool is that?! Originally based in FL, the Sol team was forced to adjust the festival’s location due to unforeseen circumstances. However, it was a blessing in disguise and this beautiful venue that doubles as a water park became Sol’s new home. A huge thank you to the Bama Slam family for welcoming the Sol Fest attendees, artists, and workers with open arms on such short notice.

Ronnie Gilley and the people of Alabama are the embodiment of southern hospitality. So much so that I think the locals might have been more excited for Sol Fest than we were! The people around you at festivals matter, and the mixture of ravers with Alabamians (yes, it’s a real word) was honestly a vibe. It’s like taking a normie friend to their first EDM event and seeing the “Wowww” expression on their face. Nothing but wholesome interactions were had all weekend!

“There is no such thing as coincidence. A coincidence is nothing more than the uninformed mind trying to establish words for what’s actually taking place… Everything is orchestrated by divine alignment!”

Sol Fest was a weekend full of laughter, art, and good times so here are a few of my favorite moments:

The Bama Slam Saloon, also dubbed the Body Stage, made for the perfect shady venue. Overlooking tall palm trees and blue skies, the saloon had a bangin’ sound system that you even could enjoy from the waterpark right outside. This was the place to be because not only did it give relief from the Alabama heat, but so many fire artists graced the stage all day and night. For example, Saturday featured a Mean Mug drum and bass takeover that had my squad up and out of our tents by noon! Another unique artist to step onto the Body Stage was Josh Teed, the king who incorporates live instruments in his sets. He fascinated the crowd, including me, as he bounced back and forth between the decks and his violin. This hour was a lot of fun, and I can’t wait to catch another set of his!

There was never a dull moment at Sol Fest 2022, with music going on to the early morning! Only a few are brave enough to dance through the long day and still hit the late-night sets, and somehow I managed to catch all three beautiful Alabama sunrises. In addition to his main one, Yheti gave a two-hour sunrise set as a treat on Saturday morning. I remember the warm sun slowly rising above the DeBussy Bus (or the Mind Stage) as he played out banger after banger, keeping the crowd captivated. The best part was getting handed a mimosa while vibing with my Squishmallow; shoutout to Yheti for including champagne on his rider!!!

Then to close out the weekend, our dear Super Future played a charming and (mostly) downtempo sunrise set on Monday morning. He showed off his flawless transitions while reaching maximum comfort in a silky kimono. If there’s one artist who knows how to curate a sunrise set, it’s Nick! The vibes were immaculate, as it ended with three Lab Group tunes in a row that had me hootin’ and hollerin’ at 7 am!

Every performance at Sol Fest was top tier, each artist brought their A-game to Bama Slam!

Of course, the lovable duo Eazybaked made it as one of my favorite sets of the weekend! One of the many perks about Sol Fest was how intimate it felt. Smaller festivals are nice because there’s space to move and be close enough without feeling overwhelmed. Luckily I was able to catch this set up close and personal, which made it even more hype! The boys rinsed the best tunes from their debut album INTERTWINED, including the fan-favorite “Simulated.” After that, they brought out their Lost Dogz brother Milano to play their new collab coming soon. He even climbed onto Eric’s shoulders as the song dropped, a 10/10 wholesome moment!!! #LostDogzOrDie

Next on my list of exceptional sets from Sol Fest is the one and only Benji Robot. His downtempo set at sunset on Day 3 was breathtaking. Happy tears were shed as Benji took us on a journey through his latest release, A Bird on Barbed Wire. To add to the artistry, his set included intense visuals by Papa Bear and various dazzling flow artists. Music is supposed to make you feel something, and Benji Robot certainly made us feel everything that night.

I finally caught my first set from Electric Hawk’s very own, Common Creation, and YOOOO. The strumming of his guitar mixed in with his heavy but melodic style created such a brilliant flow that I’m so glad I had the chance to see it. The clip above gives a fun peek behind the decks as he plays out one of his IDs. The vibrant visuals by Jonna Petrou had Sol Fest hypnotized through the entirety of this late-night party, and halfway through Chris brought out his bestie SLZRD to present their newest banger! This isn’t their first time and I’m sure we’ve all been waiting for the day they join forces again; Throwback to the last heater they made together, “Rumble Road.” CC’s set made for a great segway into the Sol Stage’s finale…

The unforgettable family B2B2B2B that closed out the Sol Stage was the perfect celebration for their dear friend, Q

A true highlight of the weekend was close friends and family taking over the main stage, all battling to play their favorite songs that embody their homie, Quentin. Many notorious artists joined the fun such as Maroc, Wuzzy, Common Creation, and BroMosapien I could go on! This back-to-back was LIT, and the love in the air was palpable. Every single person on that stage worked their a$$ off to make Sol Fest what it was and watching them finally let loose to celebrate their handiwork was honestly beautiful. Without a doubt, I know this first year of Sol made Q proud.

Finally, I want to thank Larissa and Sol Fest for inviting Electric Hawk to cover their incredible first-year festival. I’m honored to have been involved. ‘Til next time!

Can’t wait for next year’s return of Sol Fest to our sweet home in Alabama!