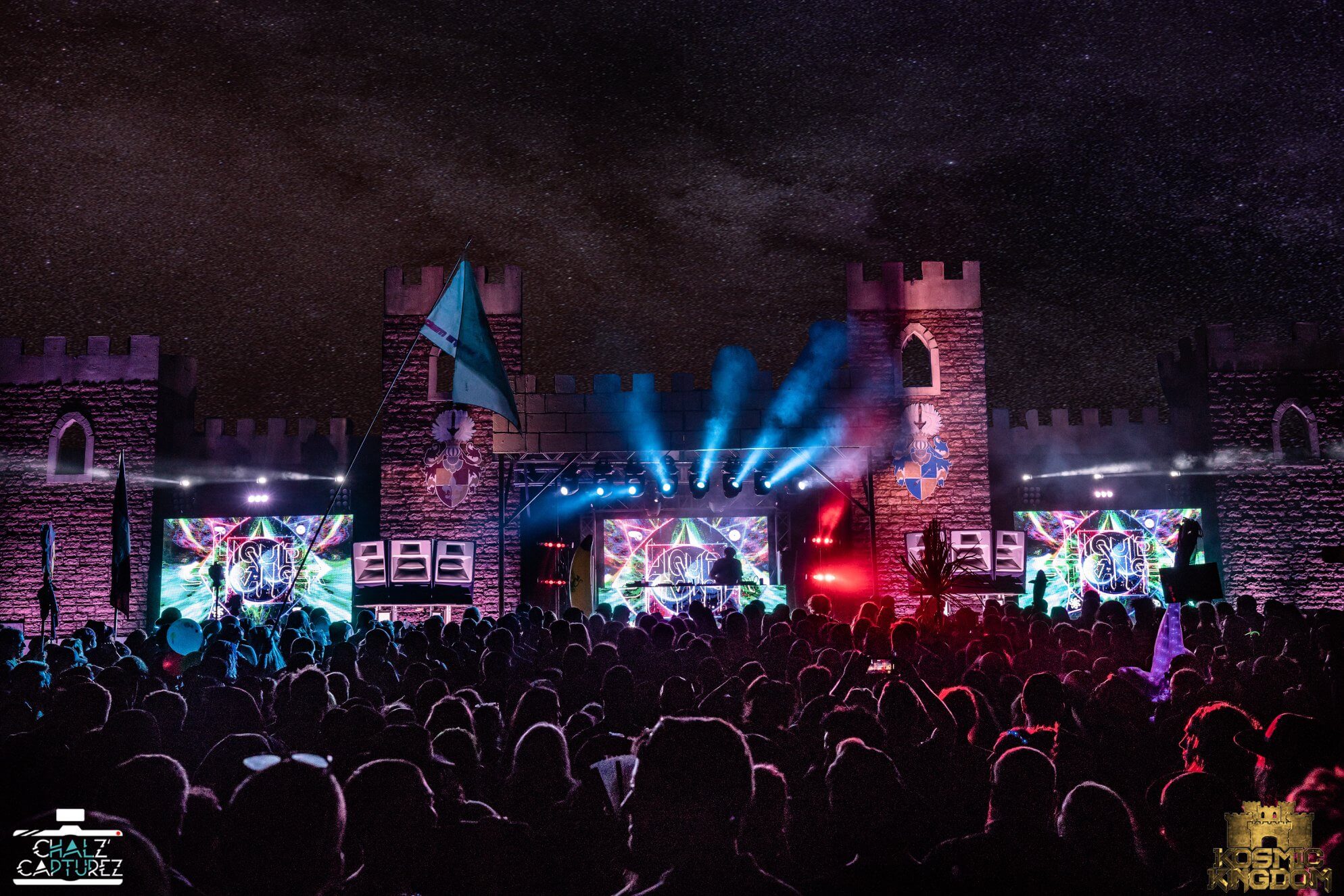 By Andie MachniakFebruary 17, 2020No Comments

Time to hop on our horses and ride into the medieval world of Kosmic Kingdom. This May, find yourself getting lost in Des Moines, IA. Kosmic Kingdom Music Festival – May 29th-30th – is known for its huge castles and that sweet, dirty bass we all know and love.

Finally, the 2020 lineup is announced!

With artists like these, you better buckle up buckaroo. We want to be at the stages all day.

For all our moon.dot and Wakaan fam, co-headliner, Space Jesus will be putting on a show. If you need to catch up on your alien language, listen to Jasha’s most recent moon.dot mix here, and more unreleased tracks here.

Other co-headliner, Peekaboo, has been crushing the alien bass music scene in the last few years. With his recent Impossible EP it’s clear he isn’t stopping any time soon.

Esseks, AKA Sam Eckstein, has been bending bass for over 7 years now. Many of Esseks releases have been through Wakaan and Bassrush, so naturally, you’re in for a trip through outer space.

Queen of mixing dub and old school, Zia, has been making massive waves. In the last two years, she’s toured with Subtronics, played at festivals such as Lost Lands, HiJinx, & Wobbleland, and just ended touring with her other dub-queen half, Sippy. We’ll see her Kosmic Kingdom and Bonnaroo this summer & hopefully more!

Soundcloud king and Spicy Boi, mlotik, is one to keep your eyes peeled for on show announcements. Multi-talented producer flexes in halftime, while also collabing with artists such as Molokai, ZLEN, and cnopes.

VCTRE is well-versed in multiple niches of underground sound. The Alabama based beat-maker is the king of producing music that might make you cry tears of joy, might have you clapping cheeks in the circle after. Plus, lest not forget about VCTRE’s side project with Black Carl!, Integrate below

Last but not least, Chee. South African born sound pioneer, Chee is definitely not one to pass up. He produces crispy, clean halftime, DnB, and dubstep, taking inspiration from talents such as Moody Good, G Jones, Ivy Lab, and Noisia. Chee has had a busy 2019 and will have an even more exciting 2020.

Listen to some of our favorite Chee moments below & keep up with him on Twitter to stay updated on his upcoming EP!

Naturally, I can go on and on about every amazing artist, but take some time to dig into the lineup!

If you’re looking to buy tickets to Kosmic Kingdom, do it now! They just announced pre-sale tickets – sale ends Friday 2/21/2020 at Midnight.

Where Electric Hawk will we be this year?