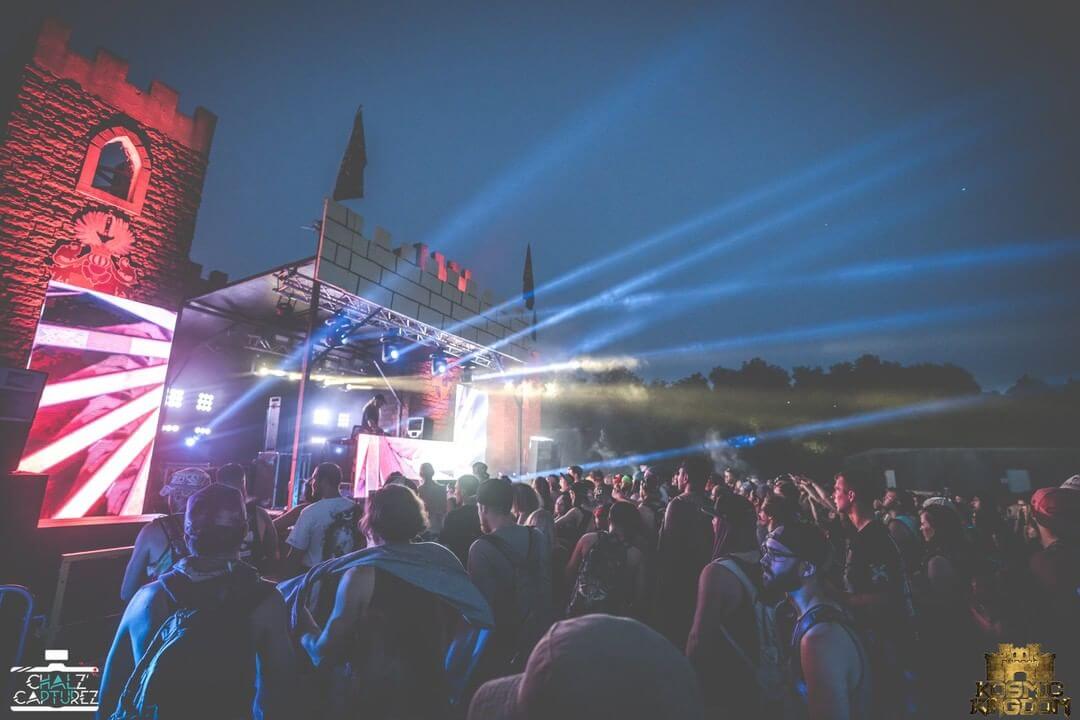 Kosmic Kingdom returns to Sleepy Hollow Sports Park in Des Moines, Iowa on May 29 and 30, 2020.

Ever wanted to headbang in a medieval kingdom? Look no further. Kosmic Kingdom is a small two-day camping festival in its third year. This early-summer festival boasts multiple castle stages, medieval buildings to explore, interactive and live art showcases, and plenty of space to dance or relax around the mystical grounds.

Hosted by SUB CONscious Productions, (who also hosts 515 Alive in Des Moines) Kosmic Kingdom began as Kosmos Music Festival (running 2014-16) in St. Charles, IA. After touring Sleepy Hollow and feeling its magic, the team decided to take a year off in 2017 and rebrand in 2018 as Kosmic Kingdom. After two years of great success, we’d say they made a fantastic choice. Those who have attended Kosmic Kingdom talk about the unique vibe, feeling like they’re sent back in time to a medieval village.

2020 line up hasn’t yet been announced, but Kosmic Kingdom 2019 came at us with a sick lineup. With dubstep, trap, and bass names, there is plenty of music to be enjoyed throughout each day. 2019 included Liquid Stranger, Opiuo, Dirt Monkey, Subtronics, CharlesTheFirst, Of The Trees, and many, many more.

Looking for other 2020 festivals? Check out these articles.