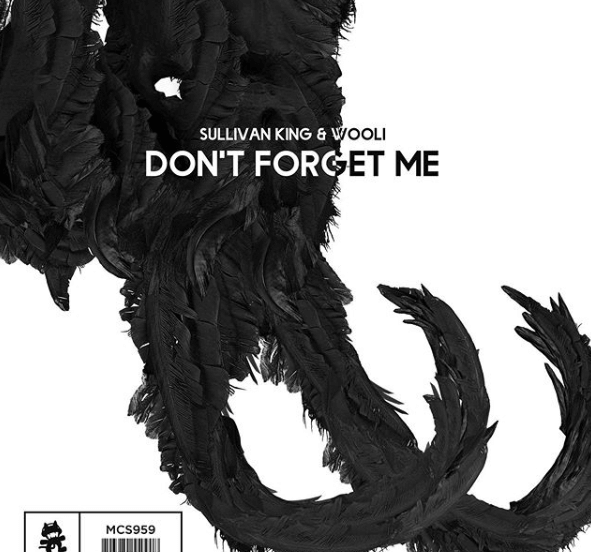 The highly anticipated Sullivan King and Wooli collab, “Don’t Forget Me”, is FINALLY here! After hearing it teased for months (heavily on Sullivan King’s recent tour), fans of both artists have been dying to see what the duo can produce together. Featuring distinct elements from both these producers, they gave us something we can cry and headbang to. (Or as Wooli would say, crybang.)

Wooli being known for his melodic intros into heavy dubsteps drops managed to flow perfectly with Sullivan King’s vocals and metal influences. With the intro starting out softer having Sullivan Kings vocals overlaying it, we’re lead in to a Wooli influenced, melodic first drop. Following that- you start to see a lot more of Sullivan King’s metal influence half-way through; leading in to the heavy second drop with Sullivan King’s screaming over it. Concluding the last minute or so of the song, we are once again BLESSED with an amazing guitar instrumental mixed in.

Both artists have absolutely blown up over the past year and it’s outstanding seeing what they can do together. While Sullivan King just finished his ‘Thank You For Raging’ Tour, you can catch his on various lineups this festival season. In the meantime be sure to catch Wooli on tour with Excision this spring and at various festivals. Be sure to keep an eye out for new music from both these artists!

Listen to “Don’t Forget Me” here!

And if you’re looking for a solid playlist to follow, keep up with our weekly Spotify Playlist, Fresh Hunts. Whether it’s the newest hits from Sullivan King and Wooli, your other favorite artists, some old school, or underground—we want you to hear it.