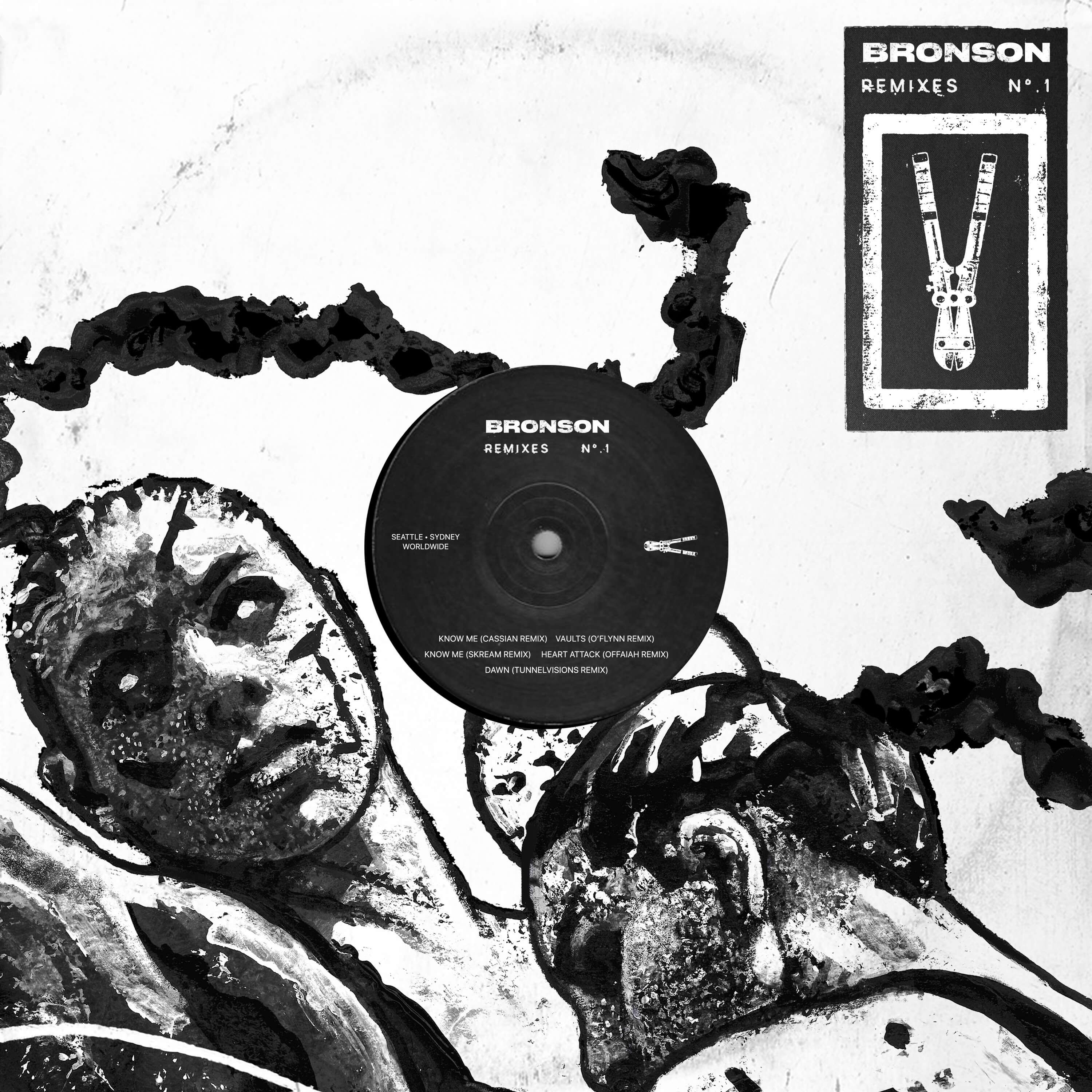 By Brianna IrvinSeptember 29, 2020No Comments

Between the debut BRONSON album and follow-up commentary, we didn’t think it could get much better. That was until BRONSON announced the forthcoming remix EPs. And yes, emphasis on the s, because they are delivering three separate remix EPs, each tastefully curated in their own right.

Slated for release this October 16, fans can look forward to reworks from influential artists Cassian, O’Flynn, Skream, OFFAIAH, and Tunnelvisions.

The BRONSON project was originally born out of a need to push our own creative boundaries and to allow us the space to create something that felt experimental and free from expectation. Connecting with this amazing group of producers for the BRONSON Remixes was really just an extension of that – they were able to take tracks from the album and reinvent them, all while staying true to the ethos of the project. The end result is a collection of reworks that lives in its own distinct lane, giving the album a renewed energy. Special thanks to all of the talented artists involved for adding their own spin to the project.”

For those who are wanting a taste of what’s to come, BRONSON has debuted Remixes Nº.1 with a tastebreaking remix from Rose Avenue Records’ standout, Grammy-nominated Cassian. Speaking on the release, Cassian tells in a press release that the remix came to life in a very non-traditional format, through cryptic phone calls and number sequences, ultimately leading him to discover the BRONSON Instagram account and shortly after receive the “KNOW ME” remix stems. Putting it all together, Cassian pays homage to the original track, highlighting the velvet vocals from Gallant with a captivating bassline.

The forthcoming remix EPs will also feature acclaimed names among the likes of Hayden James, Patrick Topping, Prospa, and more.

Listen to the first single from the BRONSON Remix EP, “KNOW ME (feat. Gallant) [Cassian Remix],” below! Out now on Foreign Family Collective/Ninja Tune

Looking for a solid playlist to follow? Keep up with our weekly Spotify Playlist, Fresh Hunts. Whether it’s the newest drops from BRONSON, all your other favorite artists, some old school, or underground—we just want you to hear it.