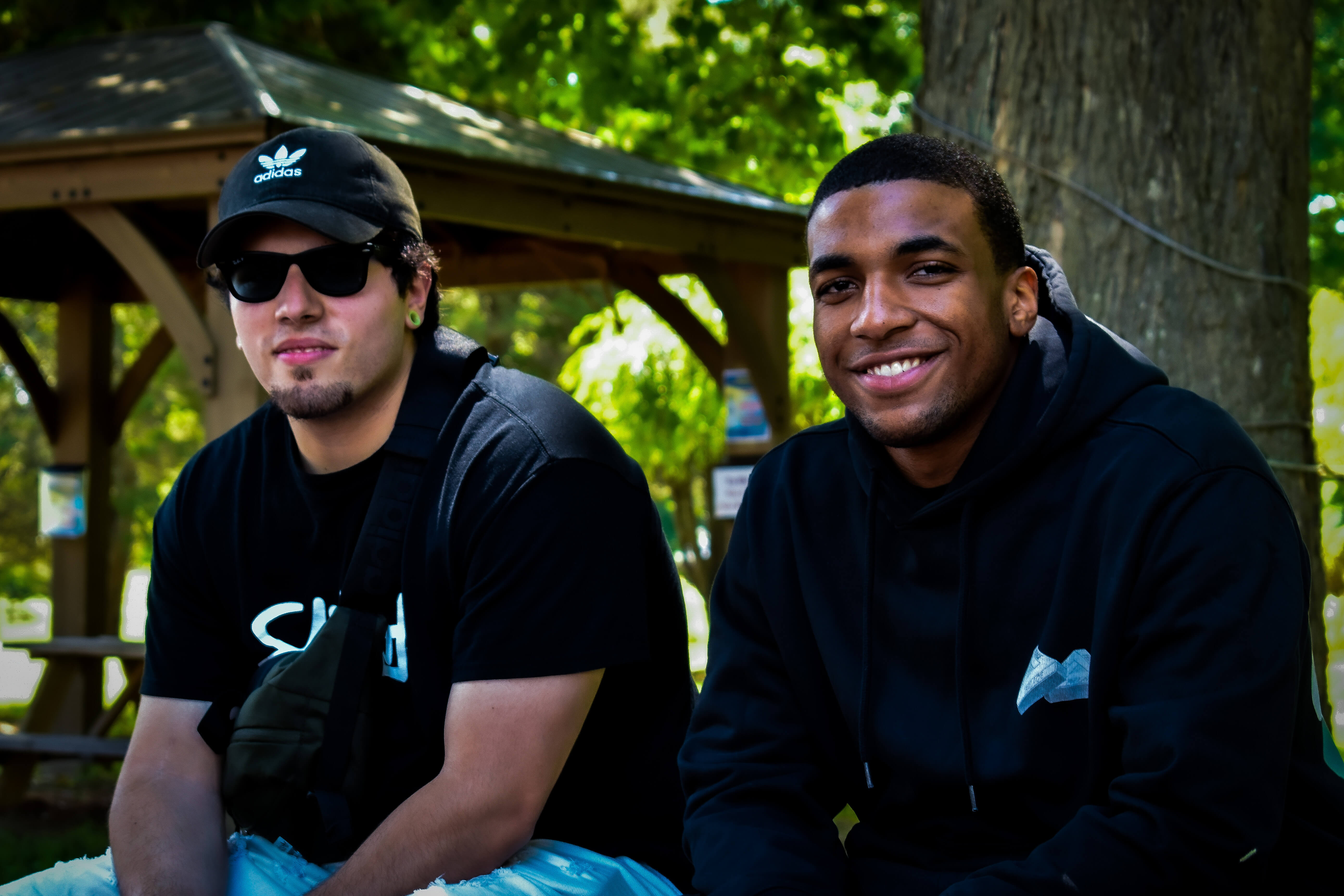 Getting To Know Psyoctave [Exclusive Interview]

Almost three years ago, the first Psyoctave release was uploaded to Soundcloud with no idea where it would take them. Since then, the duo has shot on an upward trajectory, becoming more prevalent and gaining recognition in the electronic scene by the day. With releases already out on established collectives such as the Untz and Electric Hawk, this is only the beginning for the two. And if you aren’t already familiar with the name Psyoctave… now would be the time.

So who’s behind the duo Psyoctave? We got the chance to talk to them in an exclusive interview about how Psyoctave came to be, what they’ve been working on recently, and any future projects they have up their sleeve.

Brianna, Electric Hawk: Let’s start by getting a little history on you guys. How did you two originally meet, and when did it first spark that you wanted to produce music together?

Psyoctave: The two of us have been friends since middle school, which is when our love for electronic music really started to blossom. Right away we bonded over our similar music taste. David had started a duo our junior year with another one of our classmates, who wasn’t around for long. He eventually asked me (Brandon) to join the project at the beginning of our senior year.

We attended EDC New York together later that year. That’s when we really fell in love with the scene and knew we wanted to start taking music more seriously. After that, we started to learn FL Studio and taught ourselves how to DJ (terribly). We officially started our first project called Bvss Br3ak3r summer of 2015 and we’ve been working together since then.

EH: If you had to sum up your “sound” in three words, what would you choose?

EH: Sounds about right. You’ve been pretty quiet as far as releases go this year, but it seems like there’s some new music on the horizon in October. Any word on what we can expect from this?

Psyoctave: This year has been hard for the both of us just like everyone else, which is why we held off on releasing too much music. It didn’t seem right to release too many projects and promotion given the current state of world. We also wanted to take advantage of our free time to improve our production and incorporate new things into our music while setting new goals for where we want to go. It’s been about 7 months since our last single and 5 months since our “Bout Me” remix, so we plan on releasing two different projects in the month of October.

Our new single, “Act Like,” is set to release 10/2. This one has a deep dubstep influence while keeping our signature Psyoctave sound. We also plan on releasing a very special remix for our friend Chomppa towards the end of the month.

EH: Your music is definitely on the heavy side of the bass spectrum, but you mentioned you’ve been working on some melodic music lately, too. I’m curious on how that came to fruition, and any chance it’ll ever see the light of day? Fingers crossed here.

Psyoctave: Melodic music has always been a huge influence for us. More so than bass music, honestly. So it’s always been something that we’ve experimented with in our free time. We even snuck one of our melodic projects into our first Electric Hawk mix at the beginning of last year. However, we wanted to take more time to improve our production before we started to incorporate that kind of music into our brand. We considered starting a side project for that type of stuff, but seeing our peers like Super Future, Mize, and Space Wizard make incredible bass music while exploring melodic styles really inspired us to incorporate it into the Psyoctave project.

The vast range of taste of everyone at Electric Hawk has played a huge roll in us incorporating other styles as well. It’s nice being under a label where we have freedom to explore and expand our sound without being locked into just heavy bass music. We both experienced a lot of personal tragedy this year, so we’ve been taking time to put our feelings into our music. We’re not in any rush to put it out, and we want to make sure it’s unique to our style without seeming like we’re just giving into the “downtempo” trend that seems to be taking over our area of the scene. One of our current goals for Psyoctave is to provide more than just fun bass music. We want to give our fans a proper emotional escape as well. So expect some very different music from us in 2021 and beyond!

EH: Are there any collaborations in the works currently, or any artists that you’d like to work with in the future?

Psyoctave: We held off on collabs for a few months, but we’re starting to get the ball rolling again finally. We currently have active collabs with Cvptvgon, Vieira, and Mize. Be on the lookout for stuff with Super Future and the Blurrd Vzn boys at some point, too.

EH: Can’t wait for those! I know you guys must miss live music as much as the rest of us, too. Do you have a bucket list venue or festival for when shows are being safely thrown again?

Psyoctave: COVID hit as soon as we started to tour around more, so there’s still so many venues that we’re dying to play at. Black Box, Republic NOLA, Hollywood Palladium, Webster Hall, and Concord Music Hall just to name a few. We’d also love to throw down at Red Rocks eventually!

EH: What are some of your goals as Psyoctave?

Psyoctave: We’re currently trying to diversify our sound and create a unique experience for everyone. We want to have more range in our original music along with our sets, so we’ve been experimenting with other styles that inspire us recently. We also want to establish a fanbase where everyone feels accepted and can be themselves.

EH: You’ve played a few livestreams this year (and crushed them all), including our very own Electric Hawk Harmony festival. Are you planning on playing any others for the remainder of the year?

Psyoctave: We’ve had SO much fun with the livestreams this year. It’s been great being able to curate different sets for each one. The only other stream we have planned for the rest of the year is Sunday Swerve next month. It’s been a goal of ours to play one, so that’ll be a super special set.

EH: What are three things you two are most grateful for right now?

Psyoctave: We’re grateful for all of our peers in the industry who constantly inspire us. It’s great coming up with so many talented artists that are also great people. We’re also thankful for our manger, Hunter, who constantly keeps us in check. Lastly, we’re grateful for everyone at Electric Hawk. Having such a large support system of amazing people really pushes us to keep up with our music and keep doing what makes us happy.

EH: Now, to wrap things up, is there anything you can clue us in on for your plans for the rest of 2020? The floor is yours.

Psyoctave: We’ve got our eyes set on 2021 already, but we still have some cool really stuff planned before the end of the year. We’ll have our first wave of merch out before the end of the month, which was one of our main goals going into 2020. We also plan on ending the year with the next installment of our Psychosis mix series to give everyone a taste of where we’re taking the project. So expect that to have a ton of new material from us and friends.

And there you have it. Although they’ve kept their heads down lately, it’s paid off through lots to look forward to. Be sure to pre-save “Act Like” HERE and keep an eye out for the merch drop!

Trust us, the wait has been worth it for this.

If you’re looking for a solid playlist to follow? Keep up with our weekly Spotify Playlist, Fresh Hunts. Whether it’s the newest drops from Psyoctave, all your other favorite artists, some old school, or underground—we just want you to hear it.