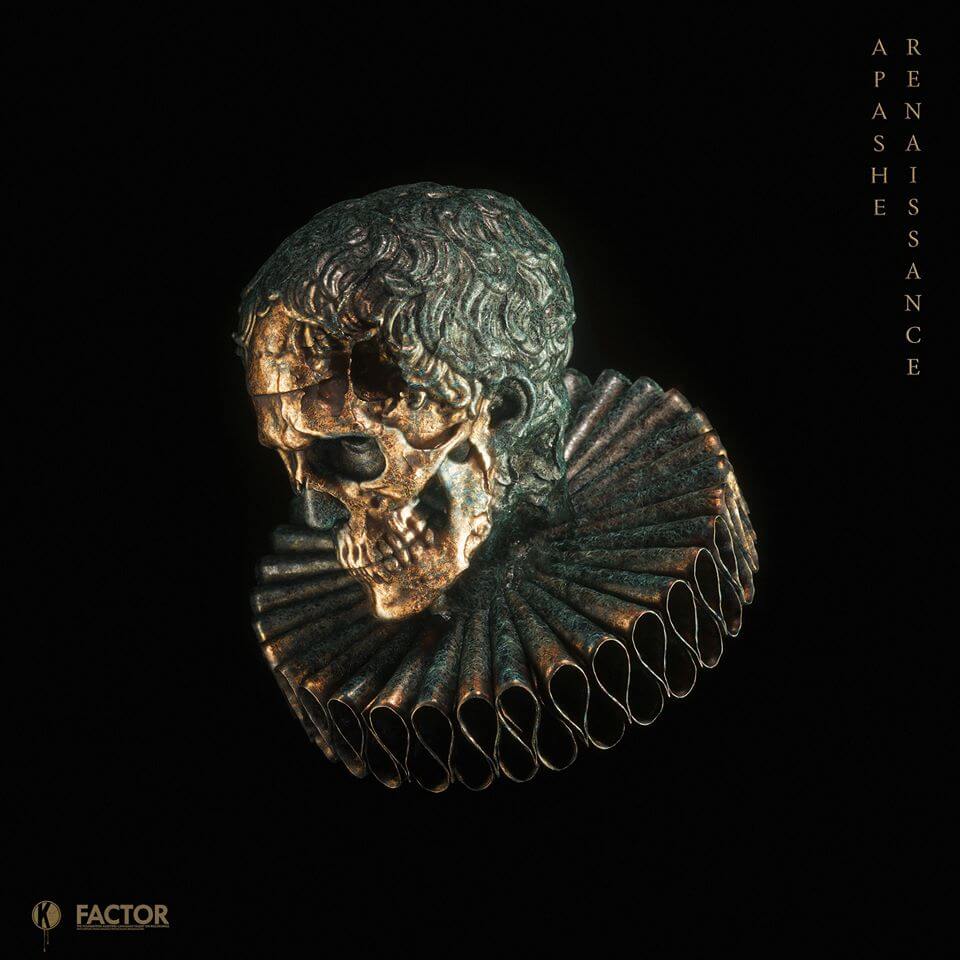 Apashe beautifully blends orchestral and electronic music to bless our ears with his first full-length album since 2016. Prepare yourselves for Renaissance.

John De Buck, the man behind Apashe, is a composer and producer from Brussels, Belgium. Known for relentless trap beats and intricate sound design, Buck has proven to be an important piece of the puzzle that is Kannibalen Records. John started producing breakcore back in 2008 before eventually finding a home in trap music. However, I’d argue that labeling Apashe as a trap artist doesn’t check all the boxes.

The first track from Renaissance is almost completely orchestral. A lovely arrangement, that builds anticipation using many different moving parts. It’s reminiscent of a new discovery in some sort of exploration type video game; like Destiny, or No Man’s Sky. If you could somehow turn “The Freedom Speech” from Braveheart into a symphony, this is it.

I’ve noticed that some songs have this inherent tone that excites you. They create this narrative in your mind that almost compels you to keep listening, and dive deeper into their catalog. Distance is a good example of this. Using trap kicks, and a live orchestra; Apashe and Geoffroy get the trap arms pumpin’ with a song about distancing yourself from that toxic, indecisive person that’s draining your energy.

“Behind My Eyes” feat. LIA

Let’s talk about the vocalist on this track, LIA. She’s a singer/songwriter/multi-instrumentalist from Maryland, and her voice is haunting. Singing about the struggle of suppression, this one feels like a warning against anyone that’s ever made her feel less than the queen she is. Vocal layers create some really eerie harmonies. Furthermore, an almost tribal chorus gets you ready for war. We love you Apashe, but LIA stole the show on this one.

This one is aptly named because I’m gettin’ some major Frankenstein vibes. Woodwinds build up and are met with the horn section, along with an ominous church choir. The kicks go 4-on-the-floor and build into a filthy headbanger. Real bass face type shit.

Yizzy is an English Grime MC from the UK. On “Dead,” Yizzy drops bars over a somewhat ambient intro. For a song about feeling dead, this one is super light-hearted. The beat drops into a soft-core dnb break that is really fun to flow to.

Ok. This one is my favorite. It was released as a single back in January, and it scored a sick write up by one of our very own. Because of that, I won’t dive in too much to this track. However, I’m compelled to declare my love for this song. Instasamka is an MC from Russia, and although I have no idea what she’s saying; what I do know, is that she SPITTIN’. It’s got that meaty 808 that builds up into a S-L-U-T-T-Y dnb break. When I first listened, I literally jumped out of my chair and started running laps around my house.

This album is packed full of incredible samples, and impressive guest features. Other notable tracks that incorporate hip-hop lyricists are “Insane” featuring Tech N9ne, and “Work” featuring Vo Williams. Tech N9ne is arguably one of the best lyricists alive, as well as a pioneer of the independent wave in hip-hop. Meanwhile, Vo Williams is breaking ground in a rising new genre described as Epic Hip-hop. Both tracks are gritty, wonky, and surefire hits at your next social gathering.

Apashe’s trap know-how will leave you questioning your gangster, and asking yourself if you’ve ever truly seen a Chevy with the butterfly doors. But his musical composition, precise sound design, and genius sampling will leave you wanting more. I could go on and on about this album, but I don’t want to spoil it, so I’ll leave the rest up to you.

Stream Apashe’s Renaissance LP below, and support your favorite creatives:

Keep Up with Apashe
Soundcloud|Twitter|Instagram|Facebook

And if you’re looking for a solid playlist to follow, keep up with our weekly Spotify playlist, Fresh Hunts. Whether it’s new Apashe, all your other favorite artists, some old-school, or underground—we just want you to hear it.