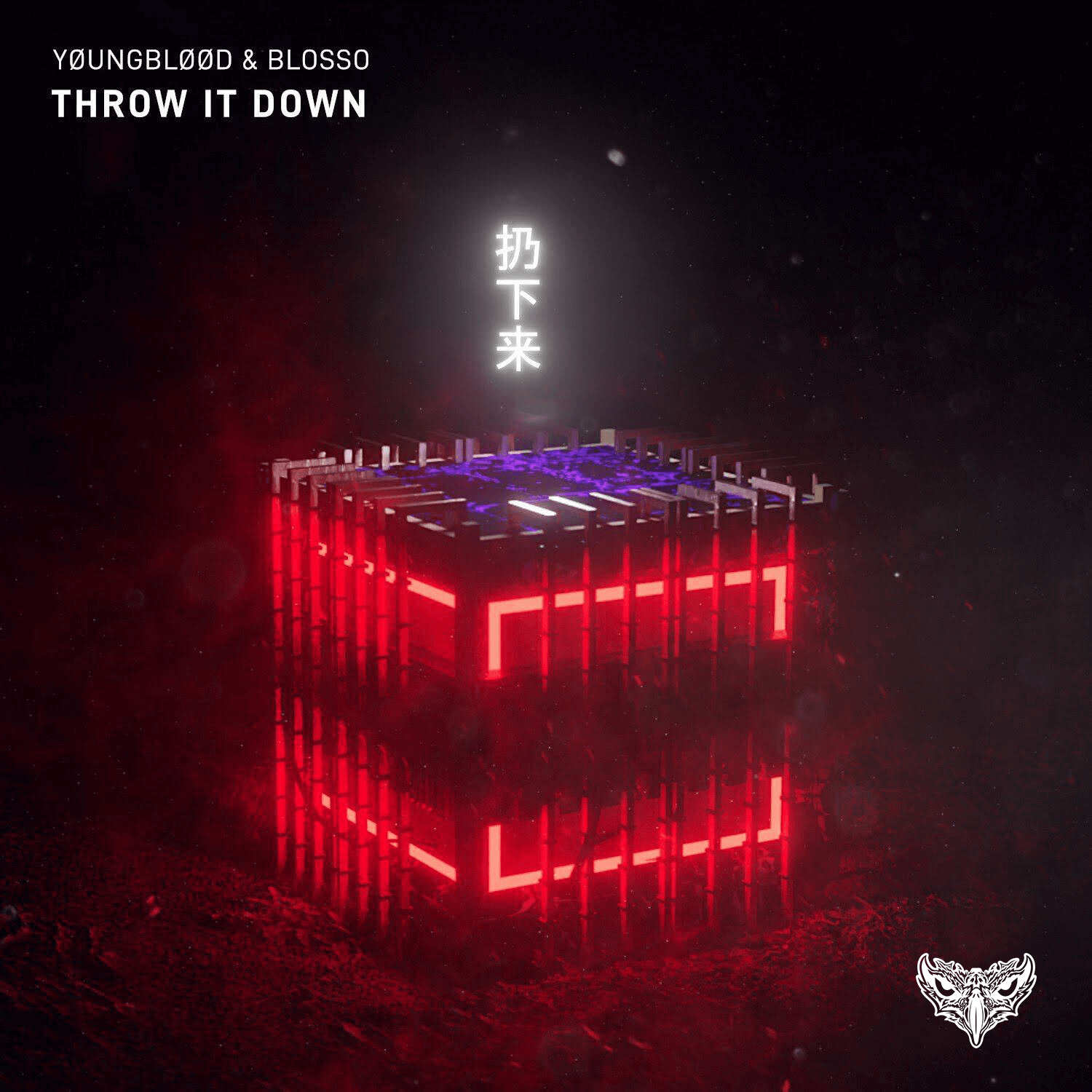 YØUNGBLØØD and BLOSSO drop filthy trap heater, “Throw It Down.” This one isn’t a honker, it’s the honker. And it’s here exclusively via Electric Hawk.

Alex Jongbloed, aka YØUNGBLØØD, is a shining new talent in underground bass music. The Virginia born, LA-based, DJ/Producer with only 3 years of releases, has already made an undeniable impact, sharing the stage with artists like Party Favor, Eliminate, and Nitti Gritti. Boasting a variety of singles, bootlegs, and mixes across streaming platforms, YØUNGBLØØD has made his mark.

Like an artist mixing paint to create new colors, YØUNGBLØØD joins trap elements with unique sound design to forge his own path—a sound that can only be described as “designer bass.” Alex draws influences from trap icons RL Grime, ATLiens, and most importantly, Baauer. He thrives in the tempo range of 100-130bpm, and even incorporates his own live instrumentation in his music; specifically piano and guitar. In short, if you’re still sleeping on this budding bass producer, it’s time to wake up.

“Throw It Down” is that hard-hitting trap that will rattle your entire existence. The track begins with drum kicks and a sound sample that feels like the countdown to your demise. Hip-hop vocal samples from the classic “Throw Some D’s,” by Rich Boy and Polow Da Don, lead you into a drop that is nothing short of disgusting. Synthesizers, reminiscent of the old-school trap flavor we know and love, consume the first and second drops before giving you a brief intermission to rest your neck and hydrate. Thankfully too, because the third drop in this banger chops up the vocal sampling and gets the crowd bouncing. Loud, hard-hitting, aggressive trap at its finest.

Stream “Throw It Down” by YØUNGBLØØD and BLOSSO below, and support your favorite creatives: