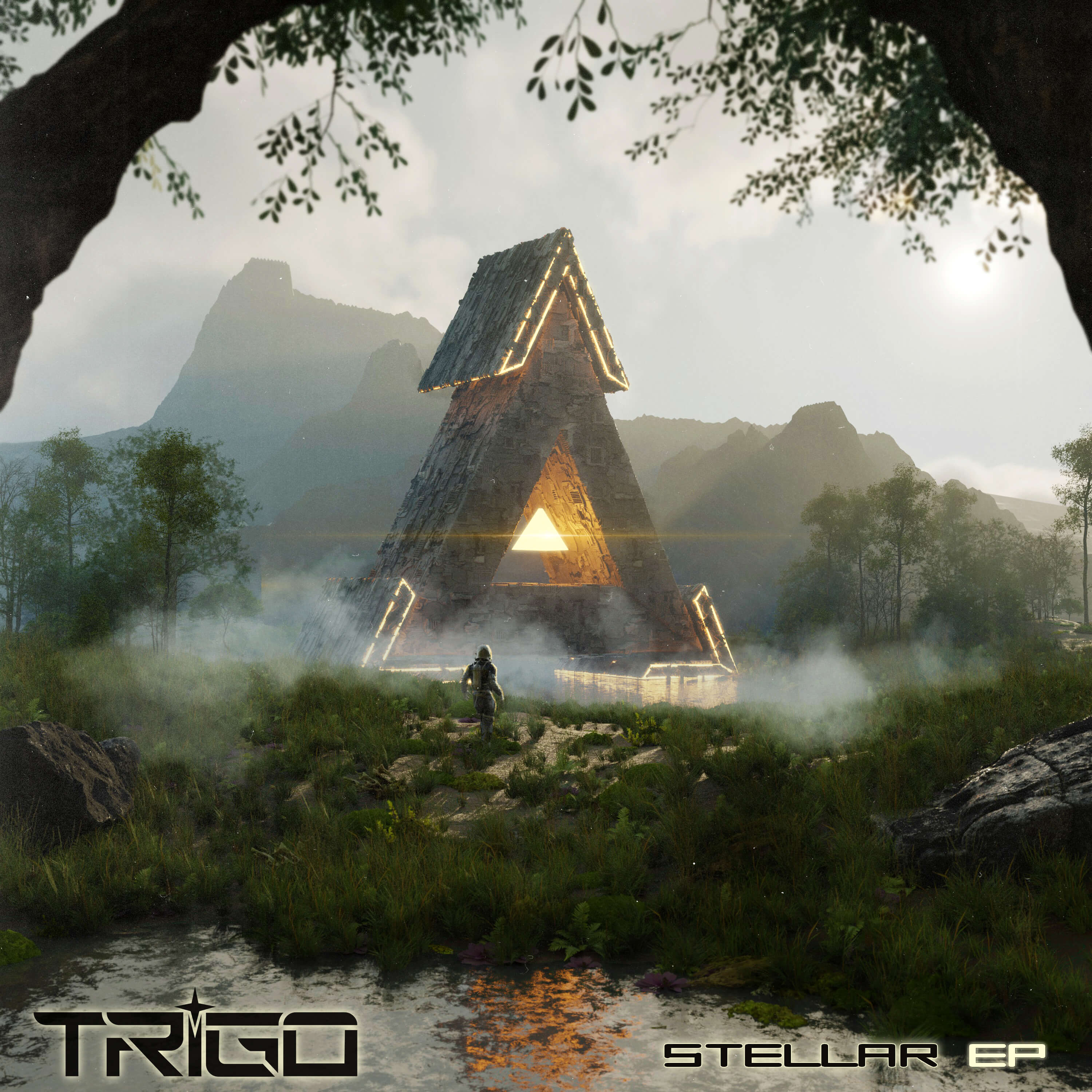 The Birth of TRIGO [EXCLUSIVE INTERVIEW]

TRIGO is the latest bird to join the flock at Electric Hawk Records. His debut EP, Stellar, is an ethereal blend of alien bass music that will set your soul ablaze. Aside from the music, this release marks a new beginning for the man behind the moniker. And, like most of us, this last year has been quite the journey. So we sat down with TRIGO, in this EH exclusive interview, to hear more about the story behind this breakout talent.

Jerry Perez is a Texas-born, Colorado-living, go-with-the-flow type of guy. Engulfed in music from a very young age, Jerry has been making music for over 10 years. What started as a band playing only for fun, Jerry’s love for music would eventually blossom into a passion that couldn’t be ignored. The catalyst? Red Rocks.

In 2010, while backstage during Deadmau5, TRIGO had a realization. Gazing upon a sold-out show, Jerry knew that this was where he needs to be. And it’s been his goal ever since.

I need to be right there, on stage, playing music for those people.

Hayden McGuigan, Electric Hawk: What are some musical inspirations from your childhood?

TRIGO: Childhood, it was all rock and roll. My dad raised me on metal. Seriously, one of my earliest memories in life is Ozzy Osbourne’s “No More Tears.”

I remember hearing the chorus and thinking, “what the fuck is this?” Metallica, Iron Maiden, Judas Priest, Foreigner, Fog Hat, just all kinds of rock n’ roll and metal. My dad was just always playing music. Once I started getting into electronic music, I’d say my biggest influence was definitely The Glitch Mob. What they were doing was exactly what I wanted to do. RL Grime is probably another first.

HM: I mean how can you not love those guys?

HM: What would be a dream collaboration for you?

T: I’ve actually thought about this many times. Definitely RL Grime, and anyone from The Glitch Mob. Then Mike Shinoda, or Joe Hahn from Linkin Park.

Before he became TRIGO, Jerry went by INFDL. Music was already on the table. His career was in motion. He even camped and performed with the Facemelt crew at Electric Forest 2019. But after a series of talks with industry pros, Jerry had a realization that it was time for a change.

HM: Let’s talk about the rebrand.

T: Of course. So originally, I chose the name “INFDL” partly because my middle name is Fidel, which means “to have faith.” When I started making music, that was actually around the time that I stopped going to church, which was kind of a big deal because I was raised Catholic. I told my family that this wasn’t for me anymore, and during this whole process, I was still trying to figure out a stage handle. So while I was dealing with the repercussions of leaving my faith, I thought INFDL just made sense. I mean, I was an infidel to my family, and my friends from the church, so I decided to own it. It was reflective of my lack of faith, and it was personal because it’s my name.

Just recently, a label I really admire educated me that my name could be seen as offensive by a large margin of the world. Because it’s my name and accurate in relation to my exit from Catholicism, I admittedly never even considered it.

HM: You were just taking it as a response to the religion you were raised in.

T: Absolutely. I was using it as a badge of honor! I never considered how it was used towards other people. It was a huge shock to the stomach. But that’s when some good people stepped in to help me make the right decision.

HM: What was the biggest hurdle during this process?

T: Definitely just picking a name. I tried to get this done as quickly as possible, and it’s hard trying to rush something like that. I have a weird fascination with triangles. They’re even a big part of my Wife and I’s wedding, so I really wanted to incorporate my affinity for these geometric shapes that I use everywhere. I was talking with some friends, and my one buddy said, “what about TRIGON,” and then my other friend suggested dropping the “N” and it just kinda stuck.

Later, I ended up having a chat with my friend Blake (Guilt Chip), and he gave me some great advice. Whenever we talk, I swear, I come out smarter. I feel like I always come out of those conversations with my mind blown. He put it in my brain to really hone in on my visual aesthetic and my brand. It ended up really fun, and almost like homework. After about a month of looking through Instagram for 3D artists, I found Josh Kasper, and now that triangle monolith you see will be in every piece of artwork related to this project. The concept is like a story of the character TRIGO discovering these monoliths while visiting different worlds.

TRIGO’s debut EP, Stellar, is musical exploration at its finest. The project ebbs and flows between numerous genres, consistently keeping the listener on the edge of their seat. Entrancing melodies, encompassing bass frequencies, and beautiful mastering make this EP the perfect testament to the skill TRIGO possesses.

HM: You often blend several different elements into your music. Often euphoric and thought-provoking, your tunes take people to another place. Do you have some sort of process or ritual when making music that feeds the mind?

T: Usually, when I’m making music, I don’t like getting stuck in a routine. I love all genres of music, so those elements you hear come from a genuine appreciation for those genres. Nowadays, I’ll just start off with something random, like a random preset, and just write some chords and build around it. I got in a routine for a while and eventually realized that my creative juices weren’t bursting like they were before. When I try to force something, the idea just never comes out, so now I just bump around and let it flow. That’s the money. Or, if anything else, I’m big on cannabis.

HM: What can we expect from a TRIGO live-set?

T: Oh I have so many ideas. I have a lot planned that I can’t give away right now, but I really want to create an immersive experience. In 2013, I saw Tycho at Red Rocks and I didn’t even know who they were at the time. That set made me want to go this route. I want to create an experience that people won’t forget for the rest of their lives. If I can do that, I’ll have succeeded as an artist. I’m already making tracks specifically for live events. I’ll probably even throw some of my favorite hardcore tracks in there, like Underoath. I want to bring the energy.

TRIGO is geared up and ready to take the world by storm. He has the vision, the skill, and the mindset necessary for greatness. It’s the start of a new chapter for Jerry, both professionally, and personally. Because aside from this massive release, major congratulations are in order.

Congratulations from the Electric Hawk team. We wish you nothing but love, and happiness, from now until infinity.

Listen to Stellar, the debut EP from TRIGO, below.

Looking for new music? Keep up with our weekly Spotify Playlist, Fresh Hunts. Updated every Friday with all the latest releases. Whether it’s the newest drops from TRIGO, your favorite artists, some old-school or underground – we just want you to hear it.