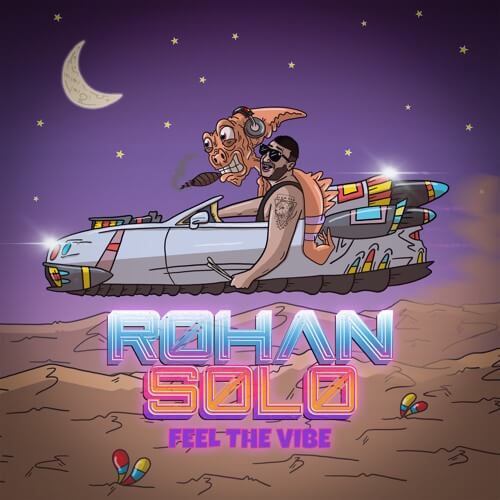 ROHAN SOLO Welcomes in a New Era of Funk

If you haven’t realized by now, the Hawks here at Electric Hawk LLC are big STANS of the electro-soul genre. After celebrating with some of the finest upcoming talents the genre has to offer at our very own Funkytown festival, we have continued to scour low and high to find the best under-discovered talent in the scene. When we happened upon ROHAN SOLO we were simply floored. Now looking to celebrate his debut track we are here to hype this mother f’er up.

Let’s get to know this brilliant drumming phenom a little better. Rohan Prakash, hailing from the beloved trap capital of the world. 808s are ingrained in Rohan’s DNA as an Atlanta native. Fusing his artistic mind and creativity, the well-versed musician mastered sound design along with his own drumming capabilities to well position himself in the electro-soul community. Joining forces with Alex Etheridge & Thomas Garrett, the three built Space Kadet. A founding forefront for the infusion of live music and electronic beats. Now ready to stand on his own we get a taste of what he has to offer.

An absolute legend in his own right!

The skillful percussionist has made his mark touring and performing all around the country. He has opened for just about every major name in the funky realm. GRiZ, STS9, Big Gigantic, The Disco Biscuits, Tycho, The Floozies, Papadosio, Lotus, Russ Liquid Test, Chris Karns & Daily Bread are just a sample of the elite talent Rohan has shared the stage with. Not to mention, Rohan has also performed live drums with artists such as electro-soul pioneers Marvel Years, Manic Focus & Maddy O’Neal!

Maintaining the groovy space odyssey voyage vibes that Rohan Prakash had built upon with Space Kadet, Higher Learning, and Hive Mind, he is entering a new era. It’s an embark further into the deepest depths of funk. Bringing his percussion skills to center stage, Rohan Solo is a brand new project born from the genius mind.

Immerse yourself with “Feel the Vibe”

“Feel the Vibe” begins with a little rewinding of the track accompanied by some spacey glitches sending us into a full ascent into cosmos. Ladies and gentlemen, we are now lifting off. Thick and hefty snares greet you as you summit into the celestial space. Hip-hop vocals are sampled to bridge your mind further into this sanctuary of outer space. It seems as though we’ve hit a little turbulence. Suddenly, the tumultuous drop hits hard and thunderous. As things start to get real rowdy and abrasive, Rohan Solo toys with us throwing in one unexpected drop after the next. The mutilated synths hit hard paired with the otherworldly drum patterns Rohan Solo has masterfully crafted up.

And if you didn’t happen to catch his FIRST EVER solo live performance this past weekend, you can now relive the set in full over at Rohan Solo’s FB page HERE!!

Stay in touch with ROHAN SOLO:

Stay in touch with Electric Hawk & all our coverage: