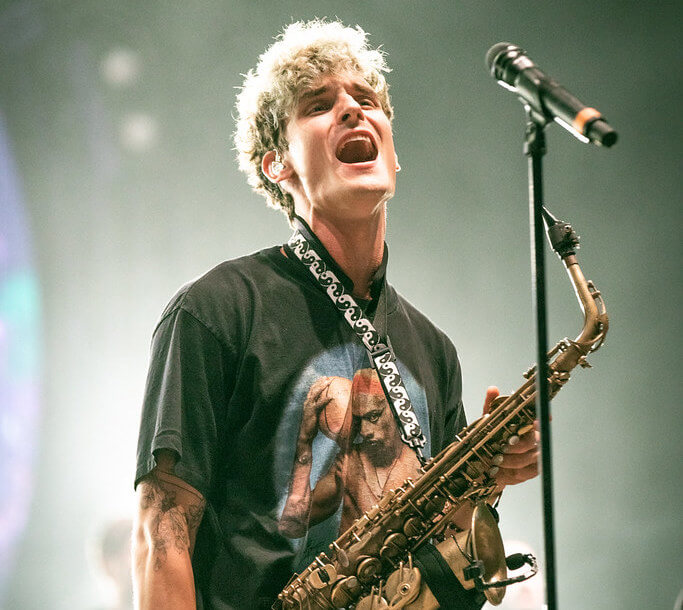 Griz Gets Funky Fresh with ‘Bangers[4].Zip’

It’s no secret that Electric Hawk fave Griz has been dabbling in other genres, so when he so seamlessly incorporated a multitude of them in his Griz Bangers[4].Zip, we weren’t surprised but impressed (…as expected).

The EP is the next grand installment since Bangers[3].Zip and more that he’s been blessing us with since he’s breakthrough album, Ride Waves.

The 3-song release begins with “Gonna Get Funky”, which is his rendition of Mr C The Slide Man’s “Cha-Cha Slide”.

Griz tops it off with a funky house twist that will make you feel like you’re right in the middle of a real-life ’70s disco, and we’re here for it. The best part is we all know the moves, so all you gotta work about is putting on the track and groovin’ to the beat.

We all know Griz has been dabbling hard in bass. He even tweeted he wanted to play at Lost Lands next year. We have an inkling it has to do with the most popular song out right now “Griztronics”, but please don’t quote us on that.

“Let’s get weird” has the same vibe, starting off ominously and going into hard drops that won’t let you catch your breath, the song wildly ascends and descends into a flurry of wonky sounds that push and tug onto any bass lover’s mind.

“Tiger Kingdom Space Camp” is the closest to classic Griz in this series of funk bangers and we love it… Electric Hawk loves the song title so much, we’re even thinking of naming our Electric Forest campsite after it.

While Griz adds electro waves and dubstep drops to the track, it still definitely has that funky feel that Griz reigns over it. And the horns…. unf.

Get saxy with Griz and listen to Griz Bangers[4].Zip now!