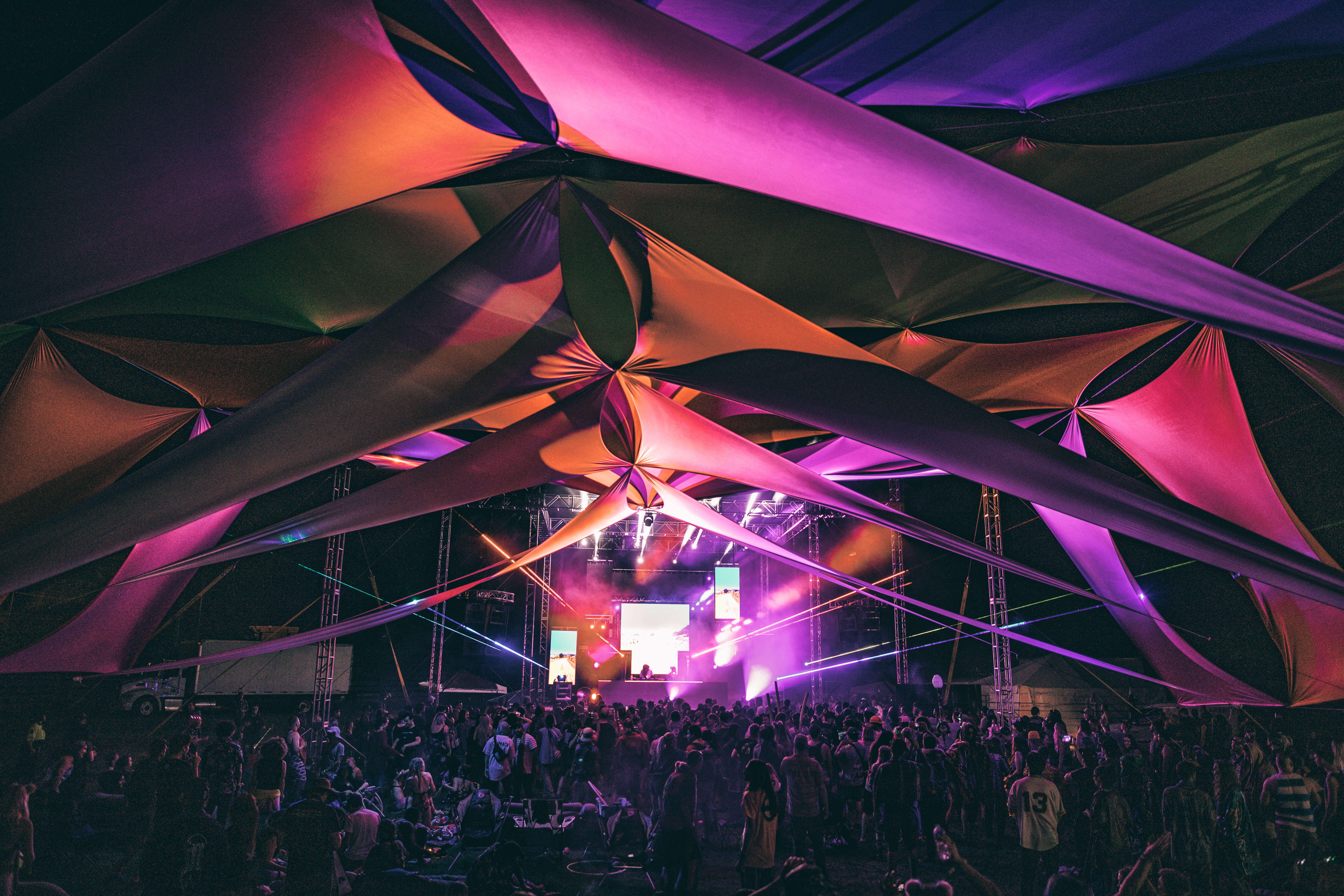 Meet The Man Behind ‘The Untz’ Empire, Avi Gallant

Everyone in our little electronic universe is familiar with The Untz. “The most comprehensive website for fans of underground bass music,” and not to mention, a massively successful music festival. Coming fresh off the release of the official dates, lineup, and safety precautions for 2021’s The Untz Festival, we spoke with the man behind it all, Avi Gallant.

Toni Nittolo, Electric Hawk: You seem to be the man behind the scenes. Would you mind telling us a little more about yourself and your journey with The Untz publication?

Avi Gallant: It’s myself and my partner Matt Thomas, who’s even more behind the scenes; we started this together in 2008, creating a portal online that would connect electronic dance music fans. It would provide them news and information and create a database for events, promoters, and record labels. We began as – and still are – fans of jam band music. There’s a website called Jambase.com, and it sparked the idea for an electronic music website. In 2007, I was exposed to psytrance at Symbiosis Gathering, and I had never heard anything like that before. I was intrigued to find out more information, but when I started looking, and I realized there wasn’t a place to find really good information. That was the genesis to creating this website and finding out more specific events in your area.

Corie Odom, Electric Hawk: Would you have ever imagined that it would have grown into what it is now and had the success that it has seen?

Avi: You know, success is measured in different ways. We really pivoted to the festival five years ago because the original business model for The Untz was to create advertising opportunities. After trying to do that for 10 years, we realized that wasn’t going to be a business model that worked long term. We watched many festivals come and go but realized if you could create a successful festival that it can be something profitable. That’s when we started focusing more of our attention on the festival. Using the website as an auxiliary way to help out, create relationships with artists who would want to play our events, recognize what’s going on in the industry, and hopefully send people to our festival via the website.

We’re there Saturday night, and everybody is having the time of their life, and we think, “Wow, this is awesome.”

Toni: You described The Untz previously being a broader hub for electronic music as a whole. Over time it seems to have become focused on different kinds of experimental and underground bass music. How did that happen?

Avi: We realized other blogs were coming up, and everybody was covering Tiesto and Armin Van Buren; not that they don’t make great music. We were always more into the underground and trying to find the next up-and-coming artists. We used to have competitions where artists would submit tracks, and we could find out about them through that. Sunsquabi actually won one of those first challenges. Now they’re playing Red Rocks this year, so that’s really exciting.

In 2016, when we first had the festival, it was a mixture of jam, psych, and melodic bass. It was all music that I personally enjoyed, but it didn’t make the festival particularly captivating in terms of attendance. It was a learning experience, though. I’ve been to festivals for 20 years now, and I realized running a festival is about creating experiences for other people. Creating the magic I’ve felt at festivals for other people. At my festival, I’m worried about running the event and making sure it’s safe and successful versus trying to book all my favorite artists. Realizing that and taking your ego out of it is very important. So, I’ve tried to step back from the booking process and let the experts handle it.

The other realization was that having a festival our size and trying to host seven different music genres is not a good idea. The Untz needed to be more focused and specific around one thing; we needed to bring a group of like-minded people together. We asked people who they wanted to see on the lineup, and we started seeing repeated answers; Liquid Stranger and the Wakaan crew.

A picture formed of all these underground bass artists. That’s why our 2017 lineup was just sick. It was every underground artist you could imagine. The reaction to the lineup was so great compared to 2016 that from that point forward, we decided, “Okay, now we have our formula that works, it is a niche.” Our attendance quadrupled, and we continued down that path, and it became our demographic. The enjoyment for our team comes from putting the whole festival together.

We’re going to do everything we can to make it safe as possible for people to attend.

Check out The Untz’s official 2021 lineup below!

Corie: When you’re building your team, what characteristics do you look for?

Avi: I look for somebody who’s done it in the past and been successful, like our festival manager Kenny [Holmes]. All different parts of our team have become family – from the catering to the box office to security. They’re all reliable and care about the success of the event. I can count on them to work hard for countless hours to ensure a smooth event.

Anand [Harsh] came to The Untz through an internship program at Indiana University. He’s been my employee for 12 years, and he’s amazing at his job. He does many things I could never do, and he lets me do what I need to do. We’re a good team. Also, I’m ready for the videos to start coming out again, and so is everyone else. After such a hard year, I think we’re ready for some humor.

Corie: Let’s flashback, it’s March 2020, and you start seeing shows and festivals cancel. What’s going through your mind about the future of your festival that year?

Avi: “Oh shit.” At first, we thought, oh, it’s just going to be larger festivals. We’ll still be able to do our event; it’s not that big. It just became clearer every day that we would have to re-schedule. Then, we started trying to aim for the fall, but we learned that it was getting worse in the summer, not better, so fall wasn’t going to happen either. I kept hoping for the best and trying not to decide until we absolutely had to. This is our family. We don’t want the people working the event to get sick. Obviously, we don’t want attendees to get sick. There are no guarantees in life, but this year, we’re going to do everything we can to make it safe as possible for people to attend.

Toni: How did you and your team decide on the protocol for hosting a festival that maximizes safety?

Avi: It was a 1- 2 month process. At first, we didn’t know if it would happen, but each day passed, and they vaccinated more people. Also, there was better news about infection rates, specifically in California. We involved the county and partners with different agents/managers to hear their thoughts on making it as safe as possible. We laid down having vaccine cards or negative PCR tests from 72 hours before, doing temperature checks at the gate, and requiring masks to be worn. There will also be mass sanitation. We felt like we were doing the best that we possibly could.

Corie: Electric Hawk is looking to follow a similar path as The Untz and wants to segway into doing our own festival as well. What would be your main piece of advice for someone starting their own festival?

Avi: Don’t do it, haha. But really, start small on all aspects and try to sell out. Someone might think that 5,000 tickets aren’t a lot, but that’s a lot to sell. Manage the budget very closely; plan everything out, and make sure it makes financial sense. I have a degree in finance, so one of my specialties is managing what’s coming in and out of the event. Also, what’s your mission? What do stand for? What are you doing other than being the Electric Hawk Festival? I figured out how to go about booking my own lineup, and now we finally have this niche defining who we are and what we are. We stand for something specific that people look to us to come to. Try to have something specific that differentiates you from the competition. That’s important.

Toni: Do you have hopes or projections for the 2021 festival season and for the future of the audience the pandemic comes to a close?

Avi: I’m really hopeful for this year. The pandemic was horrible for everyone involved, obviously. I didn’t die or lose anybody close to me. I’m thankful for that; it’s just business and life outside of that. Being patient and determined to want to do this, plus having good partnerships, means that this could be our most successful year yet. I already felt that it was going to be that way anyway because of our location change.

I’ve always believed that more people will want to come back if you create a great experience. Having all this momentum of the four years, and then there are other things lining up, I really thought it would be our best year. Now on top of that, we got to be one of the first events out of the gate to do this on the west coast. Given the reaction since putting out the announcement, it is loud and clear that people are ready to do this safely. I think we’re gonna have a great year and the future’s bright. Our family and people that come to our event are 99.9% really good people. They create an impact and treat other people with respect. We’ll do that again here.

It’s been a long journey. We’re here. We’re gonna make it happen. We should have an amazing event, and then there’s no reason that we can’t carry over to 2022 and beyond.

Corie: Your answer made me excited, so I’m matching that energy.

Avi: It’s going to be good. It might be kind of weird having all those people in one place, but the energy is going to be crazy. Coming back, having a festival, seeing the acts you’ve been dying to see for a year, and being back with your family, who you do these shows with. It’s going to be special.

You heard the man! The Untz Festival is not going to be one to miss this year. Secure your ticket now to experience the energy for yourself.