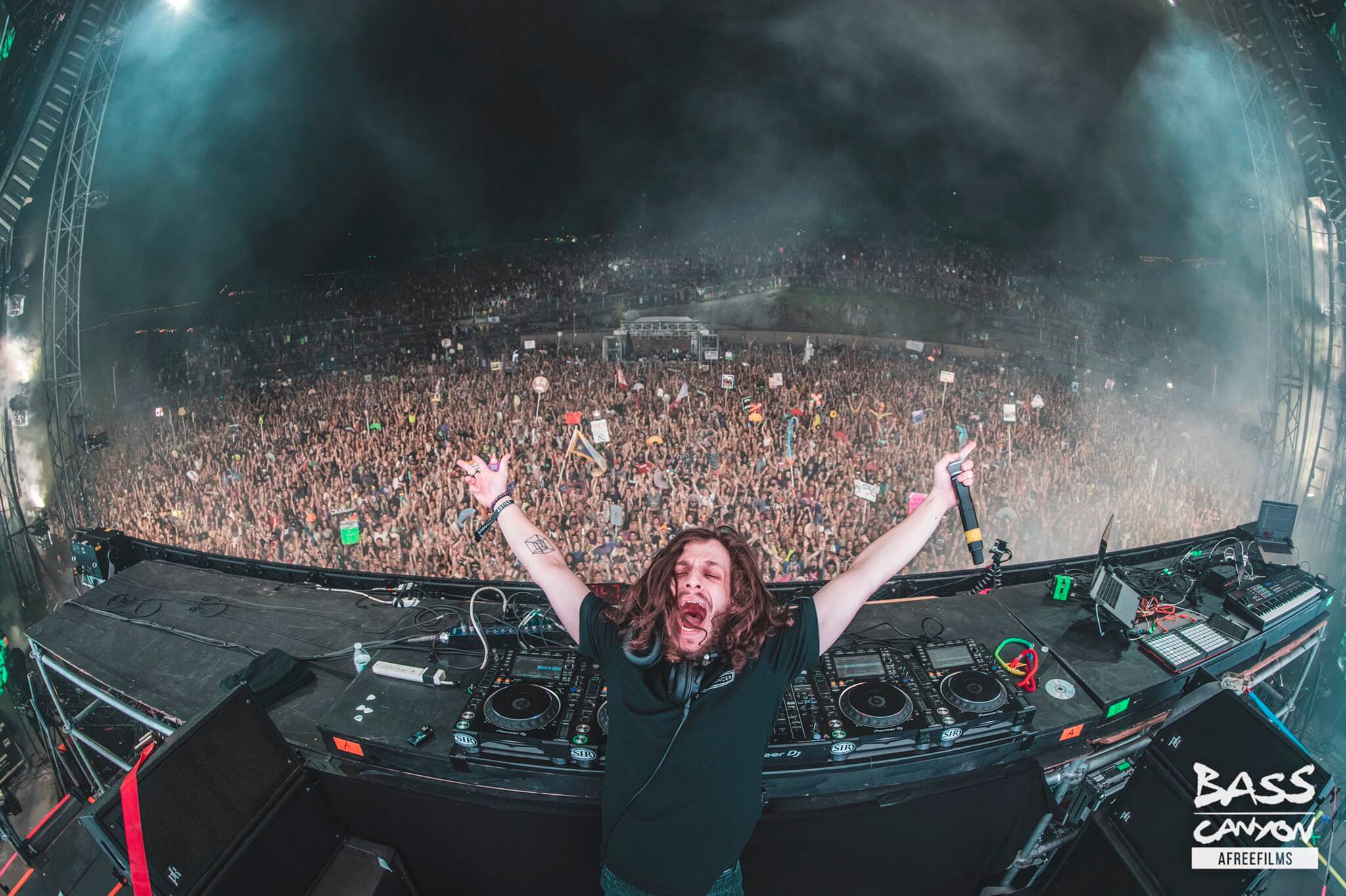 Subtronics Shatters Our Reality with His Debut Album ‘Fractals’

After years of tearing up the bass music scene all around the globe, Subtronics has unleashed his most diverse work yet with his new album Fractals. While continuously impressing listeners at shows like Cyclops Rocks, and Lost Lands, to even launching a music label Cyclops Recordings, Subtronics still found time to put in the studio hours on this project.  Cyclops Army was, and still is, super excited about this one too! Once it dropped, Twitter went into a frenzy and pushed Subtronics and Fractals to trend number one!

16 Tracks fit into this bad boy, chock full with major collabs, incredible singles, and a shit load of string instruments.

We’ve had a few days to listen and process Fractals. Now it’s time to put on my Anthony Fantano mask and review this album!

So I was wondering why Subtronics put ‘O.P.U.S.’ first in Fractals with what this means to him, but after a couple of listens, I understand. In a few sets I have listened to, Subtronics said that he wrote this song in quarantine, saying that this is his big F you to anxiety. So I would imagine this song would be towards the end of the album with its emotional power, But after listening to the album as a whole, it belongs as the opening song. This song is Subtronics opening up to us and taking us on a journey into his world with his Omni-Potent Universal Schism.

One of the first feature tunes before the album was released, ‘Spacetime,’ is the perfect song to jump in a wormhole and travel to another dimension. Nevve’s touching lyrical work brings you in before Subtronics takes you out with a 1-2 punch of heavy bass. I could Imagine Jesse playing Spacetime and a bunch of the homies crying before we roundhouse kick each other in the pit during the drop.

Alright, my body was not ready for this one. ‘Cabin Fever’ is the aggressive dubstep demon we’ve been cooping up in ourselves, waiting for the next music festival to let it out. The intensity from start to finish keeps you on your feet with excitement as the riddim flows just right like a PBR on a warm summer day.

Time to expand that big smooth dubstep brain with ‘Open Your Mind.’ We’re taken on a journey through time as Cristina Soto serenades us on our trip. The first drop lays down a nice thick layer of futuristic bass. Meanwhile, The second drop breaks our necks like we just broke the space-time continuum.

I don’t know how Subtronics and Zeds Dead topped Bumpy Teeth, but they did it, and it’s fucking brilliant. Flowdan lends his vocal talent to the trio for ‘Gassed Up’ in which he delivers the goods on each verse, as he should. All the artists kept the same high energy throughout the tune, even in parts where it just gets absolutely filthy; you’re still dropping low with your Deadbeatussy.

This is what happens if a flute has its way with a PK speaker system. ‘Flute Dub’ gives you a Lil break from the neck-breaking and turns to deep sub-bass frequencies that will have Liquid Stranger very excited for spaghetti time.

Do you want a lil preview of Gummy Worm? Well we’re about to throw it back to Electric Zoo. Subtronics, take it away:

A lil tribute from Red Rocks, ‘Cyclops Rocks’ is a fresh medley of igneous, sedimentary, and metamorphic beats formed into one beautiful thing…  a really good heavy dubstep song.

If you know Subtronics, He absolutely loves VIPs. And if you thought the original was excellent, The ‘Take Flight VIP’ absolutely rules! Sullivan King and Subtronics twist “Take Flight” arm and make it with some innovative leads and… oh my… Mom, come get me; they’re pushing the boundaries with a groovy house drop.

Here ya go, another live preview:

‘Morning Coffee’ is literally the perfect name and song for a little intermission between all the chaos. So sit back, relax, and pour yourself a cup of joe to a lil (break)beat by Subtronics and Sony.

Subtronics is just showing off now. With a diverse lineup of tunes in this album, this is probably the tear-jerker for many listeners. ‘Into Pieces’ changes up the tempo of Fractals while keeping the production of the tune gritty yet delightful. The star of the song, Grabbitz grabs your attention with his charming vocals over a peaceful melody.

And speaking of changing up the tempo, What the ‘FUNcKED’ is this song? We jump right back into the madness with a genre-bending masterpiece. This funky boy hops from house to dubstep seamlessly, pumping you up for the final stretch of songs in the album.

Two young fellows that just like to smoke a lot of weed and make good music, GRiZ and Subtronics, made another version of their original that popped off in 2019, ‘Griztronics II.’ The sequel pops out at you from the start. Leading off with that pure GRiZ sound combined with Subtronics’ thick bass makes me wanna commit reasonable crimes.

Subtronics put fucking BING BONG in a song. Also, tuba horns and bass mix very well in ‘Tuba Demon.’ Also, I’m inviting Jesse over for Thanksgiving this year, and he’s getting some chopped cheese and an Arizona tea.

The penultimate tune in Fractals, ‘Hieroglyph’, is another tune you can sit back and bob your head to. The sub-bass frequencies in this song melt the mind as you listen on heading into the album’s last track.

Subtronics ends Fractals with ‘MetaFractal’ and shiver me timbers because what a way to close out the album! This behemoth of a weird-bass song hits you with even more bass-house out of left field. The range this Philly man has is ridiculous!

And while 2022 has just barely started, Subtronics has already set the bar for Fractals to be one of the top albums of the year.

Subtronics expanded his huge smooth sexy brain with Fractals and showcased some of his greatest work. And knowing Jesse, he will certainly continue to put out more music in the months to come. If you want to see this work live, though, Subtronics is running his Fractals tour nationwide for the next couple of months. So see you on the road Cyclops Army.

And if you’re looking for new music, keep up with our weekly Spotify Playlist, Fresh Hunts, or follow us on Twitch. Whether it’s the newest drops from Subtronics, all your favorite artists, some old school, or underground—we just want you to hear it.