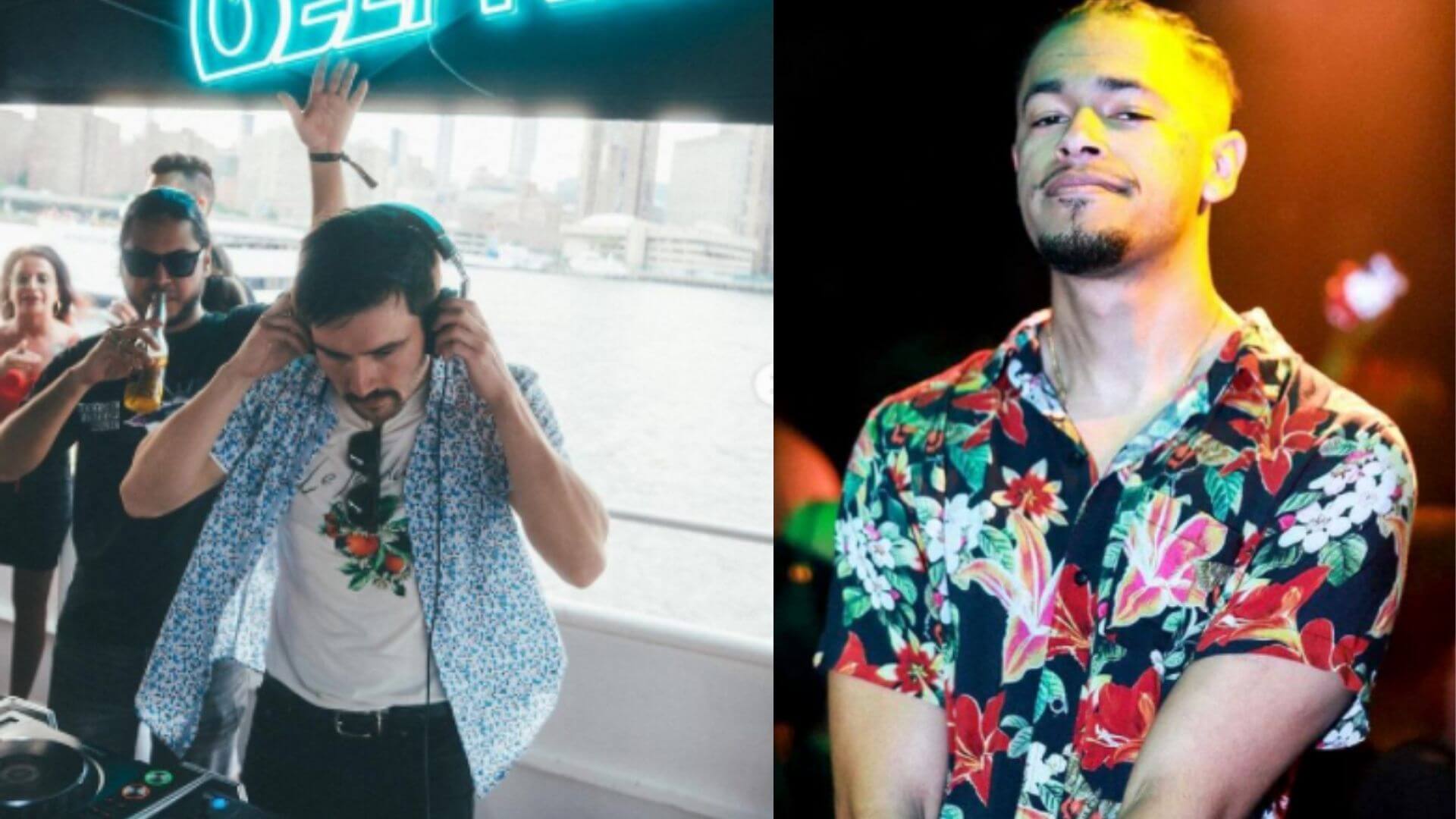 On July 16th, Bonsai Collective brought a few special guests with them to Dallas to throw down some of their first sets of 2021. ESCAPISM Fest, at the dive bar heaven of The Green Elephant, showcased a wide variety of sounds from Bonsai and Illuzyn fam: ero.808, Avae, Colson XL, Sasha Rome, capshun, spüke, Alliesun, Ashtag, DRNRDX, and Neon Swami.

We had the chance to sit down with Sasha Rome and capshun!

If you haven’t heard of either of these artists, you are in for a treat. We got to talk next steps, inspiration, their favorite sounds to make, the best video game consoles, and more with them.

The NYC-based Sasha Rome started initially as Mir and created a host of melodic trap and genre-bending tracks. In 2020, he rebranded to become what is now an indie-house focused project named Sasha Rome. We discussed his return to live music, dove deeper into the sound, his musical background, and more.

Tate Johnson, Electric Hawk: How has the past year prepared you for performing or set you back?

Sasha Rome: So, my first performance ever was at the end of 2018. In 2019, I feel like I was still kind of nervous about live performances. And then this year came in and I didn’t know how I would feel about it. Honestly, it has felt really good so far. It’s like riding a bike, I feel all my old skills coming back once I warmed up so that’s been good. I’m also playing guitar here for the first time live, so that’s the only part that I’m nervous about, but it’ll be fine!

Tate: Funny enough, I was going to ask about the evolution of your sound and what we can expect looking into the future.

Tate: That is definitely going to keep your sound unique. What are your major influences? Have you found that they’ve changed over time?

SR: I’d say when I first started producing some years ago it was artists like Flume and Odesza. But now it’s more artists like SG Lewis, Disclosure, Kaytranada, …artists like them. Or a lot of bands like Ratatat, kind of a mix of indie and house, and Tame Impala. Tame Impala is my number one.

Tate: All amazing. I think you can definitely hear that in your sound, which is awesome. If you could look back at yourself starting, what is one piece of advice you would give yourself? And what is one thing you would be most proud of?

SR: One piece of advice would be to take it a day at a time, and keep going. That’s the biggest thing. I’ve seen a lot of people in the scene get discouraged after like a year or two of producing and not getting where they want to be. But it all builds exponentially, as you get better and as you grow. The toughest is that middle part where you’re still unknown and your skills aren’t quite there yet. So as long as you can push through that, I think that’s the best thing.

I think the rebrand and rebuilding my sound, going from trap to more of the house-indie sound, was the most challenging. But I’m really happy with where my sound is now and where it will evolve.

Tate: Rebranding is always tough, but it seems to have gone relatively seamless for you which is good! Looking forward to all of the upcoming releases under this new sound!

We also had the chance to sit down with capshun, the emerging trap king from Dallas who has made so many waves in the scene this last year.

From releasing on top labels like Sable Valley and Quality Goods Records, capshun is not slowing down anytime soon. He has recently shown his chops in production through stepping outside of the “trap” box and delving into other subgenres like DnB, which we probed his brain about a bit in the interview.

Tate: First off, thank you for joining me I cannot believe I am going to witness my first capshun set tonight, I’m going to lose it. How have you been?

Tate: So, are you excited to be back throwing down sets? This is your first set back since pre-pandemic, right?

C: You know, waves of nervousness, waves of hype. I’m honestly very comfortable with the people that are here, so I’m really mostly happy. It’s amazing that I get to play music with my friends.

Tate:  What can we look forward to in your live sets? Any surprises? I know you’re multi-genre and aren’t confined to just one subgenre of EDM, so should we expect a range of sounds? Some DnB perhaps?

C: Yup, DnB, a bunch of trap, of course, some house, a lil’ bit of bass in there you know! This set is going to be fun, it’s going to be probably one of the more “out there” sets.

Tate: How has transitioning back into “real life” been from lockdown? Has it been hard, or do you feel like you’ve been in a natural flow?

C: It’s been a conflicting feeling, to be honest. I feel great being out here with everybody, but a bit of anxiety for sure, being around so many people. And people I haven’t met before – still kinda just getting used to talking to people face-to-face again but overall I feel good about it. More confident than I was before, for sure. This past year has done a lot for me creatively, musically, career-wise, so feeling good.

We then pivoted to talking about his newest release, “Push Me Away,” a sonic masterpiece that pulls together his production expertise in the absolute best way – showcasing his chops through his first big DnB release.

Tate: Is DnB harder to produce/create for you? What was the process like?

C: Drum and bass for me right now feels the most expressive, if I’m being honest. It feels the most freeform, it gives me the chance to produce stuff I just wouldn’t do in making trap or other subgenres. I like Imanu, Kumarion, Halogenix – big inspirations for the stuff I’m making right now.

Tate: The last question is: if you could sum up the project, or describe it to your listeners in one sentence, what would it be?

C:  I just feel like I want everyone to know that just because the music I create sounds good, or it’s doing well, doesn’t mean that it’s not from the heart. Anybody that puts the time in to make and create something from the heart can do the same things I’ve done. It takes time, sometimes longer for certain people than others, but it will happen.

We closed out the interviews by doing some rapid-fire with both capshun and Sasha Rome.

From favorite anime to what they like on their pizzas, here’s some more insight into some fun facts about the two producers.

Best piece of advice you’ve ever gotten?
SR: Keeping in mind the highs of life whenever you’re in the lows. Also, only worrying about things that you can control. That’s something my dad told me, but I really try to live my life by. Cause you can really only worry about what you can control – there’s a lot that we can’t. So you gotta make the best out of what you can.

Favorite Video Game Console?
C: I’ve been on PC recently and I love it.
SR: PC

What do you get on your pizza?
C: I used to get two types, but my favorite is barbecue chicken. The secondary shot is pepperoni, spinach, and jalapenos.
SR: I’m basic, probably pepperoni or all meat!

We are so thankful we got to sit down with Sasha Rome and capshun, and it would be a mistake to sleep on them! Keep up with them and Bonsai Collective below!

And if you’re looking for new music, keep up with our weekly Spotify Playlist, Fresh Hunts or follow us on Twitch. Whether it’s the newest drops from capshun and Sasha Rome, all your favorite artists, some old school, or underground—we just want you to hear it.