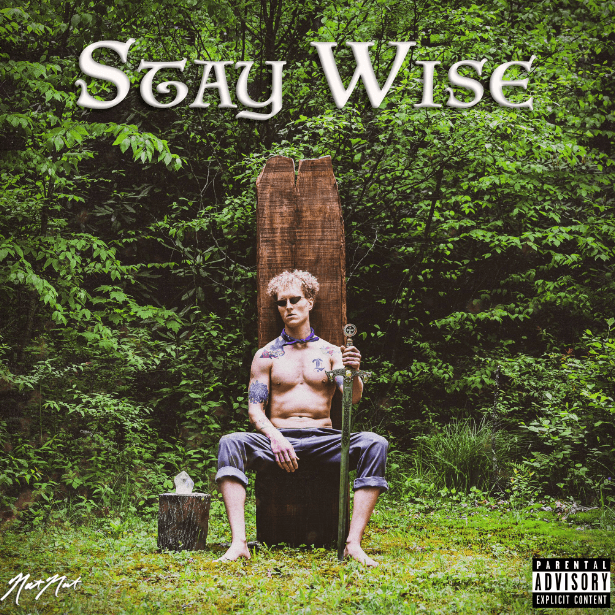 Nat Nat’s debut album Stay Wise gives listeners a thorough tour of his mind. Blending his eccentric flow with some influential up and coming electronic producers, Stay Wise has already found itself in a class of its own.

Just earlier this year, we were introduced to the sounds of Nat Nat for the first time. Since then, every release has been fuego. Stay Wise though, is much more than just a debut album. It’s inspired by the passing of his brother Pipus, who went by Pipus The Wise. This project is to honor a life gone too soon, one that inspired countless people.

I HAD HOPED THAT BY ME MAKING THIS PROJECT THAT I WOULD FEEL CLOSE TO HIS SPIRIT AND BE ABLE TO EVOKE SOME OF THE ENERGY THAT HIM AND I NATURALLY SHARED.

I COULDN’T THINK OF A BETTER TIME TO DROP THAN ON HIS BIRTHDAY TO FEEL EVEN MORE CONNECTED TO HIM, I JUST HOPE THAT HE WOULD BE PROUD EVEN JUST TO SEE ALL THE PEOPLE AND AMAZING TALENT COME TOGETHER TO ACTUALIZE THIS ALBUM BECAUSE HE WAS ALWAYS SO GOOD AT BRINGING PEOPLE TOGETHER CREATIVELY

Each of the seven tracks on this album fuse together effortlessly. With features from sāvyër, Kromuh, Pipus, Freddy Todd, SPADES, and Electric Hawk’s very own, Matheny this album was destined to bop. Nat Nat’s distinctive rhythms and rhymes resonate with listeners. While each producer brings a unique sound fit to compliment the overall vibe of this album.

Nat Nat’s energy naturally exudes from each track, making it evident that this album is something special.

Listen to all of Stay Wise below

If you’re looking for a solid playlist to follow, keep up with our weekly Spotify playlist, Fresh Hunts. Whether it’s new music, all your other favorite artists, some old-school, or underground…we just want you to hear it.