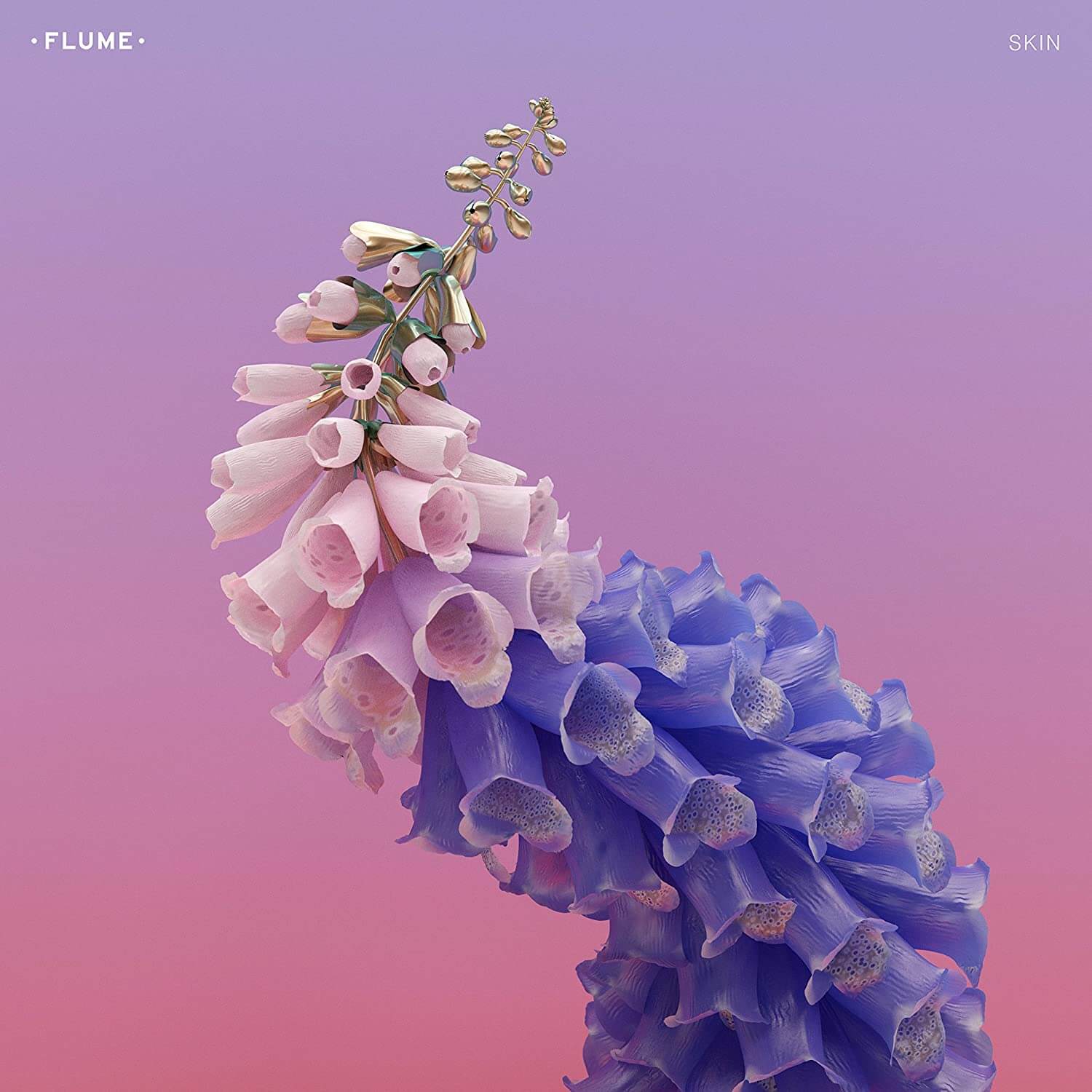 Please excuse our simping during these next 5-6 paragraphs. There can’t be a discussion about iconic electronic projects without bringing up Flume’s second full-length album, Skin. This Grammy-winning album pushed boundaries, warped sound, and safely secured Flume a spot with the best producers of our generation. So let’s take a trip down memory lane while we try to find the words to sum up, the sounds of Skin.

Flume has always been one to do his own thing and push every limit possible. His self-titled debut album back in 2012 rang true to that. With iconic tracks like “Sleepless,” “Holdin On,” and “Insane” featuring Moon Holiday, it was obvious a new powerhouse was emerging. The anticipation for another Flume project was heavy; then, on January 16th, 2016, we heard “Never Be Like You” for the first time.

The first single off Skin, “Never Be Like You,” was the most excellent introduction for this upcoming album. I still remember exactly where I was the first time I heard this song. Typically it takes a few listens to warm up to a new song, but this one was different. Kai’s lush vocals compliment Flume’s dreamy and organic production unbelievably well. It only took one song for fans to realize Skin was about to be like nothing they’ve ever heard before.

The third and final single for Skin was “Say It,” featuring Tove Lo. I honestly don’t even know how to begin to explain this song. There’s not one element of this track that doesn’t hit perfectly. Tove Lo’s appealing and sexual vocals alone will have anyone hooked, but tying that into Flume going in on the drums and melodies… unreal. This was the duo the world didn’t know they needed.

A personal favorite from this album, “Take A Chance,” has a hopeful yet lustful sound that will have listeners attention peaked. On brand with the rest of the album, the sound design on this track is intricate and falls into a category all its own. It’s only right Flume looked to Little Dragon for the vocals on this track, considering they completely embody the words intricate and unique.

There’s no way we are discussing Skin without mentioning “Helix.” Not only is this what opens the album, but it was the Skin Tour opener as well. When I first heard this track, it was simply like nothing I had ever heard before. Taking more time to build anticipation than the actual drop itself, this track was made to be a show opener. It also is the perfect depiction of the “Flume sound” and the overall summary of this album. Seeing this track performed live is an unexplainable experience and plays a big part in why this is one of my favorites from the album.

“Skin” is timeless, four years later, you can play it front to back, and it still feels like the first listen all over again. Not only is the music next level, but the Skin album art from Jonathan Zawada can’t go unmentioned either. Forever changing the way we look at a Foxglove. We may never know what we did to deserve existing at the same time as Flume, but we sure got lucky.

Sexual harassment is an ugly, scary, but very real thing, and it’s happening all around us. Good Night Out is looking to create a community capacity that can prevent and respond to all gender-based harms. A safe environment for everyone needs to be the new norm. Read more about what you can do to help and become educated here.