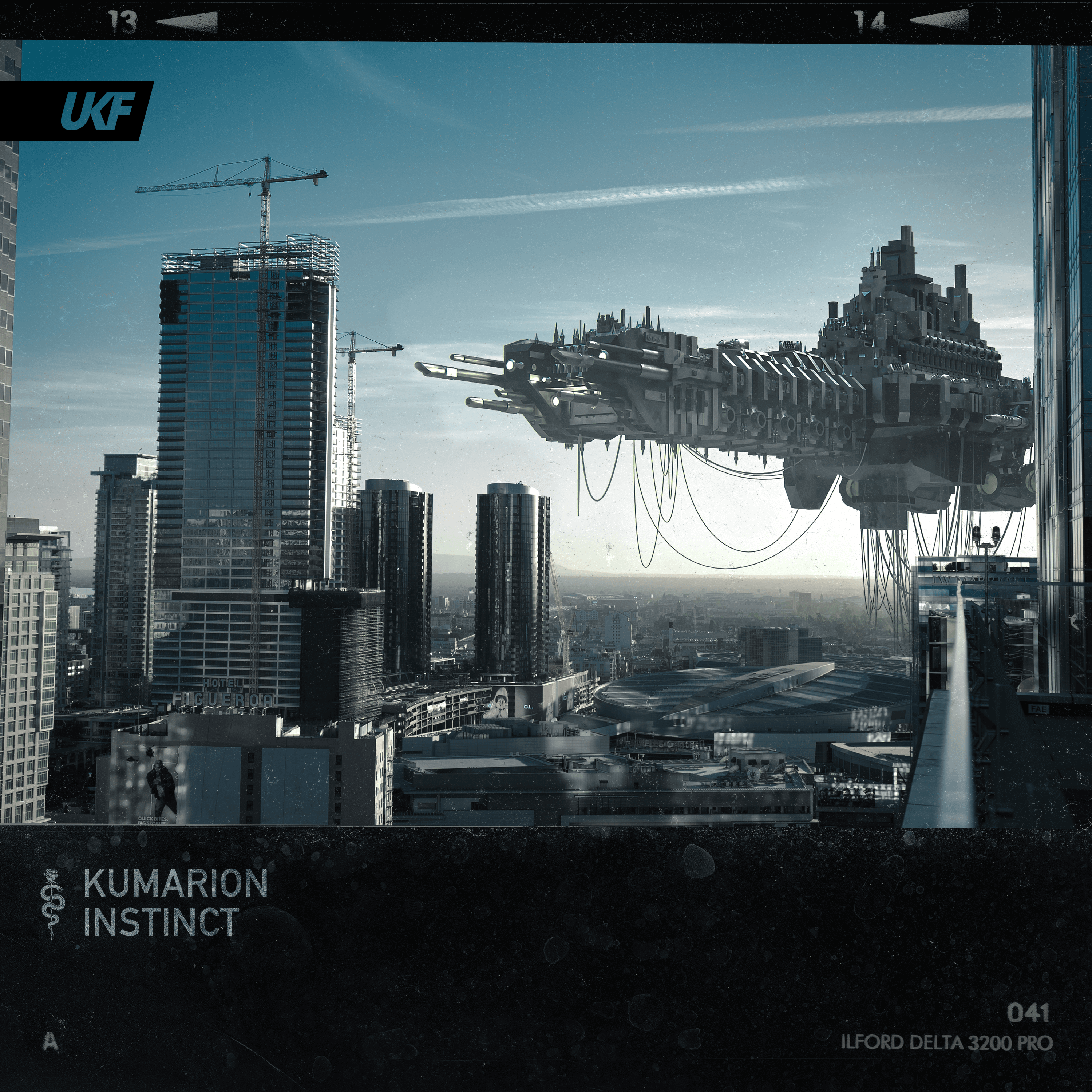 By Hayden McGuiganJanuary 26, 2021No Comments

Call it a gut feeling, but the latest DnB masterpiece from Kumarion, “Instinct,” feels like one of those tracks that’s about to explode. Making his debut on the earth-shattering label UKF, this is his first track of 2021, and just another piece of the puzzle that is Kumarion’s rise to greatness.

Budding beat-maker Kumarion is killing the game. Consistently reimagining our music space with new and fresh ideas is just another day in the office for Omar Kadmiri. And, to put it lightly, business is booming. Since the inception of the Kumarion project in 2015, Omar has been hard at work. With over a million plays on Spotify, his smash hit “Want It” has garnered support from industry greats like Clozee, Boombox Cartel, and Madeon. His most recent release, “Enemy,” found a home on RL Grime’s first-ever Sable Valley compilation album. And today, after dipping his toes in sub-label Pilot, Kumarion makes his UKF debut.

“Instinct” begins with a rush of DnB breakbeats that are used as a bit of foreshadowing. Percussion and synth risers cloud the airwaves, building anticipation, before a brief and haunting intermission. At the end of this transition, distorted vocals speaking of a gut-feeling call forth a bass-heavy rhythm that will set your speakers ablaze. “Instinct” has that x-steppin’, high energy tempo that we crave in a drum and bass arrangement. And it’s release is the perfect precursor to what’s shaping up to be an awesome weekend.

You can catch Kumarion and see the hype for yourselves this Saturday on Brownies and Lemonade’s upcoming event, OPEN AUX. It’s a worldwide online showcase featuring some prime examples of the underground electronic ecosystem. Yeah, go ahead and cancel any plans you had now. This will be way more fun anyway.

Listen to “Instinct” by Kumarion below. OUT NOW on UKF.

And if you’re looking for new music, keep up with our weekly Spotify Playlist, Fresh Hunts, or follow us on Twitch. Whether it’s the newest drops from Kumarion, all your other favorite artists, some old school, or underground—we just want you to hear it.