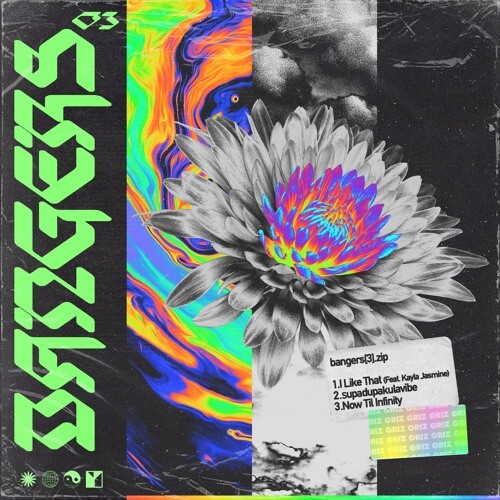 Griz Brings Back the Funk with ‘Bangers[3].Zip’

If you ask us, every Griz song is a banger, but he’s really been killing the game lately with his latest EP, Bangers[3].Zip. If you’ve been to a festival recently, you’ve probably heard the Griztronics track (that ended up being released on ‘Bangers[2].zip‘ via DeadBeats) a minimum of 8 times. And we can’t really blame every artist for using it in their set, because that shit really do be hitting different.

After Griz announced that his August Red Rocks show would be his last there, everyone was sad. Especially people like me who’ve never had the chance to experience it. But that doesn’t mean he’s slowing down, and he certainly hasn’t been disappointing us. He even said he still has something planned for 2020 in Denver. So I guess that means it’s time for us to save up for a field trip.

Since then, he’s done a Ride Waves Season 1 tour, a bunch of #FreeShowsForThePeople around the U.S., and has come out with music. His latest release, Bangers[3].Zip, came out just after he announced his Ride Waves Season 2 tour would be “The Imaginarium,” which he introduced on night 2 of Red Rocks. Everyone’s freaking out in the comments about how amazing the production was that night, so if you have tickets to his upcoming tour—GET HYPE.

The aptly named Bangers[3].Zip adds three more feel-good funk tracks to his discography, starting off with “I Like That,” a song Griz has been teasing since March of this year, then also using it on his Imaginarium announcement above. He goes into “supadupakulavibe”—a track that makes you feel like you’re right at the beach, even though global warming has definitely made it too cold too quickly, already. And ending the tape with the “Now Til Infinity,” giving us old school swing vibes.

As the tempo picks up and the singer belts the chorus out in each song, you really have no choice but to get up and jam out. If you’re ever feeling down, putting this on will instantly pick your mood back up.