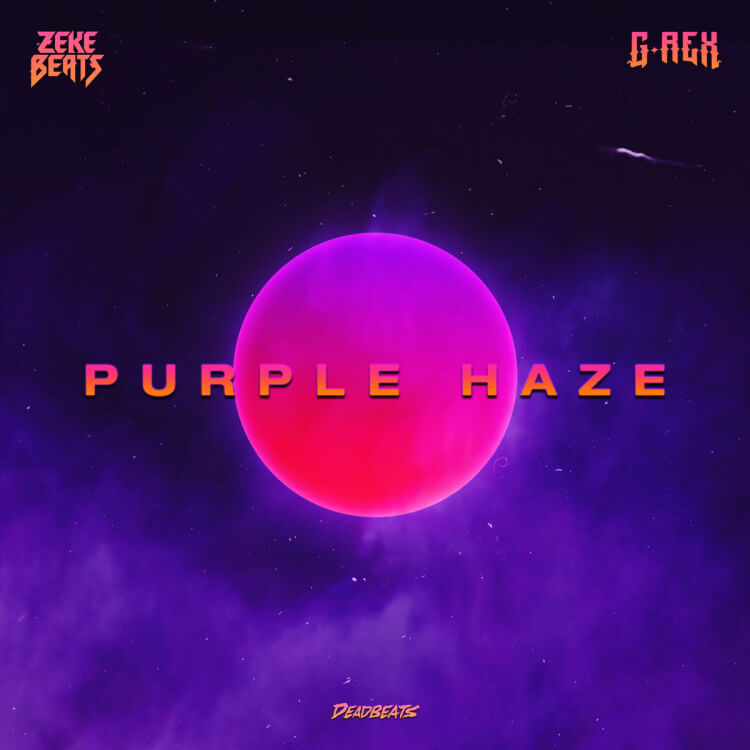 ZEKE Beats and G-Rex Bring the Smoke with “Purple Haze”

Break it, roll it, light it up, pass it around, and turn up the volume on the massive single, “Purple Haze,” from ZEKE BEATS and G-Rex out now via Deadbeats. You know it’s going to be good when you hear that classic G-Rex horse neigh in a song, but add ZEKE BEATS to the pot and you’ve got the recipe for an absolute heater coming your way. It’s the first collaboration we’ve seen from these two artists together so far, but it’s safe to say that we can’t get enough of it.

This song has been a circulating ID we’ve been hunting for and the perfect example of why these producers are gaining more and more traction in the bass scene. It’s deep, it’s sinister, and it demands your attention by completely submerging you into the madness.

They leave no time to spare with thumping drums and a spine-chilling, anticipation packed introduction. With sirens echoing in the background as the beat builds up, they take the tempo up a notch and show zero restraint as they plummet you into a heavy-hitting drop that showcases both of their individual styles. Giving you only seconds to catch your breath, they don’t hold anything back with a texture filled second drop that shakes you to your core and leaves you with a permanent bass face. This tune is definitely something you’ll be hearing played out often.

Catch G-Rex and ZEKE BEATS on tour this upcoming fall.