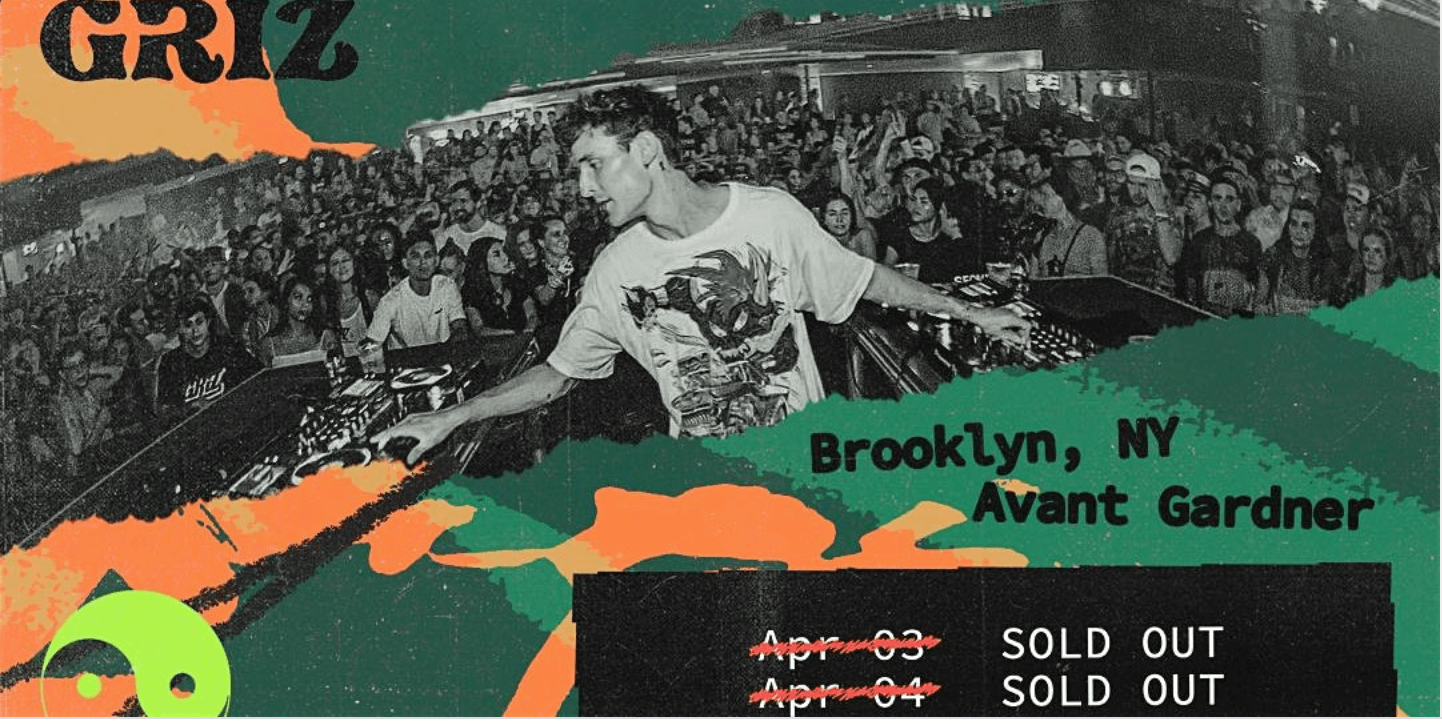 GRiZ Avant Gardner Show Sells Out in Under One Hour

By the looks of it, New Yorkers go hard for GRiZ because he announced his April 3rd Brooklyn Avant Gardner show just THREE days ago and today it sold out in just under an hour! But deadass don’t worry—he added a second date on April 4th!

I wanna do this again…
A show that’s on them house party vibes
stage goes in the crowd
Up close and personal
people dancing wherever
DJ set but also saxophone
all freestyle, redux no fucks….

Let’s do it in Brooklyn Avant Gardner on April 3,
& put the phones away
Take a break from reality a bit
to just enjoy the moment and each other.

The New York group chats were going off when the pre-sale dropped, and it’s come as to no surprise to us. The saxy DJ has always been an Electric Hawk fave so dancing with GRiZ and escaping reality at this Avant Gardner show sounds like a dream come true.

Griz just doesn’t stop! From producing one of the biggest bangers of 2019, releasing back to back to back EPs, throwing free shows, and headlining huge festivals… We’re devoted fans and will follow him wherever he goes.

Unfortunately, both dates are now sold out, but we hope to see you there!

Is ‘Escape Room’ Even a Genre?