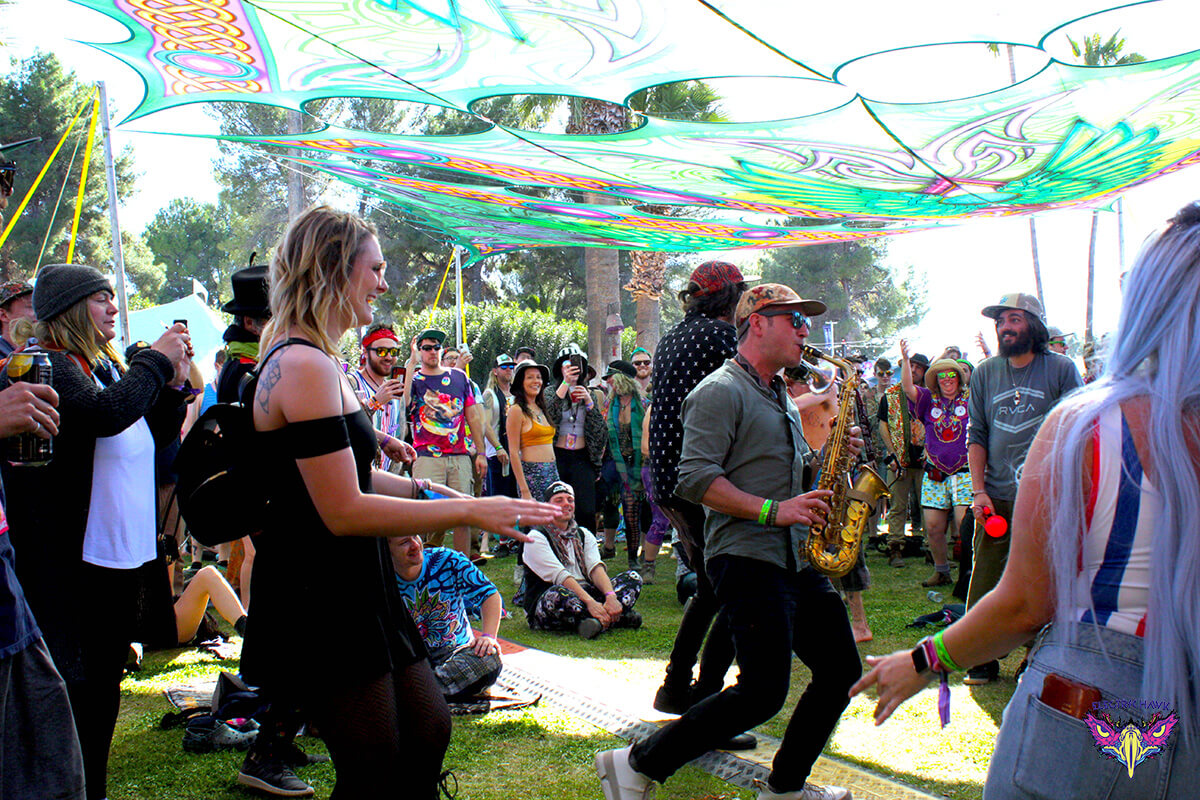 Here’s What to Expect at Gem & Jam

This year was my first Gem & Jam, and when I got home to Brooklyn all the way from beautiful Arizona, I already knew this festival was going to be something I’ll be attending every year. If you’re thinking of full sending, here’s what to expect at your first Gem & Jam:

#1: Everyone is mostly local

When I told people I was from Brooklyn, people were shocked at how far I had traveled to come here. You’re bound to run into folks a few times throughout the weekend, so it also means you don’t have to worry if you’ve met your rave bae on day 1—you’ll run into them again!

I love this about G&J because it gives the festival a really homey feel… and that’s not something I’m used to at other festivals! There was actually a time where I was talking to a really nice girl in line for the bathroom and I was sad I didn’t catch her name, but I ended up running into her in the bathroom the next day!

#2: Bring a change of clothing

I had so many cute outfits planned for Gem & Jam… and I got to wear them and then some. It gets pretty chilly at night, so once the sun started to set, I would go back to the campsite to put on some extra layers to stay comfy! If you love festival outfit shopping as much as I do, you’ll love being able to shop for G&J.

With headliners on the lineup like Tipper and Big Gigantic, you already know you’re going to have a good time. But what really blew me away was undercard. I wrote an article about the acts you can’t miss… and I wasn’t lying because I didn’t miss any of them! The best part was I literally didn’t have ONE time conflict, and the music was seriously incredible.

Special mentions to Daily Bread and Buku, who ended up being my top favorite sets of the whole festival!

#4: Expect the pricklies at your campsite

I don’t know what these are actually called, but you might want to consider bringing gloves and kneepads for setting up your camp! There are these sharp plants (cacti?) on the ground that REALLY hurt if you happen to touch them. With that being said—don’t forget to bring a tarp for under your tent because the pricklies WILL poke through!

Don’t let this keep you from camping though, you’ll have so much fun meeting your campsite neighbors that you’ll forget about the pricklies… until you find it in your socks after the festival.

I’d be lying if I say I didn’t wake up wanting to eat a chicken skewer every morning. Yes, they took about 10 minutes to make, but they were so worth it. I was actually heartbroken when it was sold out on the third day. Thankfully, there were so many good food options to choose from, which is a must for 3-days straight of dancing.

To say that Gem & Jam was life-changing would be putting it lightly. I spent the time with someone I really care about, met genuinely nice people, and heard some of the most talented producers in electronic music. This festival is one of a kind and everyone who takes part truly cares about each other, the earth, and the music.

Even the vendors are passionate about what they do! When you’re shopping around, they make sure to take their time explaining each of their crafts and what they symbolize. So have some extra cash handy to bring some gems and ~good vibes~ home.

All jokes aside, if there’s one thing I know: You won’t regret coming to Gem & Jam.