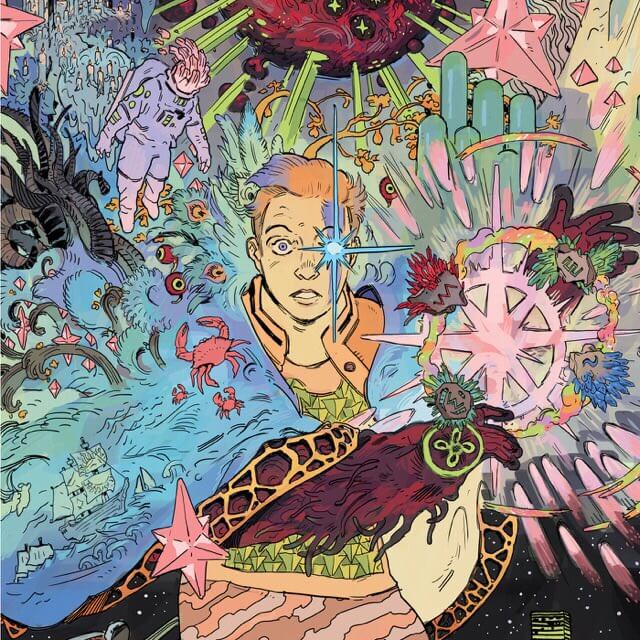 By Natalie CoreyJanuary 26, 2021No Comments

I could not help but be slightly bored with my friend’s choices when they said, “I think I’m most excited to see Flux Pavilion tonight.” as we walked in through the gates on Sunday of Bass Canyon 2019. I mean, the first-ever Voyd set was happening that night, and Excision had his Detox set as well. Was Flux Pavilion really the pick? But I am only human as we all are, for I had also fallen into that bad habit of allowing your expectations of an artist get in the way of the art they are making. Flux Pavilion’s set was my favorite from that night, if not the whole weekend.

When Art Surpasses The Artist.

It must be difficult as an artist to be so heavily associated with certain sects of music. It is understandable how coming out with a heavy hitter like “I Can’t Stop” followed by the release of “Bass Cannon” in the same year could overshadow a lot of work Flux had done past that point.

To have such a shadowing looming over you, as you attempt to evolve as a music artist after being in the scene for so long, must feel like a collar that is bound to chafe. Maybe this even plays into why we haven’t seen a full-length album from him since 2015. Flux even mentioned that he was stepping away from dubstep as a genre on his Twitter. Luckily it seems that some chains may have been broken in the creation of Flux Pavilion’s .wav.

Released on Circus Records on Jan 21st, The shift from dubstep into the light dance music we find on this full-length album is very telling of the personal evolution of the man behind Flux Pavilion himself. Flux Pavilion’s .wav is an entirely new beast on its own while still holding on to Flux Pavilion’s signature sound. Despite his evolution away from heavier music, there’s no doubt this is the same artist we have loved over time. Let’s take a tour through some of our new favorites off the album.

Opening the album with masterful synths. It sets a theme that persists throughout the rest of the album. The echoed notes reverberated over this track and through the whole album before blasting off in the later half of the song. The beginning of an expedition…

In this journey, we find ourselves wandering into the “20:25” feat. What So Not, and The Chain Gang Of 1974. The interesting thing about albums with singles released over a long time is the capability for an album to hold memories before being available to the public. Flux Pavilion’s .wav has done just that. When Flux Pavilion came out for their set at Bass Canyon 2019, they opened with the usual dubstep favorites as expected, but the set changed. I found myself on the hill of the Gorge Amphitheater, overwhelmed with emotion. Sitting right in the center of my favorite people, he played “20:25” for the world for the first time. Hearing “You don’t have to fear no more, you don’t have to fear at all” is a cherished memory.

Walking Down A Path Laid Before You By Someone Else

Whether or not they meant to do so, releasing five or so singles from .wav in the years prior not only facilitates a journey for Flux Pavilion but inspires you to step off on one of your own as well. One filled with your own memories and thoughts, yet guided by this music artist’s sense of self.

Throughout this album, we are guided on our own journey while watching Flux Pavilion’s progress. Starting with the classically inspired “Partial Fugue In B Minor,” just as Flux Pavilion started music classically inspired. From this diving off point, it seems you find yourself surrounded by starlight itself. Joy Incarnate manifested in the form of the song “Twitterbird,” only to hit the deep and dark world below as “Breathe” envelops you in silent waters.

Flux introduces us to old friends

Later down the road, we find ourselves with a familiar friend. “Symphony” is the oldest song on the album and an instant groove from the moment it dropped to this day. It is almost an omen of transformation in Flux Pavilion’s career and simply another stepping stone in this journey we’ve set out on. And as “I Will Stay” builds up for the first 2 minutes of the 6:30 song, it’s almost like the distances we were traversing, the stars we were traveling through, now glisten in the cavity of your chest. The discovery of the worlds inside yourself. Only for the song to drop and catch you in its arms at the same moment.

Then like the end, after a long trip around the stars, coming back home. All these songs from the past few years, all these ‘places’ that were explored together, come to a close here as we watch Flux get into his spaceship to fly back home, with the promise to visit again someday. “LOVE” is the perfect way to end this emotional album. Almost like a hug farewell, you watch the spaceship twinkle out of sight while still remembering what it felt like to have stars inside of your heart.

Flux has been and will be – timeless

Flux has this talent of having such a unique and flexible style that it meshes with the people they produce music with so seamlessly. Yet his music still holds on to his personal sound. Every song on Flux Pavilion’s .wav is Flux to its core, and yet there is not a single feature where styles are not accented and combined almost as if they belonged together. And we only talked about half of the album. Flux Pavilion is ushering in his own golden age. About damn time.

Listen to Flux Pavilion’s .wav in its entirety below!

And if you’re looking for a solid playlist to follow, keep up with our weekly Spotify playlist, Fresh Hunts. All the latest releases. Whether it’s new Flux Pavilion, all your other favorite artists, some old-school, or underground…we just want you to hear it.