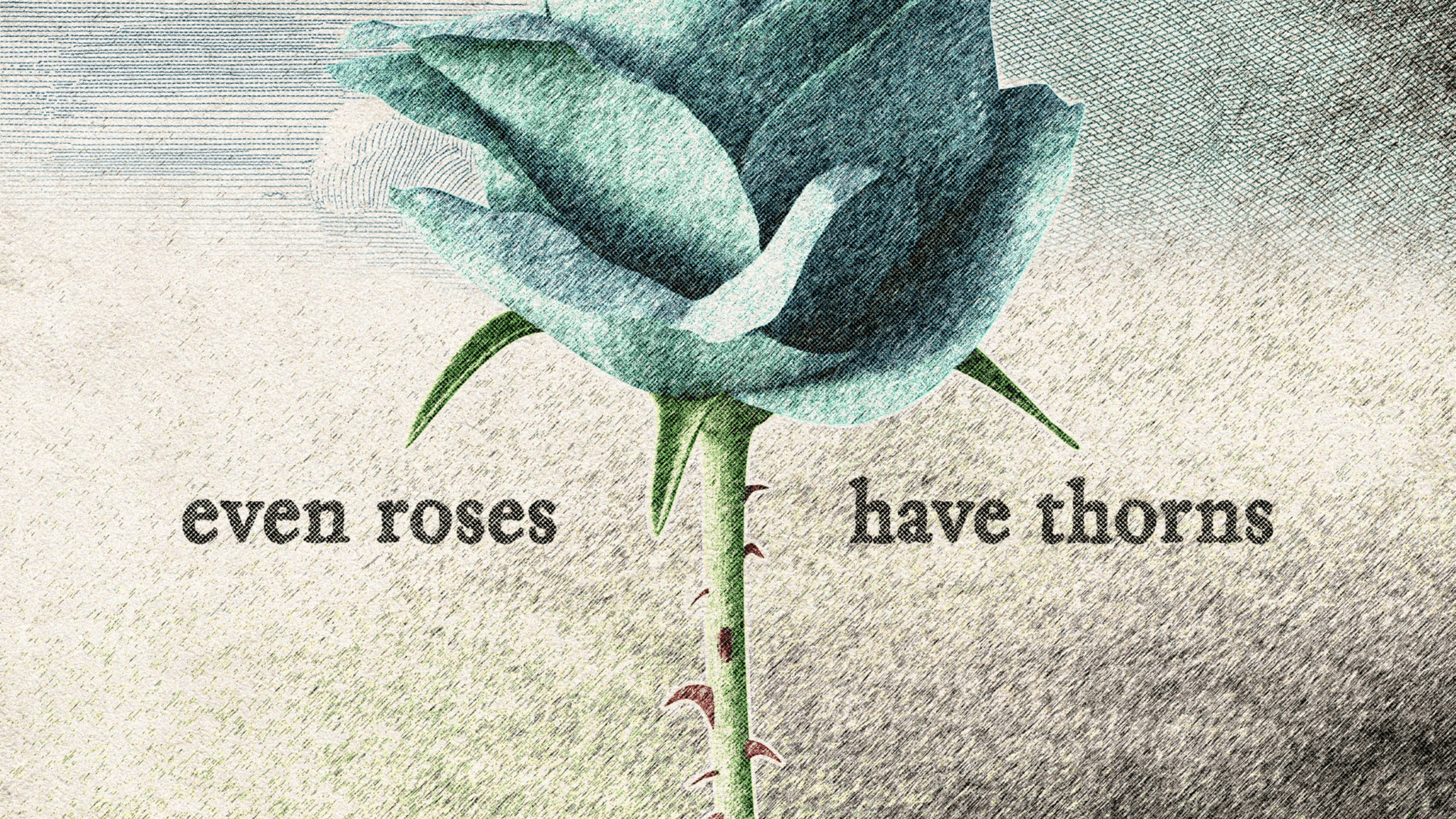 voljum (pronounced ‘volume’) expresses melancholy beauty in his newest single, “even roses have thorns,” dropped on April 2. This Austria-based musician has been making his genre-fluid production known globally. In this latest self-release, voljum shows off a lush style of his sound, laced with his familiar jazz notes.

VALE has had their eyes on pianist-turned-producer voljum for years; this label certainly has a taste for genre-defying music. Thus, it comes as no surprise that they released monotony by voljum in 2018. After that, their relationship continued when voljum dropped the funky, mind-bending cyberglobe EP with VALE. voljum was even featured for guest mix on the first ever episode of the ENTER:VALE program. However, VALE is not the only label with an affinity for voljum’s addictive sound. Inspected released “missile” by voljum on Powered By Inspected – Series 1 in 2020. The Untz also gave this captivating track a nod on their blog. Eyes have undoubedtly been on voljum for a while, and “even roses have thorns” is bound to bring this artist even more attention.

voljum weaves a wailing saxophone throughout a vivid soundscape.

“even roses have thorns” opens up like a morning landscape loading on a screen. Firstly, orchestral elements enter mimicking the rising sun, blooming flowers, and wildlife beginning their day. The song establishes itself with an experimental neuro composition. meanwhile, a singing saxophone adds optimism but a bit of pain. Following is a soft interlude, a gentle percussive breakdown underlines the quiet crooning of the saxophone. After that, the holographic landscape re-establishes itself. Strings join the ever-shifting electronic elements of this song. The track closes with the diminishing tones from the saxophone and the distant twinkling of a piano.

voljum uses his signature composition and creates a brighter mood in “even roses have thorns.” He uniquely combines aspects of jazz, neuro, drum and bass, and a plethora of other genres to perfect his sound. voljum continues to hook new listeners in with his jazzy touch, and they continually return to hear the musical complexity.

Support voljum and listen to “even roses have thorns” below!

And if you’re looking for new music, keep up with our weekly Spotify Playlist, Fresh Hunts, or follow us on Twitch. Whether it’s the newest drops from voljum, all your other favorite artists, some old school, or underground—we just want you to hear it.