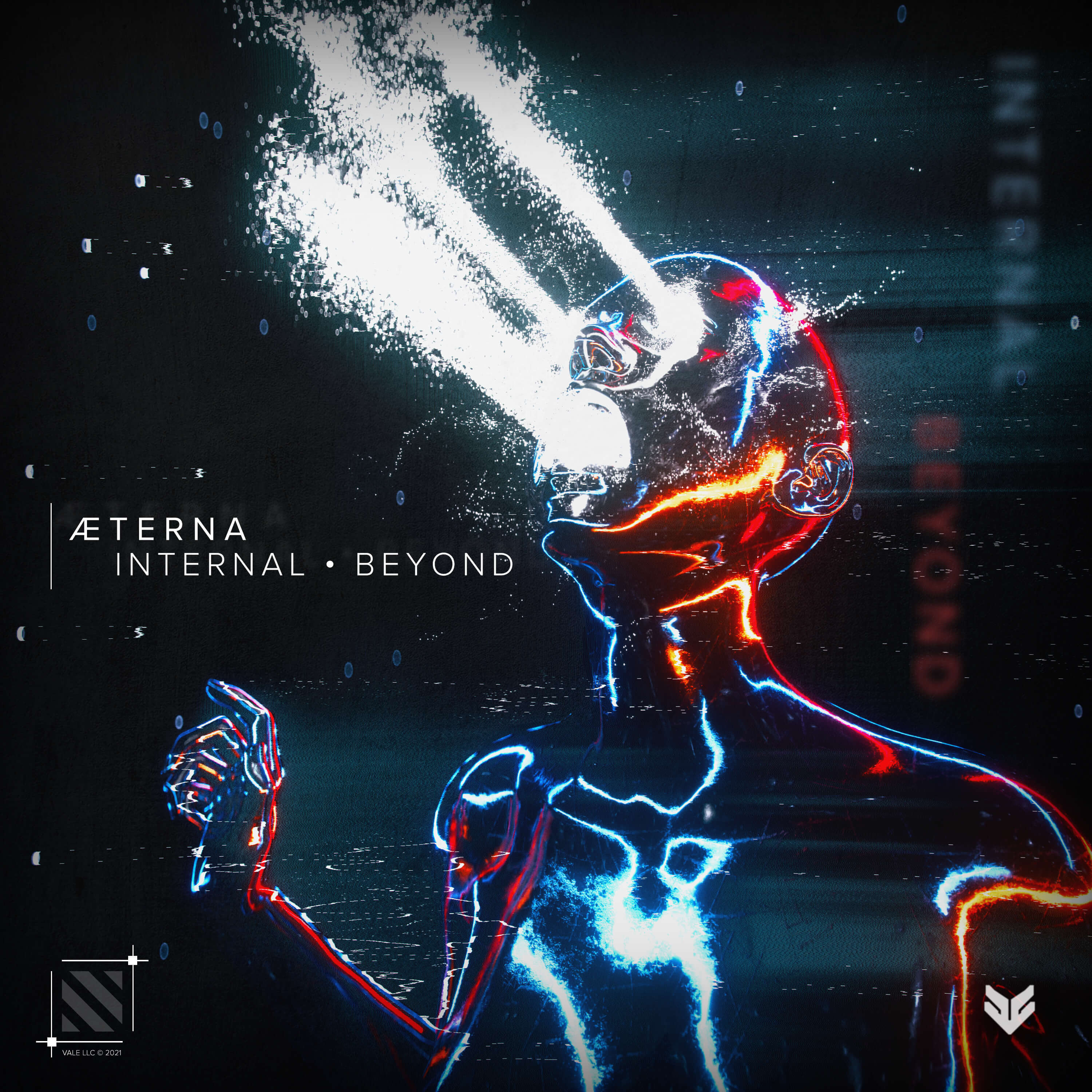 Vale Unveils ‘Internal • Beyond,’ the Latest EP From ÆTERNA

ÆTERNA returns to VALE with his latest EP, INTERNAL • BEYOND, released on March 22. VALE boasts ÆTERNA as a core roster member, having previously hosted his grimy Eidolon EP in 2018. Within the INTERNAL • BEYOND EP, ÆTERNA incorporates his classic halftime sound with gnarly psychedelia.

Based out of Australia, ÆTERNA has obtained recognition from all across the world with INTERNAL • BEYOND; the track “FUNGAL VOM” premiered by Manchester-based Rendah Mag. Meanwhile, The Untz showcased “DUN WUN PLUM;” this track was also played on episode 9 of Vision Radio. Furthermore, influences on his music reach just as far; ÆTERNA weaves characteristics from artists such as EPROM and Skope throughout INTERNAL • BEYOND, but makes them entirely his own.

ÆTERNA opens up INTERNAL • BEYOND with “IMPERIAL.” This first track oozes glitch and groove from the introduction. The melody is metallic and staccato, but the legato bass adds smoothness. ÆTERNA combines gritty sounds flavored with wobbling samples to create a surprisingly bouncy beat. Undeniably, there’s a certain funk laced throughout “IMPERIAL.” Indeed, ÆTERNA composes jaunty and ferocious energy and creates a Slug Wife adjacent track.

Following the funk of “IMPERIAL” comes the paranoid “MERCURIAL.” The word ‘mercurial’ means something subject to unpredictable mood changes; ÆTERNA perfectly captures that definition in this song. Driving drum patterns carry the introduction of the song. Then, a high-pitched synth enters like an otherworldly creature approaching the listener. It carries into the first stanza, combining halftime and dubstep elements, creating a grimy groove. This aggression slowly calms into a gentler section, composed of punching and scratching samples. ÆTERNA wisely utilizes stops here to illustrate gripping anxiety. The final stanza uses deep, droning samples over rattling hi-hats to create an unsettling atmosphere; bass frequencies enter and only enhance this feeling. Finally, the track begins its conclusion as if an android has been suddenly switched off. Lingering sounds quaver and stretch like different parts shutting down.

As previously mentioned, “FUNGAL VOM” premiered with Rendah Mag before the full INTERNAL • BEYOND release. ÆTERNA illustrates a cybernetic jungle soundscape. The combination of dark and intriguing sounds mimics the ambiance heard all around while trekking through a forest; however, there’s an overhanging uncertainty as if nighttime has fallen. Beautiful synth riffs are cleverly placed throughout the track, emphasizing curiosity within the mystery. Conversely, the counteracting growling implies the dangers of this curiosity; in some cases, it is safer not to satisfy that intrigue in an unfamiliar place.

Not only was “DUN WUN PLUM” premiered by The Untz, but it was also showcased on VISION Radio. Similar to “MERCURIAL,” this deep dubstep track feels seamlessly divided into sections. ÆTERNA definitely shows mastery over rhythm and tempo manipulation in “DUN WUN PLUM.” The first stanza is mechanical but bouncy, as the composition is intentionally offset from the downbeat. Following this is an interlude containing sounds like electricity passing through wires. It’s as if connections are being adjusted within a machine. Indeed, the stanza afterward parallels the first but with greater rhythmic alignment – order added to the menacing chaos. “DUN WUN PLUM” completes with a taste of drum and bass through the lens of ÆTERNA, a culmination of elements heard throughout INTERNAL • BEYOND. This ending definitely leaves the listener with a satisfying sense of completion.

VALE hosts INTERNAL • BEYOND, the fresh EP by ÆTERNA released on March 22. He utilizes unorthodox flow and menacing psychedelia and synthesizes unquestionably fascinating tracks. ÆTERNA builds new depths of sound and complex soundscapes INTERNAL • BEYOND that will have listeners playing repeatedly to fully explore his vision.

Listen to the entire INTERNAL • BEYOND EP by ÆTERNA, out now through VALE!

And if you’re looking for new music, keep up with our weekly Spotify Playlist, Fresh Hunts, or follow us on Twitch. Whether it’s the newest drops from ÆTERNA, VALE, all your other favorite artists, some old school, or underground—we just want you to hear it.

March is Women’s History Month, an opportunity to celebrate the successes and acknowledge the difficulties women face across the world. If you’re looking to support organizations that work to promote women’s health, gender equity, workplace equality, community development, and more, you can do that here.