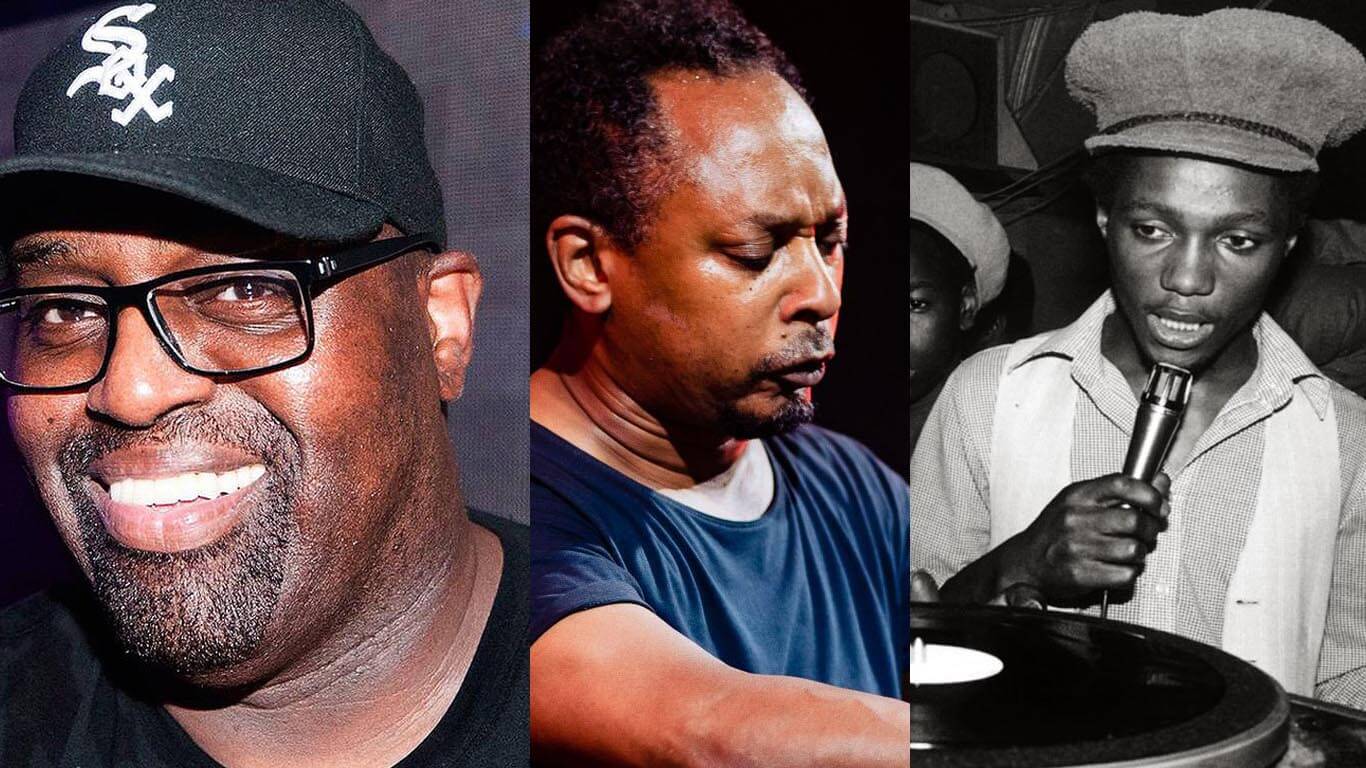 From the streets of South London to Chicago and Detroit, the genesis of EDM finds itself in the hands and minds of Black communities. The bopping, feel-good house and techno scene is rooted in Black Queer Chicago & Detroit communities. The headbanging beats of dubstep hail from the Jamaican communities in South London with “dub” in underground Sound System movements. This Black History Month, it would be a huge miss not to highlight the rich history of Black musicians and producers that have paved the way for the entire genre as a whole.

The story begins in the 80s, with the Godfather of House Music, Frankie Knuckles.

Born Francis Nicholls in the Bronx, NY, he was immersed in the music scene at a very young age. As a teenager, he frequented New York nightclub staples like the Loft, the Sanctuary, Better Days, and Tamburlaine; all clubs that birthed disco music as we know it today. Him and his friend, Larry Philpot, otherwise known as Larry Levan, found themselves as DJs by the mid-seventies.

Together they worked at iconic early disco spots like the Gallery and the Continental Baths, a multi-room gay bathhouse in Manhattan that other music greats like Barry Manilow and Bette Midler got their start. Disco & EDM grew and thrived in underground Queer Black communities in metropolitan cities, bringing new safe spaces for marginalized groups. This set the tone for Queer talented DJs like Honey Dijon to break barriers in the ’90s, reminding us that EDM is a space for the entire LGBTQIA+ community to thrive.

By the late seventies, Nicholls and Levan had split, becoming the Kings of house in their respective locations. Levan stayed in NYC and Nicholls moved to Chicago, where he was introduced to the Warehouse through Robert Williams.

THE WAREHOUSE – THE SETTING

The Warehouse was initially a members-only club for largely Black, gay men, and the music venue became the backdrop to Nicholls crafting his sound, evolving his style and introducing a number of genres into the picture effortlessly.

Knuckles, however, gained so much popularity that the club transformed, beginning to attract whiter, straighter crowds – leaving the club owner to breakdown the former membership structure, leaving it open to whoever wanted to hear the music.

This term, “house” music, was even drawn from the very place it came out of – The Warehouse, serving as a descriptor of the rhythmic lulls from the beat-heavy disco tracks mixed with hypnotic drums.

Knuckles left in November of 1982, moving onto the Power Plant.

Derrick May, a Detroit DJ, came on the scene in the 80s and sold Nicholls his first drum machine. He went on to trailblaze techno in the Detroit scene, spreading the sound globally in clubs close and far. May created techno anthems, kickstarting the sound with his record “Nude Photo.”

KNUCKLES GETS IN THE BOOTH

Knuckles released his first recordings with Jamie Principle shortly after his move to the Power Plant. Local label Trax Records picked up their tracks, releasing them under the label without Knuckles’ and Principle’s blessing.

In 1988, Knuckles returned to his native NYC and began a string of club residencies. He joined forces with his manager Judy Weinstein and David Morales, a fellow DJ, and created Def Mix Productions.

House got to a point, though, where it was no longer the “new thing.” Through it all, Frankie continued to produce through the 90s. Entering the ’00s however, Knuckles quieted his production.

In 2004, the block where Warehouse once stood was renamed Honorary Frankie Knuckles Way because of Knuckles’ immense impact. Larry Levan was also inducted into the Dance Music Hall of Fame that same year. Derrick May is now 63 years old and still performs, but unfortunately, Levan passed in 1993, and Knuckles in 2014. Levan, Knuckles and May’s legacies, however, will live on now and forever through the continual evolution of EDM.

Now that we’ve set the stage for House and Techno, let’s delve deep into the roots of dubstep.

Dubstep found its beginnings on the humblest of streets, the ones in Croydon, South London in the 1990s. The genre finds its roots in the Jamaican Sound System scene, which is apart of reggae history.

This scene emerged out of a need for a communal space for First & Second Gen Carribean immigrants, often excluded from other London clubs. So much so, that oftentimes police would raid events and completely shut down the “system.”

A young Caribbean artist “Duke” Vincent Forbes set up his system in 1954 London, blasting out calypso sounds with unique beat patterns, revving volume through the bodies of those that were there. It stemmed from the “dub” scene which is the predecessor of “dubstep,” and infuses electronically-charged music build-ups and metallic-sounding drops, with consistent basslines and drums.

In 2000, Black Apple emerged, a record shop and label that supported underground artists at its core.

The term “dubstep” was first seen on the pages of XLR8R in 2002, a San Francisco music magazine, when the sounds being made across the pond sailed their way to America.

The subgenre didn’t really blow up for another few years, despite having listeners around the globe. Finally, fast-forwarding to 2020, it has evolved even more, with a number of subgenres like riddim, hardcore dub, bass, & experimental bass.

Now what does all this leave us with? For one, it gives us context into a long & robust history of Black cultures forging the way for the EDM scene.

Secondly, it reminds us that this genre was a necessity; created to provide people a place to gather, dance, create a sound of their own. Not to mention, it allowed people of marginalized groups to build a sense of community that did not fit into society’s traditional straight, white, American standards.

AND THEN THERE WAS ME….

I won’t lie – at times, when I think about being a Black Woman in the scene, it makes me wonder whether I actually have a place here. Sure, the music makes me feel at home, but at times it can be discouraging to not see people that look like you in these spaces. My history is rooted in this scene, though, with my ancestors partying it up in underground discos. Knowing this with confidence allows me to plant my feet with pride. The EDM community was MADE as a space for me to be able to let go & dance in a safe space. So for this Black History Month, a big nod to those who have come before, and those who continue to break boundaries in the scene, for all the Black girls, boys and GNC people out there raging in the new decade.

HONORABLE MENTION:
These Djs and Producers were also some of the biggest names to rise and open doors for those after them in the scene.
– Carl Cox
– Honey Dijon
– Carl Craig
– Eddie Folkes
– Kenny Larkin
– Green Velvet
– BlucU (Derrick Carter)
– MK
– DJ Jazzy Jeff
– Mr G.

Beyond Lies The Wub: A History of Dubstep

This Is A Very (brief) History of House Music