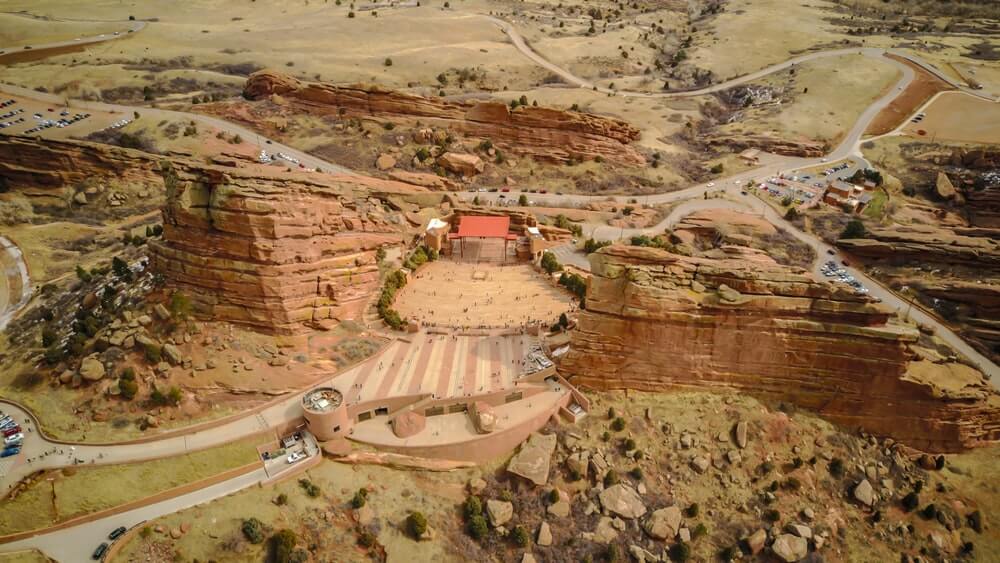 If you haven’t been to Red Rocks amphitheater yet, do it. Whether it’s just to check out the breathtaking scenery or for a show, it’s worth it to make the trip. It’s a favorite venue for fans and artists alike and has hosted every genre from Bassnectar to the Beatles.

We decided to highlight five Red Rocks shows of 2020 that peaked our interest this year.

Although the support for this one hasn’t been announced yet, you can basically count on Deadrocks having a solid lineup no matter what. Trust us, Deadbeats knows how to throw a show. Either way, you can’t go wrong with two nights of Zeds Dead at Red Rocks.

Plus, they announced a “Deadrocks Hangover 4th of July Party” at Mission Ballroom. What better way to celebrate Independence Day than a thicc Zeds Dead set?

SHEESH. What a lineup. 🔥

This co-headline show with Opiuo and CloZee was already enough to make us want to go, but then they threw LSDream, Of The Trees, and K+Lab into the picture too!? Red Rocks is about to be completely transformed into a jungle atmosphere. (And can you image LSDream playing at sunset? Okay, maybe we’re getting carried away now.)

Just announced this week, STS9 will be presenting Sky World over a two night run. Both nights of this show are unique in their own way that any music fan will appreciate them.

Night one will feature a Shpongle live set, while Chrome Sparks and Tycho will warm up the second night with individual DJ sets.

If you’ve ever seen Big Wild before, it should be no surprise that he’s up here. His live performances consist of him singing, playing the drums, whistling — this man does it all.

Plus, not to mention the rest of the night is S-T-A-C-K-E-D, stacked. With Mild Minds, Crooked Colours, and a Bob Moses club set, this is absolutely one that you should not miss.

Nothing wrong with getting a little rowdy every now and then, and that’s exactly what we’ll be doing during these two nights of Big Gigantic.

The first night will have a headline performance of Gigantic NGHTMRE (Big Gigantic b2b NGHTMRE), and the second night will be a 3D Big Gigantic experience. It’s too hard to pick one or the other, so…. why not both? They’ll also be joined by Goldfish, Covex, Peekaboo, Slenderbodies, and Dreamers Delight, bringing in the perfect mix of vibey music with a side of bass. We love to see it.

Keep in mind that this is only a fraction of the Red Rocks shows that have been announced so far this season, and there’s still plenty more on the way! Some honorable mention shows are: Ganja White Night‘s Wobble Rocks, Chromeo and Madeon, and Rufus du Sol. You can visit their website here for their 2020 calendar and to buy tickets. Which shows will we be seeing you at this year?