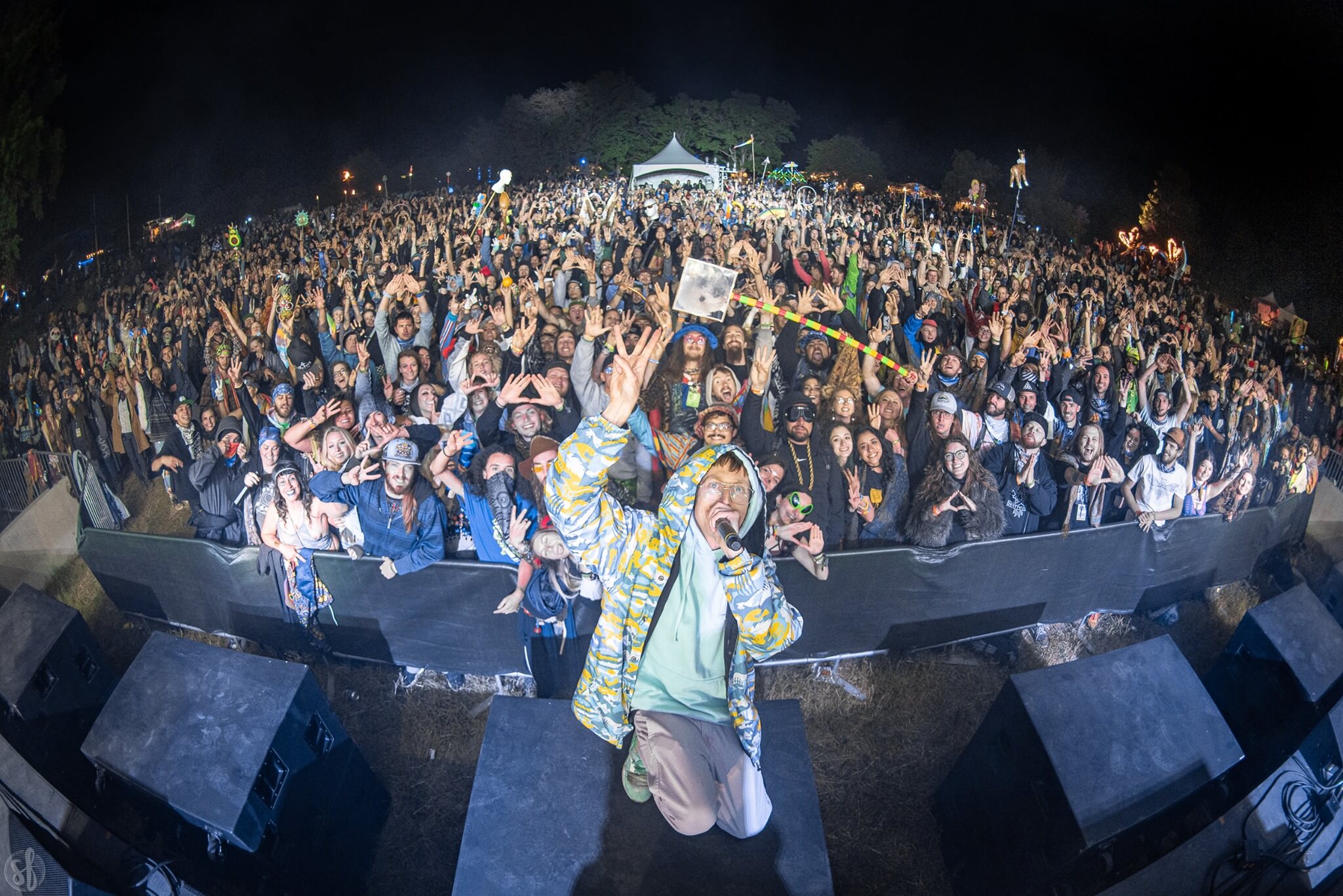 Yheti Is Still Undefeated with The Party Has Changed

Yheti is…undeniably a genius in sound production and a god of experimental bass. The Party has Changed is the newest crowning jewel of his years of intricate and incredibly dense discography. If you didn’t know his work before now we hope this is your first step into a better sounding world.

Follow along as we deep dive into this crazy album track by track:

‘3 Hits‘ teleported us straight back into a memory of being three and seeing the ocean for the first time.

Realizing that the world is too big and learning about existential dread. That we’re alive and on a rock hurling through space. It’s lush and beautiful. When the drums come in with that signature Yheti warping of the sonic reality, it’s a warning to buckle up for the rest of the album to come.

It’s the second track and we’re already neck deep in the sauce.

‘A Little Bit Goes A Long Way‘ sounds like an egg rolling downhill. Hear us out and picture a chicken made of undefined and shifting edges pooping out a fresh shiny egg. Uneven and wobbly but fully making it’s *Vanessa Carlton voice* way downtown. and boy does this song GO. We stan flutes in this bird household and this track does not disappoint.

‘Signals From Above‘ was the classic Yheti we were expecting but so much more.

Like a car slipping on ice but your point of view widens and realize that the ice is actually a record player being scratched by Yheti himself. Otherworldly and abrasive, this is what we like to call a knee-shaking chune.

We’ve never understood muddy spunions crawling into boutique speakers until ‘Weird Trumpet‘. This amount of steeze should be illegal. Music to throw out your back to. Funk that move ya rump. Dubplates that’ll get your credit straight. Whew shit.

And then Yheti flips the world around.

How many years of PTO do we need to take to recreate something at this level of production? How much do we have to fundraise to get a Missy verse on the VIP? R&B from the upside down. Man, this track is a flex. Like who dosed our Yerba? Not cool guys.

Falling into poison ivy is a kind of all over body hug if you think about it.

Uncomfortable and crawling and slowly at first but then all at once encompassing. ‘All Over Body Hug‘ doesn’t sound like that. It sounds like this one hawk dream we had where we ended on Ms. Frizzle’s bus. She was like driving through a body. But because we were also cartoon it was way too graphic and real. Like CSI level gross. all red and wet and bubbling. Man… that was f*cked up. Good song tho.

More synth. Idk why the synth transports our collective singular brain cell to a planetarium showing off a laser lights show.

‘Text From a Star‘ sounds like Star Wars. We’ve never seen Star Wars, but there’s like starship fights and operatic space sword duels and other shit like that, right? Like if you popped baby Yoda’s cute little head off there’d be a USB that would play this track on repeat. But once again, only at a laser light show and obviously as a treat. Lasers are tite.

‘I Lost You‘ is a heartbreaking lament for the world before this album came through and changed music.

The movie Cat’s is still topical, right? This sounds like if ‘Memories‘ was written by actual trained cats. Mourning cybernetic microtonal cats playing the shamisen but cats none the less. Yheti’s mind.

Next time your parents ask you what kind of music you listen to these days, stance up, look em dead in the eyes, and put on ‘Life‘

This one has the ~vision~. We’ve never heard a song that’s made us feel underdressed. Need a monocle and a ballgown to understand the level of CLASS packed into these 2 minutes and 45 seconds. The similarities end with the chromatic xylophone section but the Rugrat’s theme song could NEVER.

We could use another 4-5… days of music from the world that this album came from. If you’re not writing a thank you letter to the king of weird, you’ve formally revoked your right to listen to music. There will be a team dispatched to your home of record to collect your ears shortly.

The Party has Changed was a journey from the jump. The most approachable Yheti album yet and still so far ahead of its time. We’d pay good money for Yheti to walk on stage and just press play on an iPod Shuffle and let this whole jawn play out. Listen to the album mix below and stream everywhere music is steamable:

And if you’re looking for a solid playlist to follow? Keep up with our weekly Spotify Playlist, Fresh Hunts. Whether it’s the newest drops from Yheti and all your other favorite artists, some old school, or underground. We just want you to hear it.