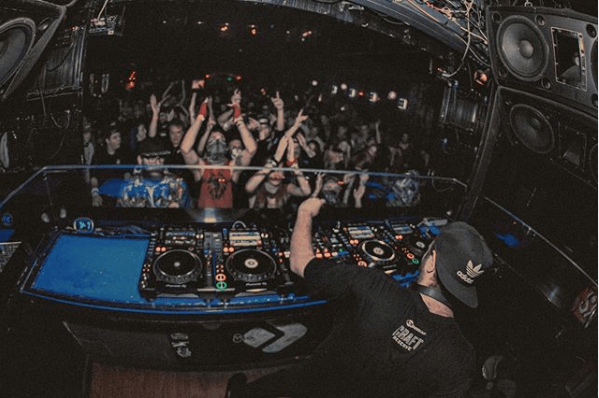 Tyro Aims for the Crown with his ‘Champion Dub’ Remix

By Ryan NewmanFebruary 12, 2020No Comments

Oooooo weeeeee! Do we have a treat for all you old school dubstep heads! The up and coming Tyro flips SubDocta x Wolf-e-wolf’s ‘Champion Dub’ into a wobbly work of art. Tyro fully embraces the song title on this remix. He challenges himself to invent his own take on aiming for the crown of ‘Champion Dub‘.

Tyro, the producer from Denver has been working meticulously to perfect his craft. Crediting his parents for spoon-feeding him a diet of hip-hop & rock n roll since he was young. It’s clear where his desire and passion for heavy bass stems from. As a teen Tyro immediately fell in love with dubstep through underground raves and warehouse parties. This became the foundation for Tyro’s producing career to begin.

Climbing up the rankings over the last few years, the producer worked diligently with friends such as SubDocta, Wooli & Walter Wilde to elevate his sound to another level. Last year, however, it paid major dividends as Tyro shattered onto the scene. An enormous debut EP showcased Tyro’s filthy medley of dubs meeting gigantic amounts of bass creating a headbangers delight. With numerous remixes of well-known artists like NGHTMRE & Whethan there was a growth seen in not only Tyro’s music but in his following as well. With continued support from the SubCarbon family, founded by the wobble kings themselves, Ganja White Night. The label brings him back into the mix once again to display his talents for all to see. Stepping up to the plate, Tyro delivers an epic banger on SubDocta’s Swonkle remix EP.

Tyro’s forceful remix of ‘Champion Dub’ begins with an emphasis on those signature reggae drums and horns help to create an old school vibe.

It’s evident from the intro, Tyro has a clear vision in mind. Alluding to the legends, Rusko, Doctor P & Flux Pavilion, Tyro flips the original ‘Champion Dub’ into a legendary remix that will bring pleasant flashbacks of those early dubstep days. The track breaks down into a hectic array of hard-hitting wobbles that teeters and bounces around frantically. The track is extremely abrasive and chompy curated for headbangers to be sufficiently satisfied with this remix.

Stream Tyro’s remix of SubDocta x Wolf-e-wolf’s ‘Champion Dub’ below. Be sure to keep it locked on his socials for the latest news this year. We can guarantee you’ll be hearing this track throughout your summer along with Tyro popping up on festival lineups sooner than later.

And if you’re looking for a solid playlist to follow? Keep up with our weekly Spotify Playlist, Fresh Hunts. Whether it’s the newest drops from Tyro and all your other favorite artists, some old school, or underground. We just want you to hear it.