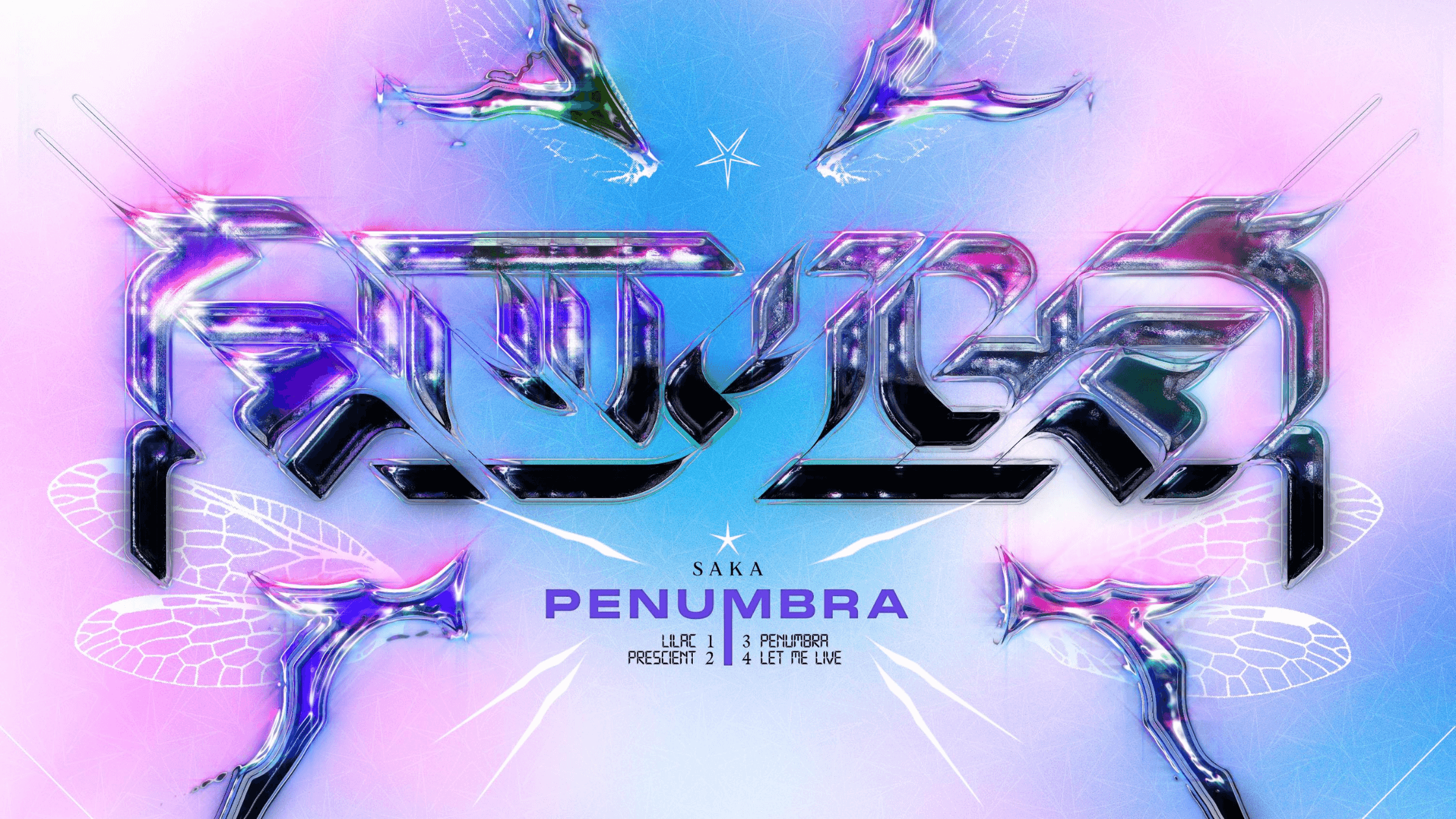 Saka graces headphones and speakers with “Penumbra,” released on May 28. A master of genre fusion and evoking powerful imagery, he illustrates conflicting emotions in this latest single off of his upcoming EP. Saka gave Electric Hawk the exclusive first listen to “Penumbra.”

A brooding work about a past relationship, the Penumbra EP drops in its entirely via DOMEOFDOOM on June 4th. Just last month, Saka released Split Punch/Wing Chun with Gud Vibrations, boasting two different record releases in a short period of time. Undeniably, Saka is garnering exponential attention as he continually sheds himself from the constraints of one or two overarching genres. “Let me Live (ft. Amethyst)” is the first single from the Penumbra EP, describing feelings immediately post break-up. He gives his succulent take on liquid drum and bass and pairs it with the angelic vocals from Amethyst. Now, Saka unveils “Penumbra;” he audiates the discomfort preceding a breakup.

Penumbra, “the partially shaded outer region of the shadow cast by an opaque object.” Not completely engulfed in darkness, but not bathed in the light. Saka translates this image into emotion and furthermore into sound in this track He creates tension with chord riffs that increase in pitch but are never fully resolved. In the first stanza, Saka follows this pattern, using contrasting low samples in tandem with higher tones. Its discordance mimics the frustrated confusion felt being stuck in a relationship when the end is in sight; similarly, when one feels still trapped in the dark.

Saka introduces hope during the second stanza. Gentler sounds enter and add in a sense of ease, looking toward the near future; they follow similar rhythmic and tonal patterns from the first stanza, maintaining the tension of being stuck. Deep, growling synths feel like a reminder of self-worth and a determination for emotional and personal freedom. Although still in the dark, the light is within reach.

Once again, Saka evokes relatable emotions and illustrates powerful imagery in “Penumbra.” He entices listeners with his impressive and unique sound design. Saka never fails to make an impact with his music, delivering unforgettable sonic artistry with every song.

Listen to “Penumbra” below and don’t miss Saka’s full EP release on June 4 via DOMEOFDOOM!

And if you’re looking for new music, keep up with our weekly Spotify Playlist, Fresh Hunts, or follow us on Twitch. Whether it’s the newest drops from Saka, all your other favorite artists, some old school, or underground—we just want you to hear it.