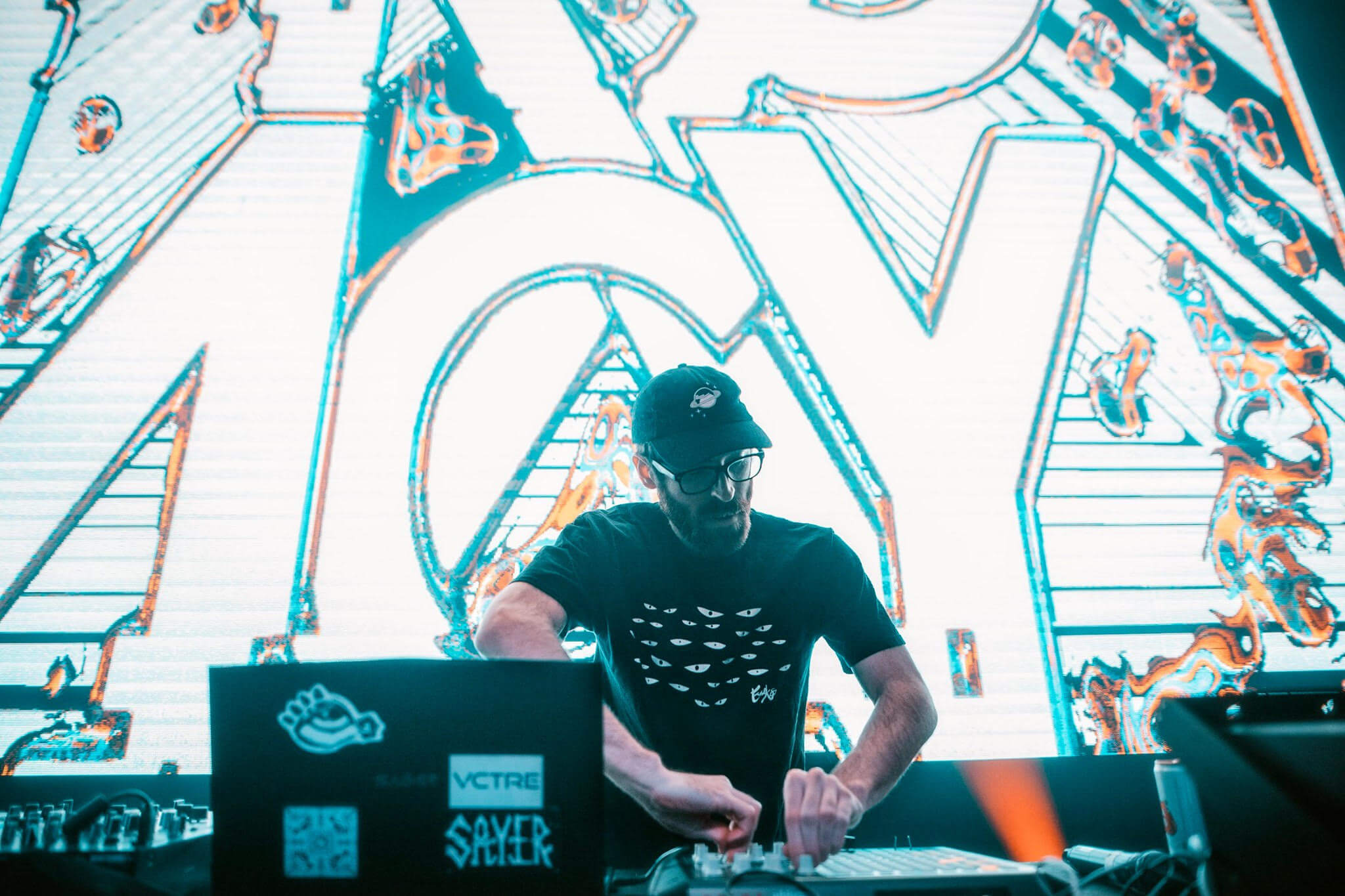 No, this isn’t an essay from high school English class. But we think it’s important to begin with a definition.

Frequency: the rate at which a vibration occurs that constitutes a wave. Either in a material (as in sound waves), or in an electromagnetic field (as in radio waves and light), usually measured per second.

When we first heard “Epiphany” from FRQ NCY, we were absolutely blown away. And not just because Chaz Hayley is a sound design mastermind. It was unlike anything we had previously heard from the FRQ NCY project.

After beginning 2020 playing support for the likes of Laika Beats and G Jones (yes, we said G Jones), and releasing his Broken Patterns EP on Bassrush in April of 2020, FRQ NCY took a brief hiatus to focus on finding alignment. We can look at beautiful definitions all we want. But what does FRQ NCY mean to FRQ NCY?

In 2021, we are set to see an abundance from FRQ NCY: new sound, new projects, and new opportunities for live music.

We had the opportunity to ask FRQ NCY some questions about the past, present, and future…

Electric Hawk: What led you to music and what motivates you to continue?

FRQ NCY: I’ve been involved with music since I was about 10 years old from playing drums, which had a lot of influence once my friend introduced me to music production in high school. During that period I was also introduced to artists like Rusko, The Glitch Mob, skream, Mt Eden, ediT, and all the dons from that time period. They played a major part in my influence when I started.

Being able to express myself to the fullest is what motivates me the most. There was a point where I wasn’t happy making music earlier last year because I was limiting myself. It took a major shift in mentality to change that. Once that happened, I found a lot more room to breathe and grow as an artist – which definitely keeps me going.

EH: Who or what inspires your sound?

FRQ NCY: Porter Robinson, especially after his Nurture release. The diversity in his sound is super inspiring. Recently, I’ve found that sketching (drawing) has been a big inspiration as well. There are times where I want to be creative, but not work on music, and I’m noticing there’s a lot of correlation between the two and how they can bounce off each other creatively. I’m not good at drawing, but it’s a great way to release ideas that are in my head. I’d love to incorporate those ideas into my music in the future.

EH: What’s your favorite part of the creative process?

FRQ NCY: Recently it’s been writing chord progressions. It wasn’t until earlier last year where I started to make more of a commitment to getting better with chord progressions and melodies. Now it flows pretty naturally and I can set up a song fairly quickly. There’s so much to learn in that area that it never gets old, and it’s always refreshing. I’m sure that process will change at some point, but it’s been really fun to do.

EH: How has your sound developed over time? “Epiphany” was pretty different from what you usually produce – can we expect more of that from you?

FRQ NCY: Going back to what I was saying above, I think that it’s developing to become more personal and closer to how I mirror myself in music. “Epiphany” was one of the first tracks I made that felt more “in line” with my sound. I think it would be fair to say that all my unreleased music can be defined in a similar category as “Epiphany.”

EH: Tell us about some future projects or plans FRQ NCY is looking forward to!

FRQ NCY: I have a project that’s been in the works for the past ~6 months that’s almost finished and embodies these new ideas I’ve mentioned. I’m extra excited for everyone to hear this. There will be more news on that in the near future, I’m sure! Now that shows are slowly coming back, I’m also looking forward to some bookings that we’ve started to accrue. It’s going to be so strange to be back in the mix of things, but I’m more excited than I’ve ever been.

We cannot wait for what is coming from FRQ NCY. Be sure to check out “Epiphany” for a peek at what is to come!

Looking for new music? Keep up with our weekly Spotify Playlist, Fresh Hunts. Updated every Friday with all the latest releases. Whether it’s the newest drops from TRIGO, your favorite artists, some old-school or underground – we just want you to hear it.