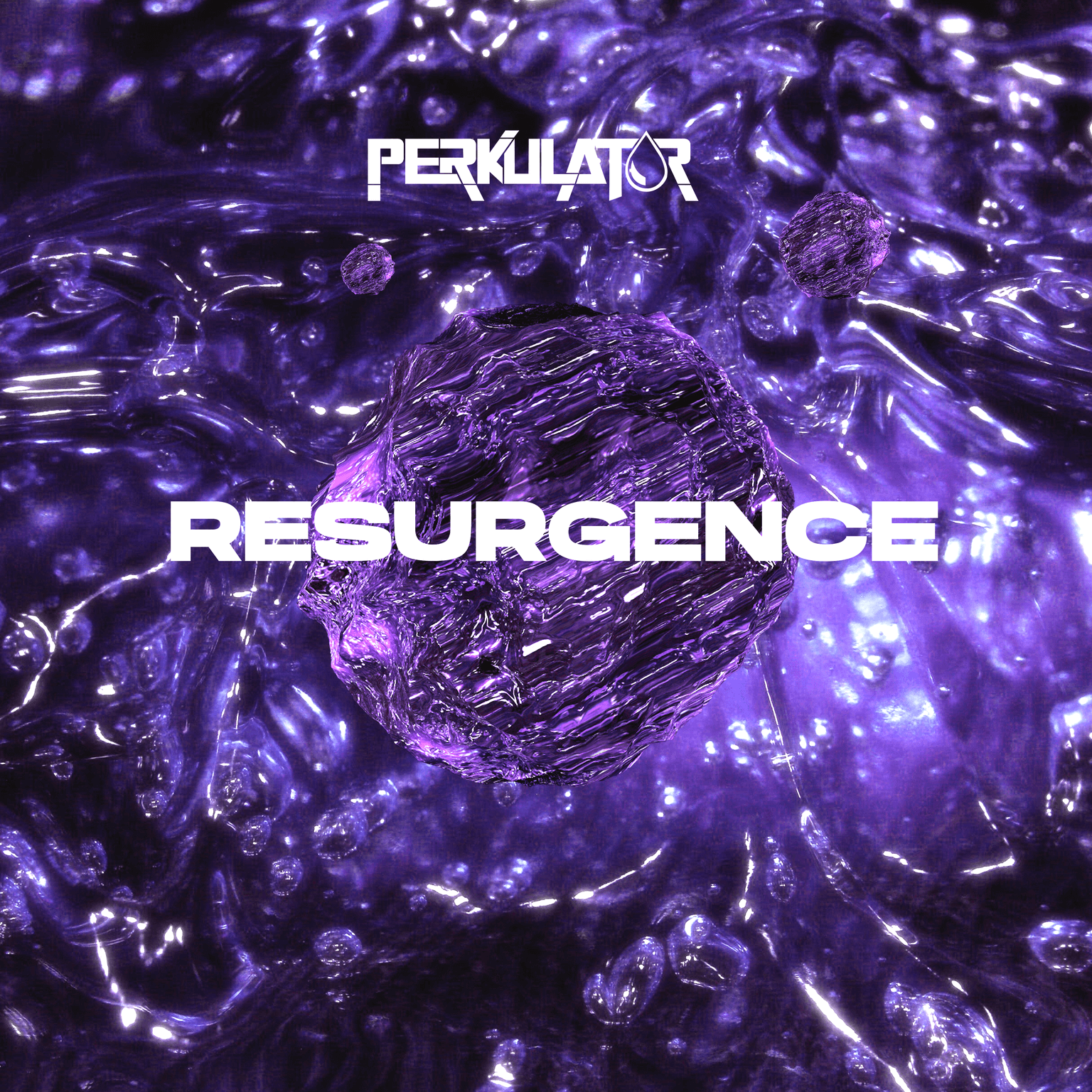 If you’re anything like the rest of us, you’ve been itching for some new Perkulat0r. Well, you’re in luck. After almost two years off, Perkulat0r has gathered 20 of his hottest IDs, threw them into a 50-minute mix, and we have the exclusive first listen. So, of course, we had to sit down with the man behind the 50 minutes of madness for the inside scoop on his time away and the brand new mix, “Resurgence.”

Ben Jamer, better known as Perkulat0r has been quiet for almost two years now. His last EP, Eternal, was a three-track deep melodic sound bath. He’s also produced some of our favorite remixes like Minnesota’s “Stardust Redux” and Of The Tree’s “6AM.” As well as landing his way onto some star-studded compilations like WAKAAN’s Tales of Wakaan back in 2016 and Gravitas Virtus In Sonus III in 2015. It’s safe to say we’ve been bumping Perkulat0r for years, and we’re so excited he’s back.

Corie Odom, Electric Hawk: This mix is your first release in over a year, what are some things you used this time off to focus on?

Perkulat0r: Yes, that is correct. It feels like an eternity since my last release! I’ve mostly been focusing on just healing and reconnecting with myself, friends, and family. Actually took a long break from music stuff in general for quite a while through the pandemic. I was doing a lot of touring before that and definitely got to a point where I needed a break from everything. I’m so glad I did because now that I’m getting back into it, I feel like I have a whole new perspective.

CO: What inspired you to begin working on this mix?
P: I’ve always wanted to do a mix like this, actually. I made a similar one a few years ago, but it never ended up seeing a release. I always knew once I had enough material to use, I would end up doing one. Also, I feel like it’s the perfect way to showcase all the new vibes and emotions that I’ve been creating and feeling. There were definitely a lot of bottled-up feelings that came out in the music once I started making music again after almost 2 years. Everything in the mix was produced in the last two months. I am sitting on what feels like more ideas than I’ve ever had before, and some of my favorite work too. I want to show everyone what direction I’m heading, and I’m itching to share all this new stuff.

Within seconds you can feel the talent and time put into “Resurgence.” A carefully thought-out flow guided through uncharted territory. Paving the way for Perkulat0r’s new direction of sound.

CO: This mix features 20 unreleased tracks of yours. How did you go about placing them into a tracklist that flows so seamlessly?
P: This is something I struggled with. It was really holding me back from starting the process of putting the mix together. I definitely had enough music to use. However, it was missing a few essential parts in my mind to make the mix exactly how I had it in my mind. I’m honestly amazed at how well the mix and songs ended up flowing together. It did take a lot of work in some parts to make the transitions flow, considering all the sections of tempo/key changes.

CO: Who have been some major influences on your sound lately?
P: There really are too many to name. I also influence from many different styles, but I’ll try to narrow it down. Some of my faves lately have been CharlestheFirst, Mersiv, Of The Trees, VCTRE, and DMVU, to name a few. I have also been really diving into ‘wave’ music since I recently rediscovered it. Some favorites are Skeler, Klasey Jones, and Sorsari. Skeler’s ‘NIGHTDRIVE Vol. 2’ was actually a huge inspiration for making this mix. Digging a lot of the more downtempo/lo-fi stuff as well.

Perkulat0r’s inspirations shine in this mix. He merges elements of wave, downtempo, DNB, traditional, and experimental bass effortlessly throughout. “Resurgence” is genre-bending and a true testament to the versatility of the Perkulat0r project.

CO: If you had to choose a ten-minute span of this mix to really sum it up, which would it be?
P: It’s hard to choose 10 minutes since all the different sections represent different vibes and feelings I was going through at the time, but there are definitely some favorite tracks that stand out. The tracks “tippy,” “blossom,” and “rhodium” were a few of the first I wrote after my time away, and they truly helped me break through the threshold and writers block.

I wrote tunes like “noescape,” “downbadtempo,” and “halodub” at times when I was going through intense emotional stuff and didn’t feel like making music but ended up sitting down and writing those. They are definitely some of my faves, especially for that reason. All the liquid dnb stuff was also really special to me because I wrote those after a vacation with a good friend of mine that left me inspired.

CO: How would you say this mix differs from your previous releases? How would you define its sound?
P: I like to think this mix is a bit of an evolution of my sound. I definitely tried to tap into the essence of my older sound with the melodic content and have been diving in and experimenting with new sound design ideas, trying to create a fresh vibe. So although this mix has a variety of sounds, it’s overall very ‘wave’ influenced. A lot of it is quite new to me as far as producing.

Much like Perkulat0r, we can’t pick a part of this mix to be our favorite. The perfectly crafted track list along with artfully blended transitions and a few strategically place acapellas – with each passing minute of “Resurgence” listeners are given something new to love.

CO: What’s up next for Perkulat0r?
P: I’m really trying to make a comeback after being so distant. I feel like it’s perfect timing, too, now that things in the world seem to be balancing out. There are definitely many new music and releases on the way, and I am 100% trying to get back to touring. I feel better and more stable than I have in a long time, and I can’t wait to get back out there.

CO: This mix is incredible, and I’m so excited for everyone to hear it, but do you have any final thoughts for your fans?
P: Thank you so much. I can’t wait for everyone to hear it finally. My only thoughts would be to look out for your friends and loved ones, check in on them whenever you can. It means a lot, especially during these crazy times. I went through a lot of intense mental health stuff a few years ago, and it would have been a lot worse without the support of my loved ones. So after experiencing that, I’ve tried to be as transparent as I can about mental health and my experiences.

In the future, I’m going to try and use my brand to spread positive awareness. I love my fans like my friends and want to help in any way I can with my music. Music has always been there for me and has always helped me heal. One of the things that kept me inspired with my music was knowing I could possibly help other people with my art. I hope everyone enjoys all this new music, all the love to my fans, and everybody supporting my project!

Make sure you take out 50 minutes of your day to fully indulge in “Resurgence.”We cannot recommend it enough, Perkulat0r didn’t have to spoil us like this but he did, and for that we thank him.