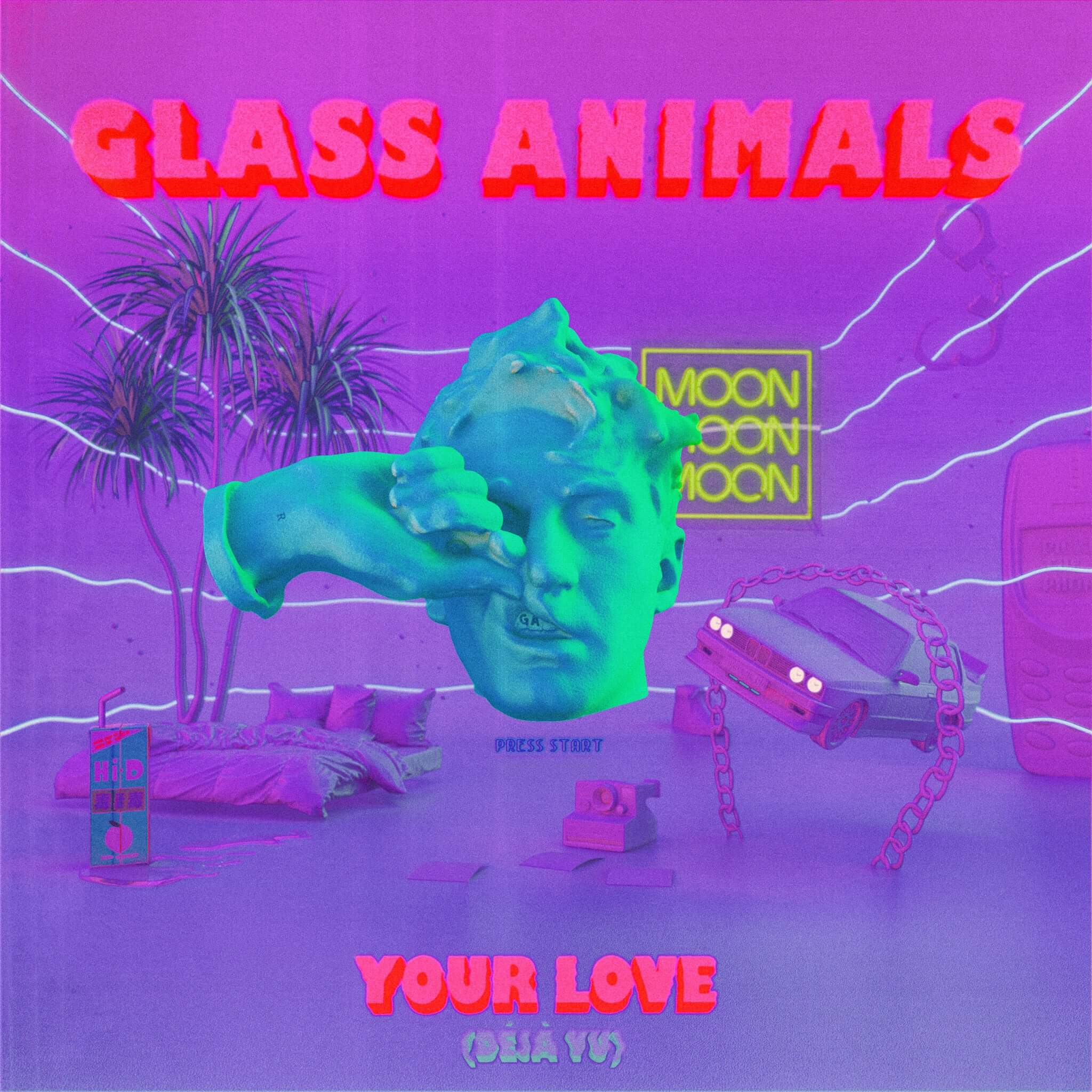 Glass Animals Is Giving Us Deja Vu with New Single, ‘Your Love’

By Brianna IrvinFebruary 19, 2020No Comments

2020 is already lining up to be a good year for Glass Animals. Following up their last release of Tokyo Drifting in November, the four are warmly welcomed back with their newest single, “Your Love (Deja Vu).” It’s psychedelic and full of the abstract lyrics that longtime fans know and love, paired with the notes of a flute weaving in and out of the catchy melody.

Dave Bayley, producer and lead singer of Glass Animals, commented on the thought process behind the track.

I think we’ve all found ourselves in f__ked-up relationships that make us feel sad and helpless. Not necessarily something romantic maybe it’s with a family member or a friend. A relationship that we know on some level is going to keep breaking our hearts. We let that person back into their lives over and over again, even though it always ends the same. Maybe you don’t confront it because you hope it’ll change with time.

Or because it’s easier to let it slide and never set boundaries. Maybe you think you deserve that unhappiness. Or maybe you find some strange comfort in the chaos. This song is about that…about being addicted to chaos. About doing or allowing something self-destructive because on some level you get off on the sadness that comes of it.

The band will also be on the road again for their “Deja Vu” tour for the first time since 2018, when their drummer Joe Seaward was involved in a nearly life-threatening cycling accident.

They announced a run of intimate shows at small venues throughout the US, saying they wanted to perform at “some of the spaces they played when they first started out, reminding themselves of what they have and what they nearly lost.”

All of the shows sold out within seconds, along with two completely sold out nights at Red Rocks amphitheater, where they’ll be joined by Denzel Curry. So far, they’re set to headline festivals such as Okeechobee, Buku, and Bonnaroo. And it may be too soon to speak, but all signs are pointing towards this being the first single from a forthcoming album.

Listen to Your Love (Deja Vu) below! Available on all streaming platforms