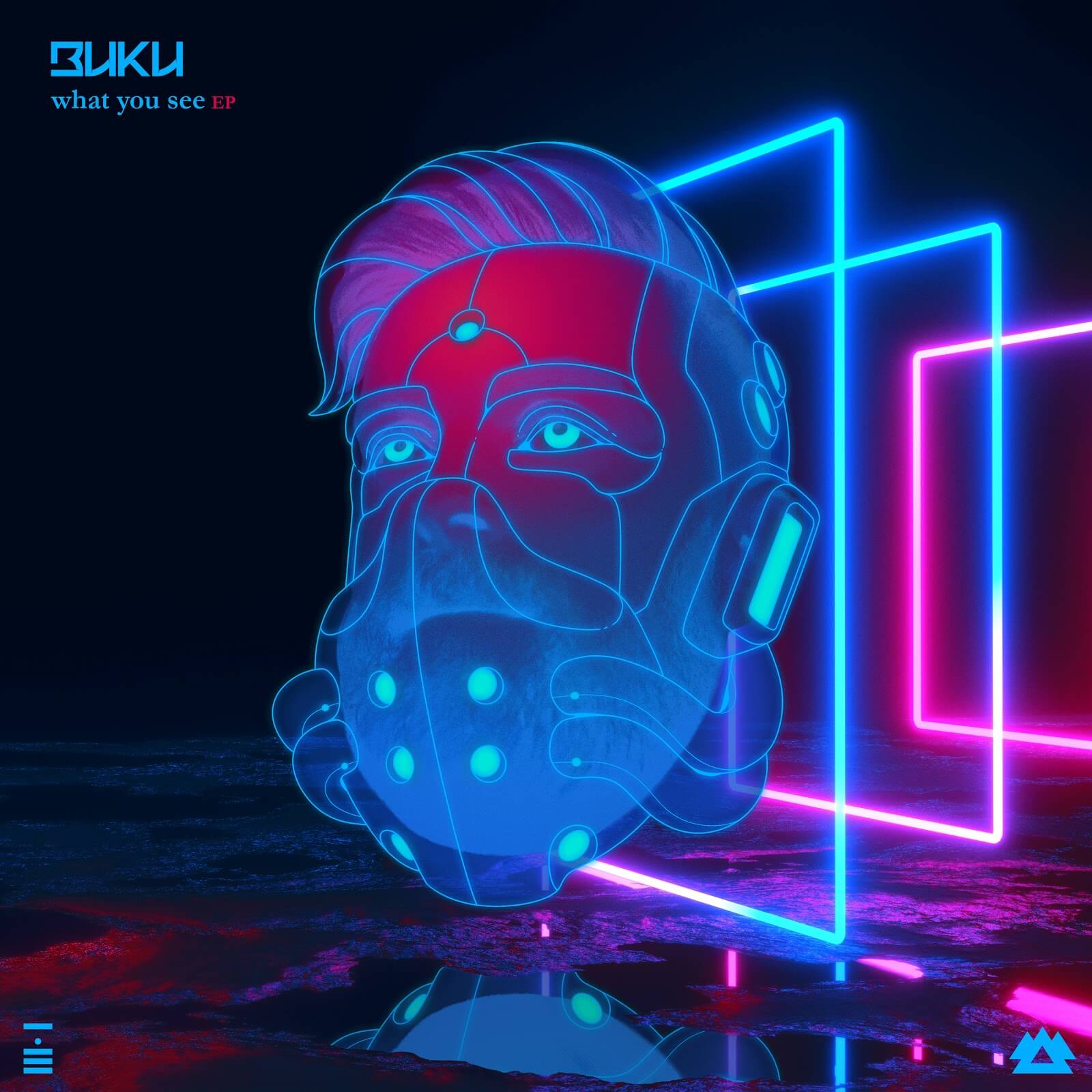 Buku Cultivates His Vision on ‘What You See’ EP

Some things never change like Buku being that motherf’in dude. The extremely versatile producer is an absolute godfather in the electronic realm. The man simply does not try to limit his sound, rather explore and continue to discover unique new sounds. From trap to techno, bass & dubstep, and utilizing the Moog modular to create magic. Buku is not giving us a goddamn second to catch our breath after taking it away.

I had first heard of Buku when I was just getting into the electronic scene. Trap was my entry point into the electronic world of music birthed from my love of hip-hop.  While I immersed myself into the world of real trap sh*t, became a simp for Mad Decent Block Parties and YouTube trap playlists (shoutout All Trap Music & Trap City), one name continued to dominate headlines. Buku. And to think that was only the beginning, fast forward seven years, and he has still positioned himself as a force to be reckoned with in the bass community. He has since made the righteous transition of hip-hop 808s to the dark wormhole of exotic bass.

Buku aka Robert Balotsky, the Pittsburgh native can now add the title dubstep don to his resume. Hawk approved.

Incase you weren’t aware, dubstep is what all the cool kids are talkin about. After the gigantic announcement made by Excision and his crew to release over 100 new songs premiering on their new label, it seems as though this EP couldn’t have come at a better time. Teaming up with Liquid Stranger and the Wakaan label for the first time, the collaboration felt incredibly organic.

What You See EP is a three-track project featuring rich production and intricate sound design that is sure to overload your serotonin receptors. “What You See” had previously been released as an appetizer to the main course that is this flavorful project. Lending his beautiful vocal cords to the track, Buku elevates our minds to a glitched out, simulation-like dimension while he ferociously works the synths like patchwork.

“Uh Huh” is hands down one of our favorite bass tracks of the year.

Buku snapppedddd on this one. The mutated beats are layered and echoed throughout the track placing the emphasis on the bass which causes mass destruction. The track phases in and out while vocal chops fully bring this behemoth all together. The thick bass lines are sooo dense and powerful we neeeeed to feel this baby full force on a premier sound system.  Buku flexes real quick that he’s got this whole bass music thing on lock down.

“Pinky Fingaz” is for those fancy mfers. Y’all dubsteppers are about to be eating a 5-star Michelin full course of heavy bass. A real headyyyy dubstep chune that’ll undoubtedly be a force at shows when we all can safely reunite in the most glorious way possible. As the vocals repeatedly ring off “pinky fingaz up”, the machine-like synths roar mighty and smack you around for a good old serving of frequencies of hammering bass. As sirens screech in the background, they only amplify this intense tune. We may be left with a sore neck but man, we are feeling fulfilled.

Stream Buku’s What You See EP below:

If you’re looking for a solid playlist to follow? Keep up with our weekly Spotify Playlist, Fresh Hunts. Whether it’s the newest drops from Buku, all your other favorite artists, some old school, or underground—we just want you to hear it.