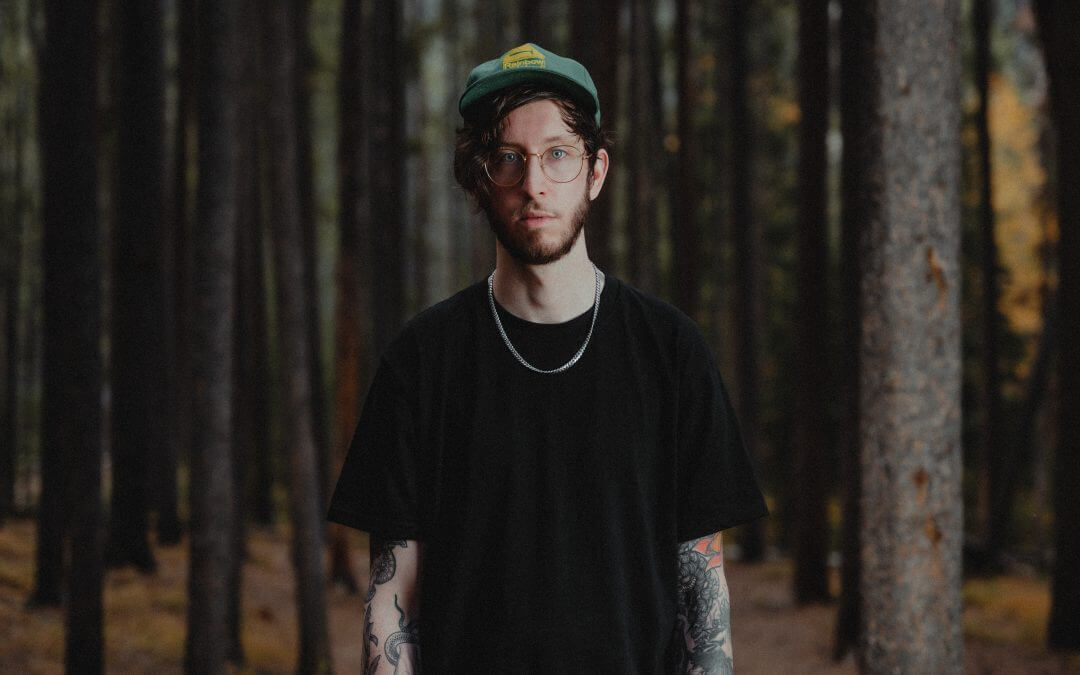 Everyone’s favorite forest dweller, Of The Trees, continues his hot streak with his latest venture, Memory Palace. After recently releasing The Tale of Elegos EP, and storming through the U.S. alongside Clozee and Tripp St. for the Neon Jungle tour, OTT shares the exciting news that he’s starting his own record label.

In light of recent events, we sat down to chat with the man himself to talk about his EP, the inspiration behind Memory Palace, and more, in this Electric Hawk Exclusive Interview.

Hayden McGuigan, Electric Hawk: Firstly, how are you? I hope all is well in your universe 🙂

Of The Trees: I’m doing well. I recently dealt with Covid, which certainly wasn’t fun. I’m back to 100% now though, with the new appreciation for health that tends to come with getting over a sickness.

HM: When I first heard the name of your latest project, I admittedly turned to Google in search of a deeper meaning. The results gave me a fictional character, named Elegos, from the Star Wars universe, and informed me that “Elegos” is a term for ancient Greek mournful songs that often involved pipes. In your own words, what is The Tale Of Elegos?

OTT: My usage of the word “elegos” stems from the ancient Greek origin of “elegy”. In some ways this project is indeed a mournful poem – it was written throughout the initial lockdown quarantine, while a large portion of the life I previously knew was flipped entirely upside down. At the same time, the creature on the album cover is a humanoid mouse that I’ve named “Elegos”, the main character of the project’s conceptual narrative. I’ll leave anything else up to the listeners to dissect – it’s more fun than me trying to explain it.

HM: This EP showcases your roots spreading deeper into the downtempo realm. What draws you to the more intricate and tranquil side of bass music?

OTT: I typically listen to music like this if I’m listening to any sort of “bass music” in my free time. I’ve been a massive downtempo fan for most of my life, and I finally reached a point with my creative intention where I set out to write a piece of music that I would enjoy again and again in a parallel universe, had I not written it myself. I’m also still sitting on a fair amount of heavier projects that I’ll be releasing in the future.

HM: Overall, the EP is rich in texture and filled with incredible vocal performances. What is your favorite part about creating with vocalists? And who else would you like to work with in the future?

OTT: Vocalists just bring so much life to instrumental electronic music. I love collaborating with other producers, but it is also a sacrifice; you may not initially resonate with the other artists’ input or changes, and there’s a continued sense of balance required to ensure you’re not just subconsciously trying to steer the art into a comfortable direction with your personal artistic bias.

Working with vocalists, however, is like working with a session instrumentalist. Their voice is an instrument; it naturally intertwines and meshes with the existing music instead of disrupting it. I typically give the vocalists featured on my songs a basic concept for the lyrical direction, and sometimes an idea of delivery or flow that I have in mind – but then I let them do the rest. After they’re recorded, having the raw vocals to manipulate and further bring to life is one of my favorite parts of producing music.

I’d obviously love to do more songs with the amazing vocalists I had on The Tale Of Elegos, but as far as other people I’d like to work with; I’d say more hip-hop/rap artists. Gunna hit me up.

HM: As your community grows alongside you, what has been your most surreal moment in the music industry thus far?

OTT: Even in the last year alone, there are too many to count. I try to avoid getting too fixated on my high points – which probably isn’t the most mindful way to approach my career, but it ensures I’m constantly creating new goals to strive for. Each and every time I play a particularly well-received set or read a heartfelt comment, it never fails to feel surreal to me. Oh, and when people send me tattoos they got that was inspired by my work or featuring my album art. That’s always wild.

HM: What are the best and worst parts about being on the road and touring again?

OTT: The best parts are obviously connecting with the people that love my music and performing for them, but I also love seeing new places while traveling. I have performed in almost every state at this point in my life, but so much of my time spent here or there is too brief to see much. The worst parts are the haphazard sleep schedules, airports, and sometimes the challenge of trying to find decent food in the more sparsely populated locations.

HM: Are there any upcoming shows you’re extra excited about?

OTT: All of them, but I’m particularly excited for the show with CharlesTheFirst and friends at the Caverns in Tennessee. We’ve got a lot of similar visions for what we want to see in electronic music, and every time we play together I leave inspired and fulfilled.

HM: Tell us more about your latest venture, Memory Palace. What inspired you to start a record label? What kind of music can we expect from the label? And which artists would you consider to be the “perfect fit” for this world you’re creating?

OTT: I’ve been self-releasing my music for the last 4 years, which has been going great, but I’ve always wanted a pocket of the industry for my friends and I to call our own. I wanted to create a label that implemented my personal approach to releasing music to other artists I resonate with, ideally helping them reach a larger platform, as well as creating a sense of community within a group of like-minded artists and friends. I wanted to build a label within the North American electronic and bass music scene that very transparently put emphasis on artistic freedom and experimentation within well-produced high fidelity electronic music, with an extra-large emphasis on visual accompaniment to the music.

My good friend Esseks had been sitting on the name idea of “Memory Palace” for quite some time, as he intended to use it as a song title – but when he contributed it to the name pool, we all knew it was the perfect one.

At this time I am not accepting any submissions, but I have a crew of longtime collaborators and friends that have been alongside me this entire time as the label and vision was conceptualized – and they’re all sitting on some seriously incredible work.

HM: Tyler, thank you so much for taking the time to chat with us. Before we wrap this up, is there anything else you’d like to add?

OTT: Make sure you watch the new Dune movie.

The Of The Trees project has been a longtime favorite over here at Electric Hawk. Tyler’s ability to transcend musical boundaries and translate his story through sound is nothing short of remarkable, and we are so thankful for his presence in our community. Between jaw-dropping live performances and captivating collections of music, we can only imagine what’s in store for the future of Memory Palace. This marks the start of a new chapter for Of The Trees, and we are so excited to follow along.

Listen to The Tale of Elegos in its entirety below, follow Memory Palace on socials to stay up to date, and for the love of God, go watch the new Dune movie.

And if you’re looking for new music, keep up with our weekly Spotify Playlist, Fresh Hunts, or follow us on Twitch. Whether it’s the newest drops from Of The Trees, all your other favorite artists, some old school, or underground—we just want you to hear it.