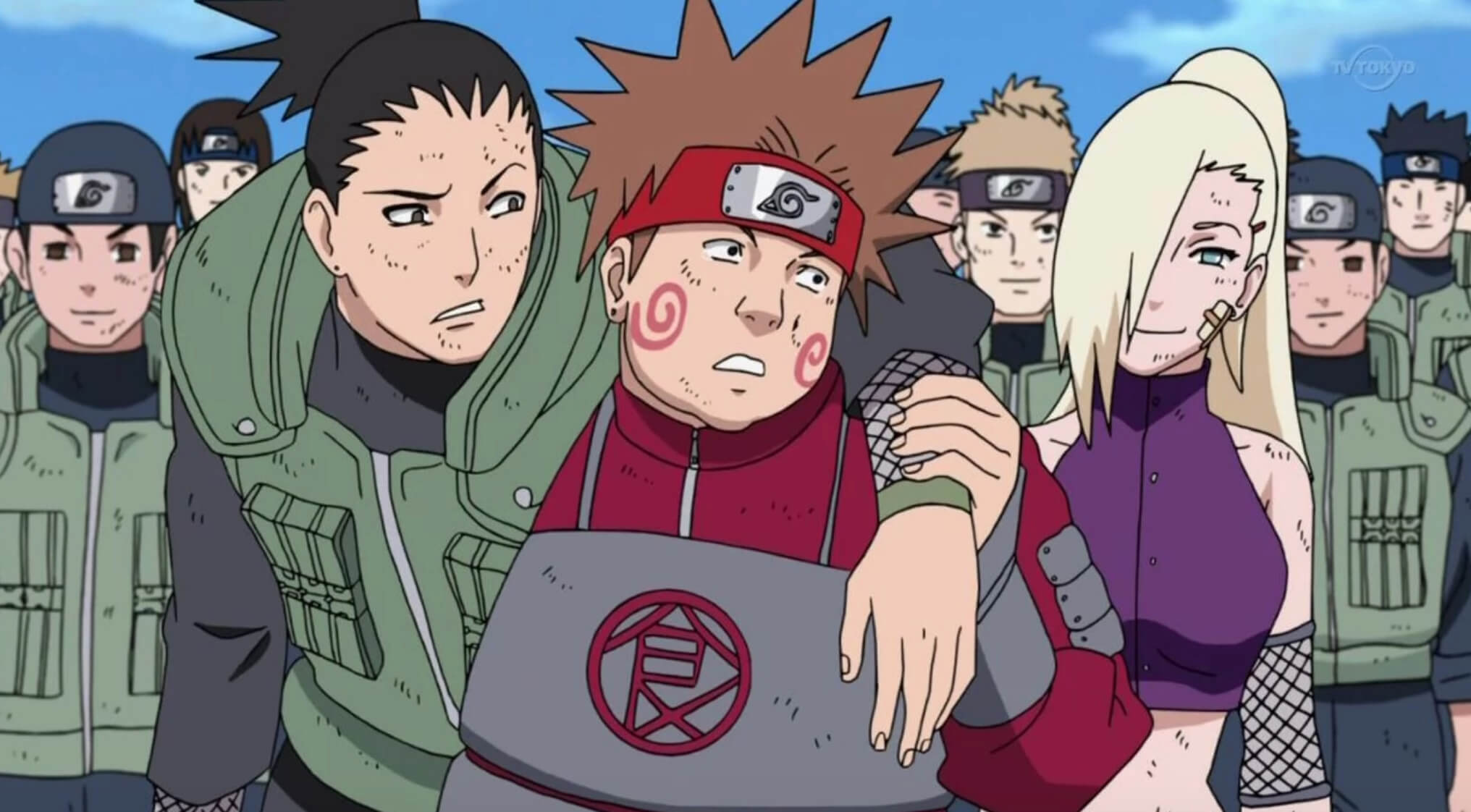 By unpopular demand, I continue to delve deep into the music tastes of our favorite Naruto shinobi. Some side characters felt shorted by the feature about the main characters, so we spoke with the rest of Naruto’s graduating class to learn about their preferred genres of electronic music.

Disclaimer: the following definitely contains spoilers for both Naruto and Naruto: Shippuden. What you read from here on out is not my fault. Or, entirely my fault.

One of the most enigmatic shinobi, Shino considers his bugs with every decision he makes regarding music. As such, he and his little friends find themselves entranced by psychedelic bass. The shifting biosynethic beats and organic sounds of artists like Soulacybin and Quanta transcendentally mimic the nature that the bugs adore. Putting it simply, this man and his insects love getting TIPPED. Catch them on the outskirts of the crowd at the next Tipper and Friends!

This sweet little woman, riddled by anxiety, finds solace in the calming artistry of gauze pop. Lane 8’s seasonal mixes are something she always listens to while training or walking around the Hyuuga property. Her favorite band is Glass Animals, a discography filled with eccentric loves songs that give her the courage to finally make eye contact with Naruto. Maybe these same songs fueled her to stand up to Pain during his attack on the Hidden Leaf.

And no one was surprised! Somehow, this furry managed to collect a massive backlog of dog-adjacent music. Kiba loves the wonky bounce from Lost Dogz and the demonic bass of Slang Dogs. LUPA also rotates through his headphones, satiating the canine instinct for four-on-the-floor.

Between teaching, pregnancy, and relentless chaos in the Leaf Village, Kurenai can certifiably say that it’s hard being a bad bitch. With a life riddled with violence and chaos, Kurenai attempts to bring a sense of beauty and calm to her life with vapor twitch. Specifically, she seeks out celestial and gentle tracks that trickle like water through her garden, offering healing and growth through her struggles.

Without a doubt, Choji is body positivity royalty, and he will absolutely beat the shit out of anyone who has something negative to say about his appearance. High-energy and full of joy, Choji fits right in with the euphoria of happy hardcore and it’s accepting community. The fast-paced, driving rhythm underlines uplifting synths, and it perfectly pairs with Choji’s personality. He tries to share the joyous sounds and shows with his best friend, Shikamaru, although there’s a bit of contrast between their tastes.

Obviously, the biggest brain shinobi in the Leaf listens to the biggest brain genre. The shifting soundscapes immerse Shikamaru in his complex web of thoughts. It even makes great background music for playing his favorite game, Shogi. His neurons are stimulated by textures and sound design, inspiring his next strategy. And he’s not even a god-complex dick about it! Unless, of course, you need to be reminded who your god is.

Although suffering from the classic poorly-written woman trope in anime, Ino still empowers herself with the technicolor synths and driving energy of melodic dubstep. Combining her focused self-confidence with her delicate side, she bumps Au5 during training and Illenium for her shifts at the flower shop. Maybe it also encouraged her to move on from no one’s favorite sad boi main character, Sasuke, and into the arms of a real man: Sai, the crop-top-wearing painter.

No one on Team Asuma seemed to like my commentary, so I had to take my leave. Although there’s one ninja down, there’s still many more to speak with. In fact, I heard some music-loving ninja from the Hidden Sand village are visiting Naruto soon…

Looking for new music? Keep up with our weekly Spotify Playlist, Fresh Hunts. Updated every Friday with all the latest releases. Whether it’s the newest drops from all you favorite artists, some old-school, or underground…we just want you to hear it.