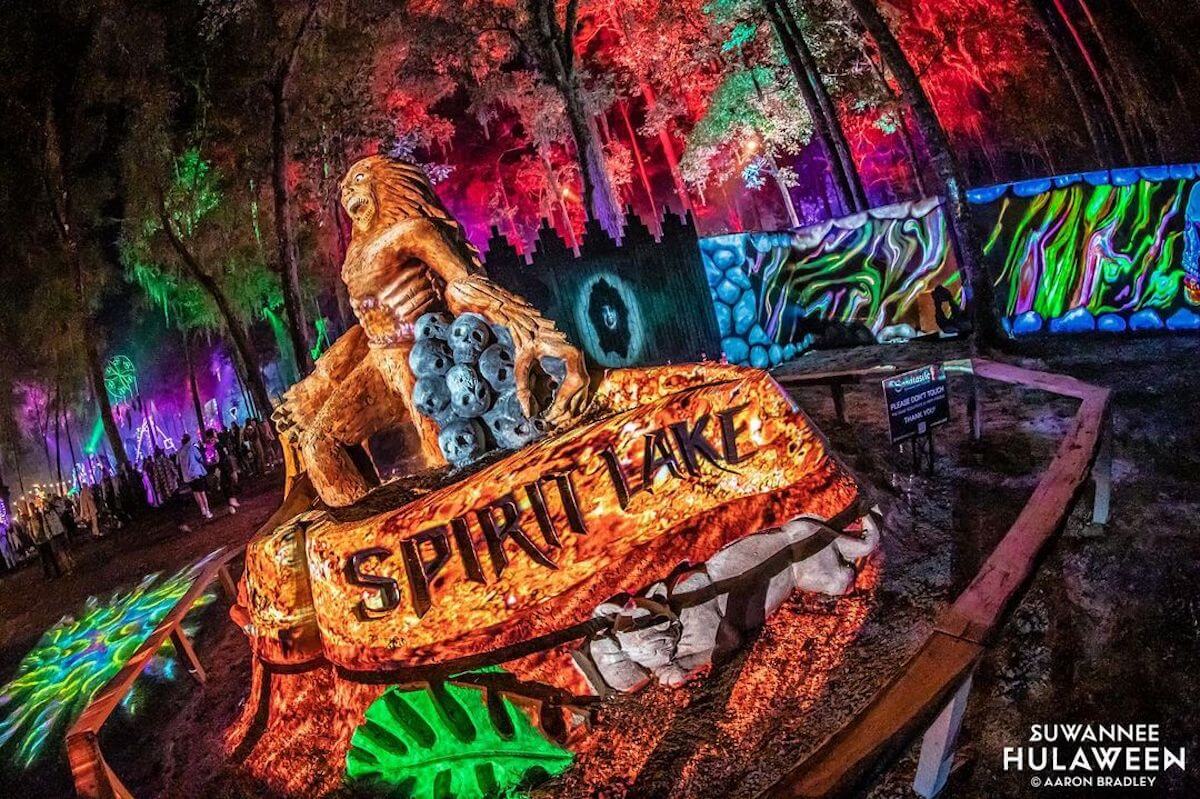 9 Non-EDM Artists to Look Forward to at Hulaween 2022

Spooky season already? The year has flown by and all of the sudden, Hulaween is around the corner. The electronic music on this lineup is definitely impressive, featuring Player Dave, Clozee, Gorgon City, and more. Since this is Electric Hawk, we usually focus on Electronic music. Makes sense. But one of the great things about Hula is the balance of different genres. Ranging from Electronic to Jam, to Rap, and all over. So going into Hulaween 2022, I wanted to highlight artists in different genres who are sure to put on a spectacular show this year.

This first one is a freebie. I mean, Hulaween is literally their festival. The Cheese own Hula, and for good reason. Playing 6 times over the course of the 4 days, the Cheese are a huge reason for Hulaween’s popularity. With their fun takes on Jam, their legendary status is for good reason. When I went for the first time in 2018, I was not hip to the Cheese, I left wondering when I could catch them next. If you are going, make sure you catch at least one of their performances. Specifically the Saturday night Theme Set.

Looking for your fix of Rap/Hip-Hop? Look no further than JID. The Atlanta-based rapper is becoming a huge name running the festival circuit. Known for his conscious beats and smooth flows, JID is a name to keep an eye on. His recent album The Forever Story has been receiving massive praise from critics. He’ll be playing at The Hallows stage late Saturday night.

STS9 is another staple of Hulaween. They’re also a great act to see for electronic fans looking to dip their toes into more instrumental acts. STS9 is an instrumental band, but their music is heavily influenced by electronic music, as well as funk, jazz and more. Some of our previously unfamiliar readers may recognize them after they melted the audience at Wakaan Festival. They always put on a spectacular audiovisual performance. They’ll be taking over the legendary Amphitheater stage at 11pm on Saturday night.

Led by Joe Russo himself, Joe Russo’s Almost Dead, JRAD for short, does the Grateful Dead justice. They are one of the most successful and popular dead cover bands at this point. Their presence at Hulaween every year is basically a guarantee. They’re getting 2 hours to jam out on the last day of the festival.

The Boston-based Lettuce are always a blast. I was able to catch them at Hulaween 2018 and they stole the show. Their funky and fast-paced style is never a bad time. They’ll be shredding The Hallows stage Saturday night. The only downside? Their set conflicts with the wonderful Of The Trees.

Two Feet will be playing at The Ampitheater Sunday evening. A great mood to help close out the festival. The singer/songwriter has had multiple hit songs. “Go F*ck Yourself” being the biggest.

The Fearless Flyers are as groovy as it gets. Made up of Joe Dart, Nate Smith, Mark Lettieri, and Cory Wong, this group can rock out with the best of them. Take one listen through their Spotify and you’ll be hooked to the funky beats these guys lay down.

Speaking of Cory Wong, the grammy-nominated guitarist is getting his own solo set. With a background in Jazz, Rock, and Funk, Cory Wong has the ability to get extremely versatile in his sets. If you rock with The Fearless Flyers, you definitely don’t want to miss Cory Wong.

There really isn’t much needed to be said about Portugal. The Man. This rock band has become one of the biggest in the country, and for good reason. Their biggest hit, “Feel It Still” is a lovely display of their talent. Meanwhile, their recent release, “What, Me Worry?“, captures the inspiring feeling their music has been known to deliver.

Hulaween 2022 is just around the corner…check out something new and make this a special one.

Hulaween is set to be a great one. If you’re looking to expand your array of artists, check out some of these artists above. Or better yet, go see someone you’ve never heard of. Give it a chance. It’s always worth it.